Becoming a Writer and the Adventure to Journalism 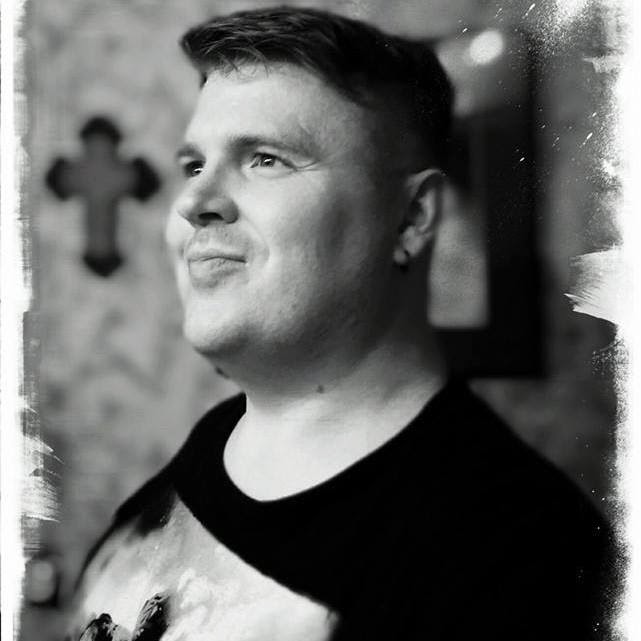 Things are never the simplest of choices, but when it came to writing, that was not something that was expected. Our lives offer us many different paths to take. Some of those paths will lead us to friends, jobs, and the life to obtain with it. Some of those other paths take us to a world where there is not a lot of money, but there is an incredible amount of fun to be had in it. That is where my adventure begins, a road that I only dreamed of as a kid, and one that I am proud to walk.

It started about a year ago and was a big surprise to me, but lets go to HOW this adventure started and the why. It was a rather nice and cool night, the bar was hushed with some dull music playing, but the chatter of laughter and voices was enough to keep the place loud. My friends dad Cecil was next to me. This man I, in ways, have a lot of respect for. It was his words that inspired me. He’d asked me in a rather calm and collected manner about why I play games as much as I do. The answer was simple: I love them.  His question though was not getting the provided answer. This was easily figured out when he asked me again about why I love them. Dumbfounded it took me a second before I took a sip of my drink (at this time I was obsessed with amber brews) and went to respond. The problem was? My response didn’t come out. I couldn’t answer him so I kept my response silenced with my drink until I figured it out. Once I figured it out, I turned to answer him and the answer was more of what he wanted. I love video games because of what they provide. From the well scripted stories, character development, animations, the living animated worlds that are crafted in them, and even the engines used, but that wasn’t all. There was more than just that. It was the sheer will, passion, and drives the developers and their publishers have for these games to be successful that drove me to experience their work. His next question though, that was one I was not expecting. What was it? Well your answer is what you are reading and the question all the same: why not do something with it? I was dumbfounded by this. Shocked really. It was the very next day that I was able to sit down and open up my word editor. My writing skills were probably the worst thing I’d seen since reading my last book report for high school.

Though my efforts were seemingly in vain at the time. Why? I had no clue what I was doing. It lead me to almost putting my chair up, taking off my glasses, and walking away. Though something unique happened. I got a response from Mike Futter of Game Informer. What did I ask? Simple. How to become a writer. How to get somewhere with it. His answer to this day still resonates with me: Write. Practice writing even if once a day. So what doe that mean now? I still practice. I still work every day on it. Because of this I got someone in the industry that helped me get to where I am now. Not just a writer, but a journalist and a founder of a journalism team. His words are something that I have written on a post-it that sit inside my net-books bag.

After my email from Mr. Futter, I was on my way. I practiced, I reached out to the public relations teams for multiple studios. Nothing picked up immediately, but a unique opportunity arose. Thanks to Mr. Drake and Nick Chester at Harmonix, I was able to do an email based question and answer with Daniel Sussman, the Project Lead Director for Disney’s Fantasia, which is their upcoming title for both XBox 360 and XBox One. This opportunity granted me an insight to what it was like to speak directly to game developers, but also how to ask questions, to word them so that I can form adequate sentences within an article. It opened a flood gate of chances that I had never thought possible. Shortly after the article had been written in regards to Mr. Sussman’s responses regarding the upcoming project, I took once more to Twitter. There I reached out, followed writers, and began to understand their writing styles, but also their interactions with the public. Thanks to having read websites such as Joystiq, GameSkinny, Game Informer, How To Geek, and many other sites, I picked up a few lessons. To be open minded. That is where I took the time to hunt down and follow writers such as Geoff Keighley, Mike Futter, Susan Arendt, Andrew Rainer, and many others. These people reminded me of what it takes to be successful, but also to remember that being a journalist and gamer is to have fun. To do something you are fully passionate about.

Within a few months my experience had grown. Blast Away the Game Review began to grow, followers began to arrive thanks to the support of friends, family, and even people just purely curious about what we write about. We went from a team of two, to a team of six, from a team of six to a team of four, and eventually up to eight. The team fluctuated as each of us began to clash heads. Why? We were inexperienced and had very little leadership skills among our team. Some of wanted to voice our opinions, some of us wanted to be calm and collected, but also let our wants and needs get ahead of us. To me, this was it, I’d finally made it. A team, even though we seemed to be a dysfunctional family, and a bunch of emails, articles as well as reviews right in front of us. That was the least of our worries though. We’d begun to lose sight of what we were pursuing, even I had begun to lose sight. I forgot what I wanted most: to be a gaming journalist. The vision began to become skewed as the hunger for reviewing had began to take over and it was then did the enjoyment fade away. The news was exciting, seeing upcoming title emails roll in and fill the inbox, and before long a review title here or there. With a team of eight, this is shared, and sometimes that seemed dumbfounding boring. Who wants to share? That was the mindset that had begun to set in. Then I remembered what I’d seen on other places. Journalists aren’t scared to help out other people. They are there to share an experience, to provide it, but also to get feedback.

Once more I was set back on track. I had decided it was time to not just review and wait for emails, but to do what I’ve seen before. Opinion articles, thought articles, and even public discussions regarding these games, but also the society around the games. To me? This was what journalism was about, whether it gets hard and emails do not pour in as you’d hope, or the review season would get slow and boring. The easiest thing to remember? There’s always a lot of research out there. A lot of projects that some people may not even know about due to the ever growing Kickstarter and Indie Developers scene. For me? I was inspired and am inspired to be a writer because of the hardships it provides, but also the unique things I get to see, do, and even experience. To me that is what makes me as a writer so unique. I get to experience and see things I’d never imagined. I will hopefully, one day, sit with the big dogs in the gaming journalism and even developer world. It is because of two words that I strive to be a writer and what has inspired me to become one: Practice daily.

In this I want to take note that becoming a writer was not an over the night project. It has taken months, if not now a year to even get where the Blast Away the Game Review team and myself even are. With our first convention coming up, it’ll be a test to see how well and how much information can be provided, and with great accuracy. To me it is things like this that test us, make us who we are, and define our trade skill. It also will teach us that sometimes we must first fall to our knees, crawl, and learn to once more walk before we can run. To me, this is what inspires me to become a writer every day and work as hard as I can to be better at it. I want to give a very special shout out and thank you to the following people that helped get me started: Daniel Sussman, Nick Chester, John Drake, Susan Arendt, Mike Futter, Cecil Metcalf, my parents, my team, and my friends who trust and believe in what I do. Without all of you I would not strive as hard as I do to become a better writer, to drive as hard as I can at this, and make it happen. Because of you guys, I’m inspired, and I want to thank the gaming community inside and out for this chance that has happened.

If you see me at a convention? Give me a shout out. I’ll always say hi. This is Dustin Murphy and I’m a gaming journalist.
Posted by Unknown at 9:40 AM