Toukiden: The Age of Demons Review - Are You an Oni Slayer?

Toukiden: The Age of Demons Review
Originally Published and Copyrighted by Blast Away the Game Review on 2/10/2014
Written by Dustin Murphy 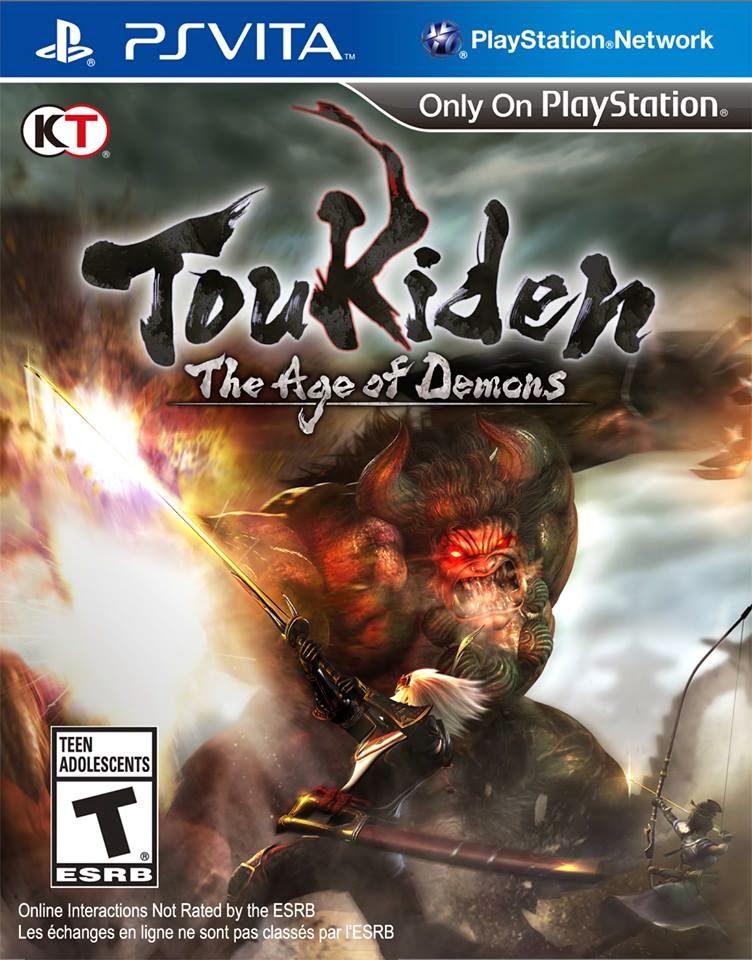 Notice: For Screen Shots and a gallery, please visit Blast Away the Game Review on Facebook by clicking the link above in the copyright information.

Final Thoughts: When it comes to the PS Vita needing a game as unique as Monster Hunter, but not it, Toukiden: The Age of Demons has come to heed the call. I found myself unable to finish some missions in the five to ten minute area, but instead found myself grinding for hours to finish quests, make armor, and ultimately upgrade some equipment. In many ways I was able to see the influence without even wanting to say Monster Hunter. The story is unique, driven, and allows for an amazing adventure through Japan’s demon filled lands with friends or the A.I. team that has a quirky attitude. This is a game that the PlayStation® Vita has been needing all this time.

When it comes to the PlayStation® Vita, it has been lacking in the field of grind based games. With only a few out there, namely Ragnarok Odyssey and Soul Sacrifice, the PS Vita has been in dire need of a game to fill the void an absence of Monster Hunter created. In turn TECMO KOEI and Omega Force have opted to fill in the void with their newest handheld entry 'Toukiden: The Age of Demons'. In 'Toukiden' players will be created with several things from the get-go. One of these things is simply a character editing that allows for a robust character creation that features a plethora of face and hair choices. Shortly after players will be greeted with a class choice that features several weapon types; Sword, Dual Daggers, Archer, Spear, Chain and Sickle, as well as some amazingly brutal fist weapons. After having created the character and selected a starting weapon style, players will be thrown into a rather in-depth tutorial that will allow players to adapt to the world of Toukiden.

Once players have entered into the world, they are greeted with a rather grim future, and that future is not something anyone would want. In many ways having put them in one of the final bastions of humanity. Having done the intro it was time to quickly become acquainted with the world of 'Toukiden'. Players will take on quests and missions by gathering resources, defeating bosses and of course enemies that vary on each map type and each era. Some resources can.be specific to an era or a variation of the enemy type the game has in it. However, do not fret. The missions can be completed online or in local ad-hoc mode allowing for players to group up, play, and converse without the need of internet. For those who decided to trek through their adventures offline can do so with a group of personality filled A.I. partners that at times prioritize enemies over reviving or helping you.

Once past these basics, 'Toukiden: The Age of Demons' takes another twist. Remember that material farming that was mentioned? It's there. After putting in roughly twenty hours into the game, it was time to gear up, make new weapons, and upgrade. While doing thus players will have to revisit previous foes they've slain by selecting those missions they had once completed. Through their adventures in downing bosses players can obtain Mitama, which will give them special abilities during their adventure. Each of these Mitama take on different characteristics for example: Minamoto no Yorimitsu who focuses on attack or Lady Tokiwa who specializes in healing.

The Mitama a player finds can also stack giving players bonuses, but not abilities of both Mitama unfortunately. This is something some players could possibly find frustrating as they play through the title.

Outside of the game information 'Toukiden: The Age of Demons' at its core is a strategic team-based slasher that challenges players to work together to take out enemies as explained before. Players will also need to focus on something a bit more difficult; working together to destroy enemy parts. By destroying enemy parts on bosses, players will obtain rare materials that can be used in order to gain new materials that are otherwise rare, and can possibly be obtained by a two tailed fox. This interesting companion (name omitted to leave some mystery!) will be your companion to send to each previous age in order to gather materials. The materials he brings back are few in amount, but will add up in time. These items they are used to create? They have resistances that can be higher or lower than other items depending on the encounter needed. Weapons? They also have their own elements used to attack and it is suggested that players visit their house often to manage their equipment sets. It will come in use as players manage to move through the campaign to take on tougher creatures.

Aside from all the good in the game players will find a few flaws that could be downright infuriating aside from simple controls, beautiful graphics, and a very in-depth system. One of them was found when having played online in order to get an experience with the online portion and working on quests. I was frequented with disconnects and players leaving. This may or may not be experienced to some players depending on their internet based environment. The biggest issue with this though? A simple issue with the campaign. Once disconnected the game was reading the campaign as not started and required a game restart in order to retrieve a previous game play state. That having allowed to pick up where the game was once left off in story progression.

Another issue that has been commonly experienced was of course the inability to aim while holding down square, triangle, and or circle in order to aim the bow when doing precise shooting. Unfortunately the back side touch pad doesn't resolve this issue, which could easily be done if a backside option was added. The addition of such an option would alleviate the headache that is presented when using it.

Graphics: Easily one of the best looking games that the PlayStation Vita has had to date. With a very well done atmosphere, it would be hard not to state that TECMO KEOI and Omega Force has decided to show what they can do, and did it well.

Sound: With the original Japanese voice-over's the game gives a very realistic and authentic feel for its setting during the early era's of Japan's life. Even the music, ambiance, and monster sound files are very well done.

Controls: The controls at first seem very easy to learn, but once it comes to aiming bows and some of the other weapons, some players will find themselves in a bit of a spot trying to manage the attack buttons and right thumb-stick. Hopefully this is changed in the future so that players can either use the motion sense or the touch pad on the rear of the PS Vita.