Warframe (PS4 Patch Version 11.5.8)
Originally Published and Copyrighted by Blast Away the Game Review on 2/6/2014
Review by Dustin Murphy 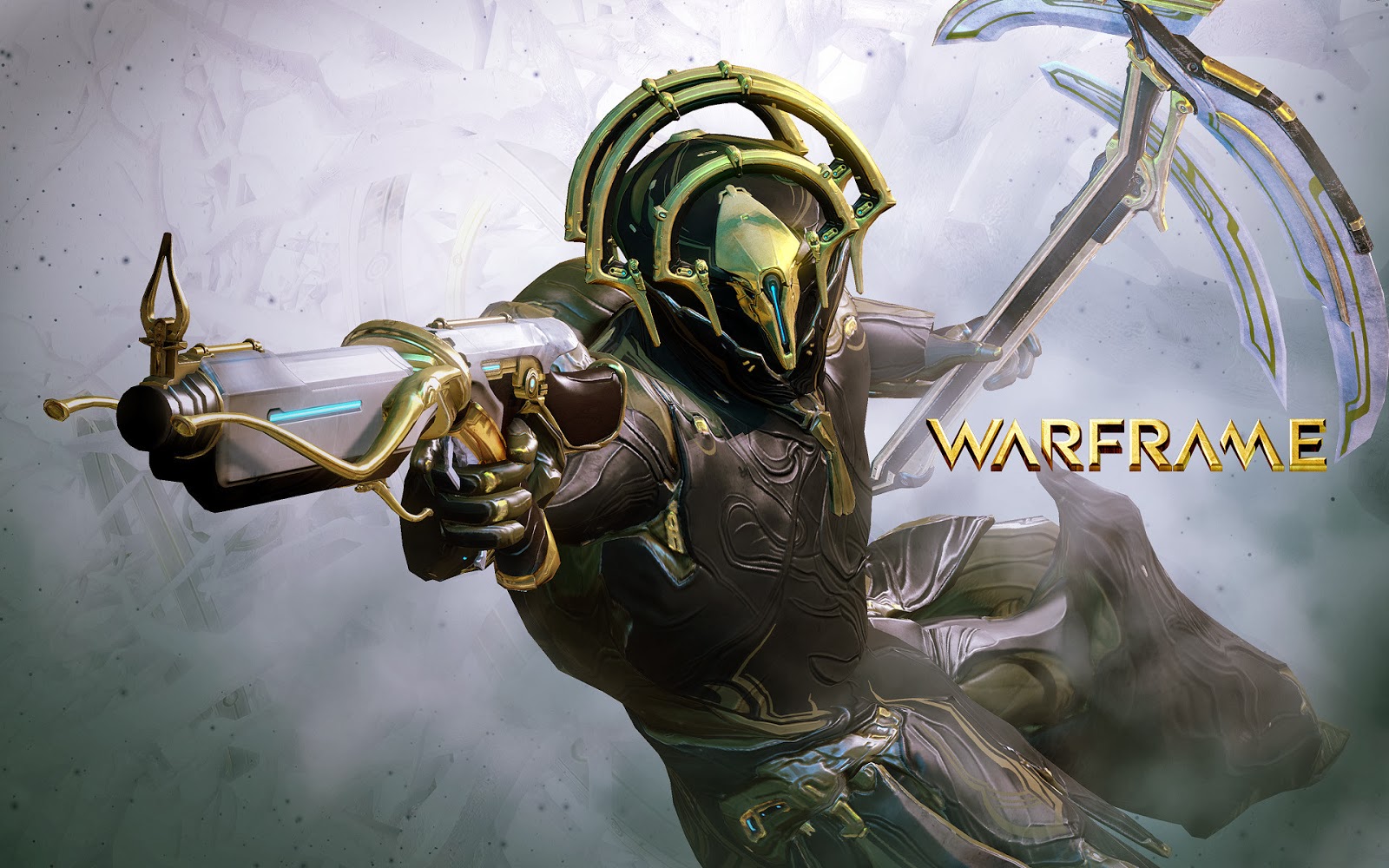 Note: This is a review up to this content patch not the entirety of the game as it will be in the future. We will visit the content as it expands with new content.

Final Thoughts: When it comes to free-to-play games, Warframe has done multiple things right, and the best of all is not a pay-to-win model. Instead this game does not obligate players to spend a dime if they want to just farm characters, weapons, and replace them as they go. The game itself offers plenty of content that will allow players to enjoy days and weeks of content and of course always expands upon what is available. 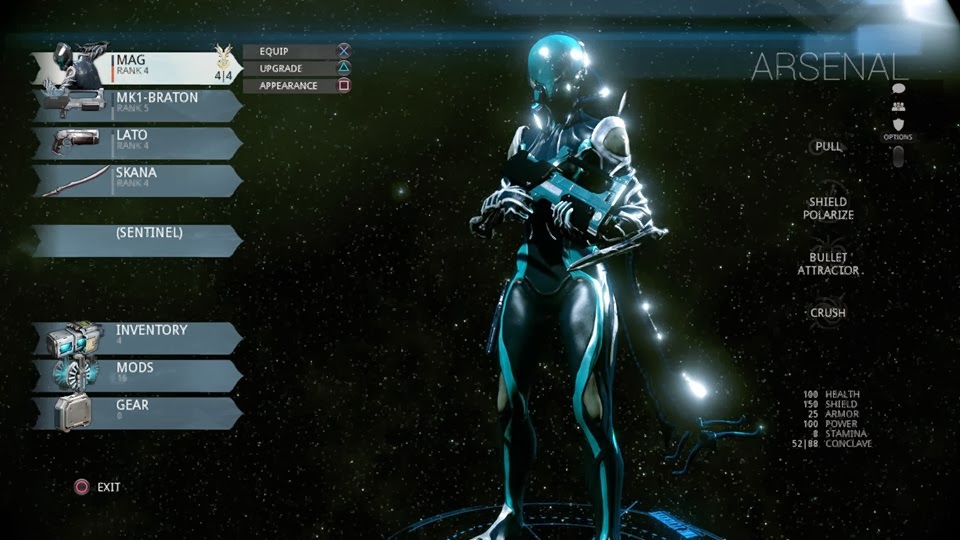 When it comes to Digital Extremes and their title Warframe, it is not surprising to see drive and passion for a project. Warframe started out as a project that seemed stretching many goals, reached for crowdfunding, and quickly became a smash hit based on its drive. For PC players, they quickly began to experience something that could easily be compared to Mass Effect 3's multiplayer meets Diablo 3, but with space ninjas - literally. The game itself focuses on several things; community and of course the development of this title that is sitting in open beta.

Upon entering the title, players will be greeted with a opening sequence that will explain the origin story of the war against the Grineer and their hunt for the Tenno. These Tenno  are descendants of an ancient and mystical civilization of lost warriors from an era on Earth known as the Orokin Era. The Tenno were preserved in crypods after having finished their battles from times before the current era in the game. Now awakened, the Tenno are fighting against the Grineer, Infected, and of course the Corpus. Each of these factions are good nor bad, but instead seek their own individual goals. These Tenno? The only warriors that can wear the Orokin-created Warframes. Each of these Warframes of course wearing these suits that allow them to have their own abilities as well as fighting styles. Tenno are of course only loyal to each other according to the games lore, and will always unit and fight against each other's common foe. 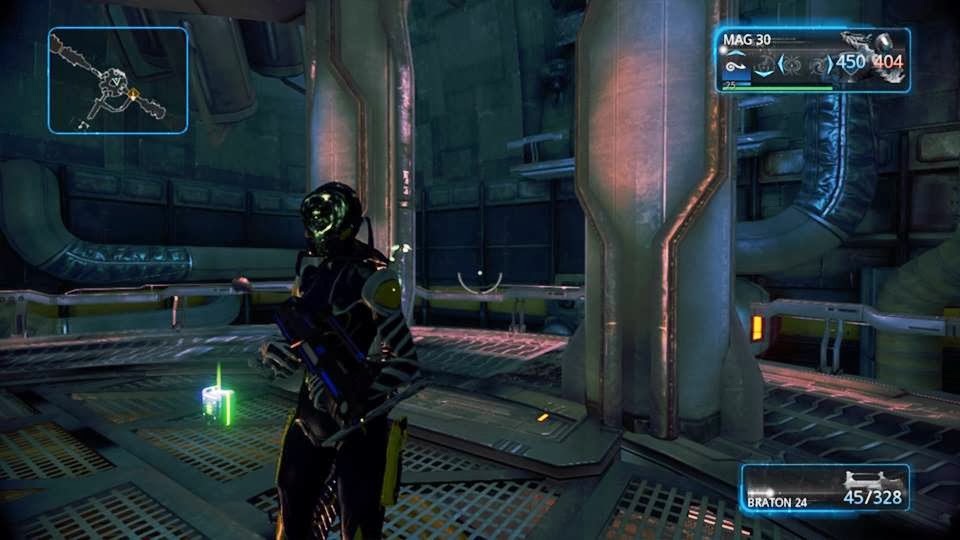 Sadly this hasn't exactly been explained through the game, but has to be searched for via the games Codex, which is obtained by scanning enemies, items, and of course by leveling Warframes. In the game players will learn several things that to some may seem challenging. This includes learning how to wall run, hack security panels, maneuver while shooting, slide while shooting, jump while shooting, and of course managing abilities. This all will come useful in later periods of the game, whether you are doing missions, mastery rank promotions, and or taking on friends in the Clan Dojo.

The most difficult part of this game for newcomers will be one of several things; leveling up mastery, learning how to do tower missions, accessing Orokin Derelict missions, and of course obtaining items. These are unfortunately not explained in the tutorials as one would hope and that can be problematic. The nice part of the game? Meeting players, getting in clans, and of course a huge forum community over at their home website (http://warframe.com). It is highly suggested that players always reach out for help when getting started, don’t be scared to spend between 15-20 USD on platinum (real cash to game currency) and obtain some inventory slots for both weapons and warframes. With the spare? Grab a sentinel, these things are amazing to have period, and our highest suggested is Carrier since it will gather your items for you. Yes you read that right, gather your drops, and bring them to you. The rest? Spend however you see fit, whether it is obtaining a new weapon, color packs, icons for in-game, or simply getting customization packs or items for your sentinels. Trust me, the customization is detailed, and so are the alternate helmets that provide different abilities for Warframes.

Mods and upgrading Warframes as well as weapons can be one of the most infuriating parts of the game and we know your pain. Luckily, it is easy to learn once the time is taken to understand that mod’s can be upgraded, the polarities can be changed by using Forma (once an item hits level 30, but not this resets the items rank), and of course fusing mods to make them even more powerful in their own respective rights. Players will also find themselves able to transmute multiple mods (four to be exact) at a cost in order to possibly make rare, uncommon, and or common mods that they do not always have. Unfortunately, there’s really not a way to determine what you will get, and that can be frustrating. This is highly suggested to be done with caution when using rare mods. Luckily, players can find rare mods in several forms: Corrupted (get a bonus, but also get a negative ‘bonus’), Nightmare (obtained by completing nightmare missions - these will be covered later in our review), and of course Rare (generic rare mods that can be found in numerous ways). These mods will all come at a cost of energy that can be upgraded via the use of an Orokin Reactor (can be obtained in numerous ways as well).

Like many games that Warframe seems to take after, the most easily noted is the Diablo series. Many players accustomed to the Diablo franchise will catch on to several things. When a planet’s missions are fully cleared, players will be able to pursue more difficult versions of those missions known as “Nightmare Modes”, which will as mentioned before, drop unique mods only obtainable through completion. In this Nightmare Modes, players will face multiple situations of difficulty, and of course debuffs. Debuffs you say? Why yes, we do! A few examples can be, decaying health that is replenished by wiping out enemies, low gravity, and of course our least favorite; no shields. These all present a unique challenge, forcing players to become careful, knowledgeable, and of course alert to eachothers abilities, whereabouts, and of course team build. These will play an important role as the situation always changes from map to map, but will also not present itself the same.

On top of the Nightmare Mode’s for missions, there are also several other things such as the Orokin Derelict (missions that are very tough and unique to what they are), but also Tower missions, which evolve in difficulty based on tower level (such as Tower I, II or III). The Orokin Derelict missions of course require blueprints to make, and require Tower Key’s as part of their formula, but are normally made in the foundry within a minute or several hours (differs based on the mission type and materials used). However, as the game gets updated, this could change.

As we mentioned there is also something unique to the game that many do not see; a Clan Dojo. The Clan Dojo is something unique. It is a fully customizable base that allows for a touch of the clan leaders personality, preference in design, and of course a touch of uniqueness. This features research centers for enemy weapon types for the Grineer, Corpus, and of course the Infected. These weapons all feature a building requirement, but also focus on a group effort to make due to their materials required to research. Once these are done it will allow clan members to buy the blueprints, make the needed assets, and obtain the items for use. The Clan Dojo offers a dueling ring, zen gardens (ever wanted to just socially chill?), and of course a parkour like trial area where players can take on the fastest course times.

The most unique part of Warframe is simple, the focus on community, suggestions, and improving the game based on player feedback. This has been a big thing that has driven this game and hopefully will remain so, but the lack of cross-platform play has become a problem for some.
Aside from all the light that has been put upon the game, there are still some worrisome problems present, and they can be frustrating. Among these is the evident sound bugs that occur on some of the games tilesets (map layouts), game crashes related to Oberon’s abilities, and of course host migration. A few other issues also lay in-tact. Many players are having issues hosting, but are finding themselves able to join the person they were trying to host for (some swear this is a NAT issue, but unfortunately it’s not). There have been instances of missions crashing the game, textures messing up, and of course the infamous, slow in-game downloader speed. The biggest complaint though? The not being able to cross-platform play with PC users. We hope this is something that changes later, but we won’t be holding our breaths for that part. The bugs however get worse from there on such as frame rate stutters, characters getting stuck in ability animations, and of course many other problems.

The list of bugs that players encounter could become larger than the game itself, but overall, the game is fun. It is a game that many will forget they are even playing for hours as they pursue missions, items, blueprints, and of course completions for. Hopefully the PS4 version can find itself graphically, performance stable, and of course on par with PC, but till then - we’ll enjoy what we have.

Graphics: When looking at the versions between PC and PS4, it’s hard not to notice a few things that are tweaked to lower standards. Shadow effects, particle density, and of course model detail seems to be toned down a bit. This however does not take away from the fact the game itself is still graphically on-par with games such as Call of Duty Ghosts, Outlast, and of course Blacklight: Retribution. Hopefully this game will find itself on par with PC in the future.

Sound: Aside from choppy audio files, files ending before their loop is finished, and of course a persistent guide (Lotus) many will find themselves enjoying a game that has quite the attention to detail and a beautiful atmosphere when audio bugs aren't kicking in.

Controls: At first the controls are simple, easy to use, and straightforward for players who are accustomed to third person or first person shooters. Unfortunately, more advanced controls will take time to learn unless players tweak the controls to their preferences.