Demon Gaze Review - A Place Where Saving is Important 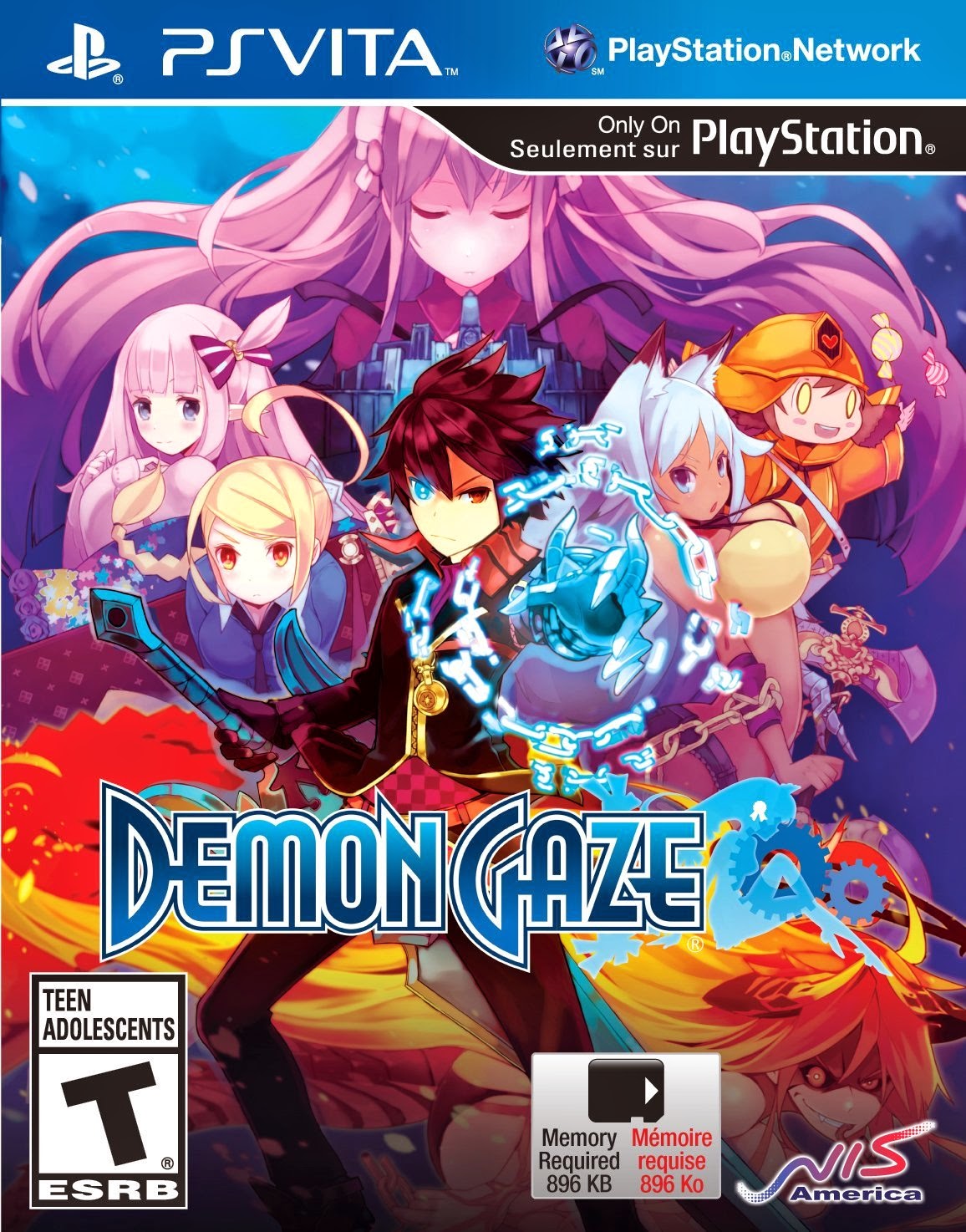 
Final Thoughts:   When it comes to JRPG’s and classic RPG’s, I’m not a stranger to their systems, difficulty scaling, and or even story telling. However, when it comes to Demon Gaze, there were moments where I found myself glaring at the game due to its difficulty. After having learned to buy enough gems to start getting items to sale, I was finally on the right track, and on my way to getting where I needed in the game. This is highly recommended to new players as they will find the making money aspect a bit difficult at first. With all those little things like that aside, Demon Gaze is a wonderful dungeon crawler that lets us explore the world of Mythrid as the character Oz (name can be changed by the player). Unfortunately to some, the graphics will not be grate, and will cause them to turn away. For those that could care less about graphics, Demon Gaze is right up your alley. 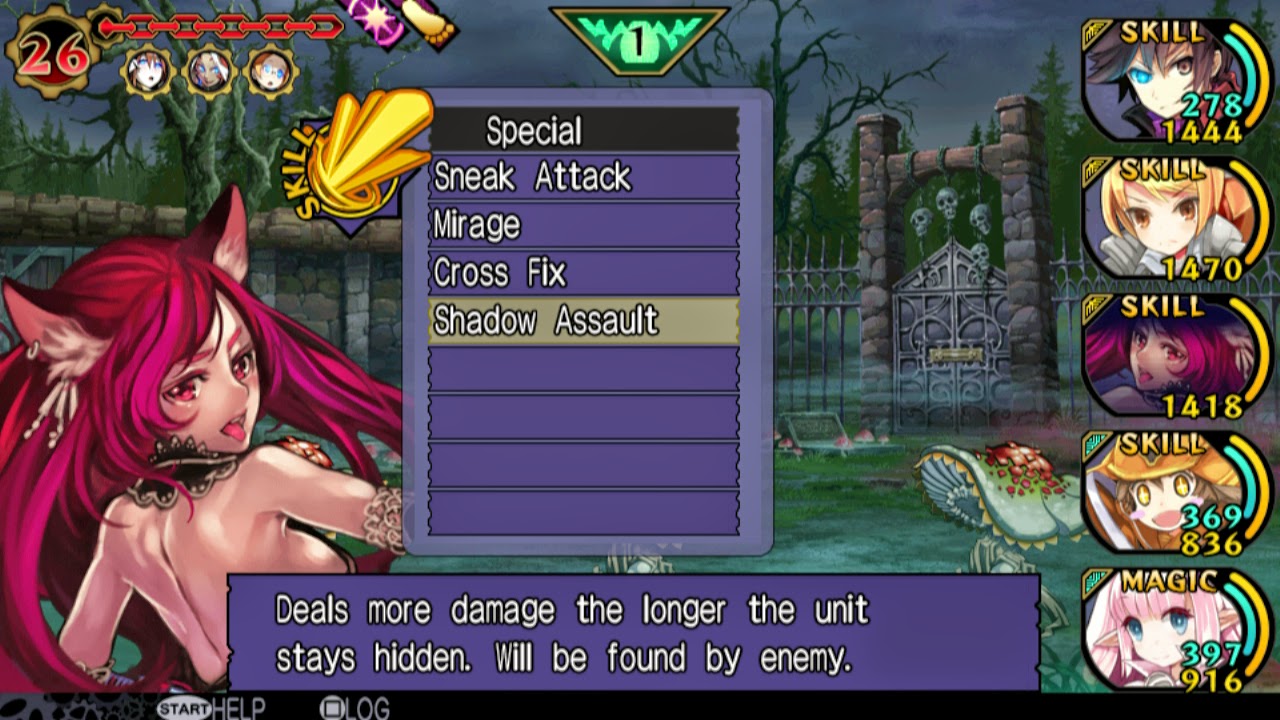 -Review -
Upon entering Demon Gaze, players will be greeted with a bit of back story behind the game, and almost instantly a character creation screen, which allows players to pick the desired look for our Demon Gazer; Oz. Luckily players can choose gender, appearance, voice type, and even Oz’s class. This is something that leads to a bit of our own mindset, which lets us feel as if our character does matter, and gives some form of connection to him. Once Oz has been created, we are thrown instantly into a dungeon where items will be given tutorials, fighting will be given tutorials, and of course a place where our story begins to take off. In this tutorial like introduction, we learn our protagonist (mine being Zephyr) has no memory of who, why, or what he was doing in the dungeon. For you ladies, who want a female character, your character will unfortunately be referred to as he whether you like it or not. Within minutes of this you meet your first NPC, a woman who we can refer to as the battle-scarred woman (not spoiling her name or interaction), she in turn gives you a weapon, tells you what’s going on. Within seconds of that, players will find themselves fighting off a demon. After having managed to fend off the demon. Once defeated, players will experience their first Demon Gaze, and thus the adventure begins. 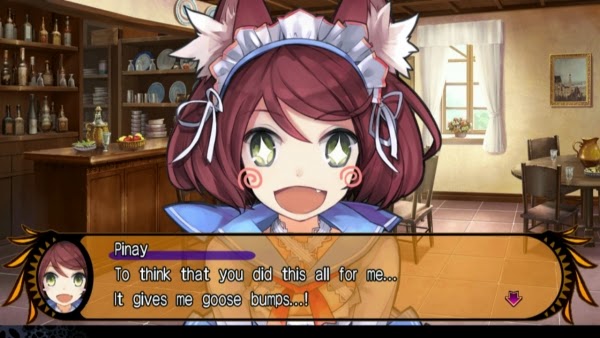 You have your first demon to control, but with side-effects. These side-effects of course are explained to us in yet, another tutorial. This is something that will become common for about the first hour of the game as it explains the games basic functions. Once having defeated the demon, players will find themselves apparently having entered a contract to stay at the Dragon Princess Inn, this place being an odd location for a safe haven. Players learn quickly that the local mercenary groups come here in order to find a living while running through unsafe locations, which are the dungeons we, the player, will find ourselves fighting through. After having been introduced to Fran, the inn’s owner, we are introduced to many of the inhabitants. After having completed these mundane tasks, which is the talking, we are set off to head for new areas. Players can explore the end, strike up a pre-scripted conversation with the NPCs, or even head into the wilds. However, a cutscene does take place. Players will find themselves frustrated with the scantily clad women, and of course the at times almost always naked Lancelorna. Unfortunately, this is not limited to just the female characters in the game; even a few males have this issue. Luckily, the NPC’s have a sense of humour and well scripted guidelines that caused me to quickly grow to like them, and their stories. 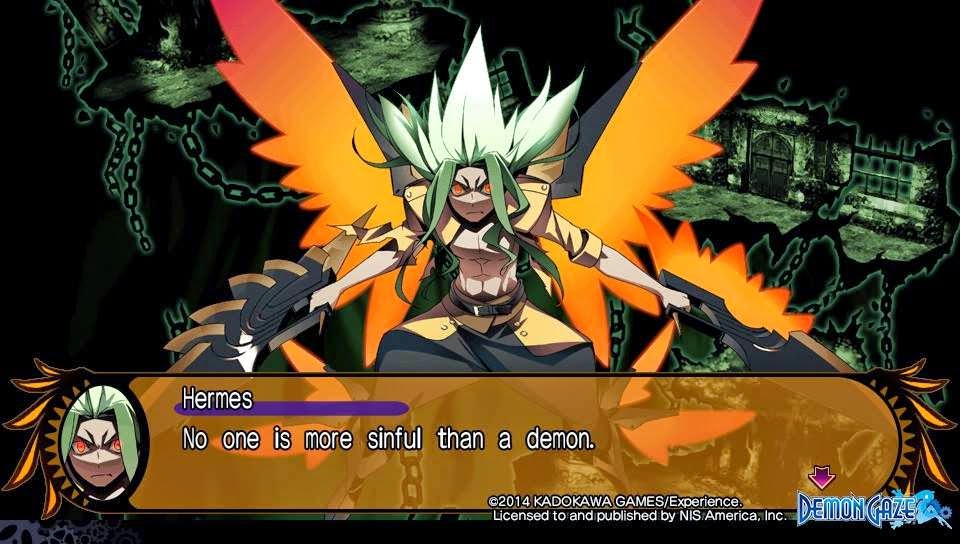 After having done every little task possible in the inn before heading into the wilds, it was time to do so, and in a way: regretfully. The difficulty for the game at default is challenging. To some players, as mentioned in the pros and cons, almost too difficult. Players will take on multiple enemies, some of course being higher level, and much more powerful. In this case, it’s highly recommended that players tough through it, and or save often. It doesn’t get any easier from here on out. Luckily, players who manage to get the farming down and make money, can go back to the inn, pay their rent, which must be done after every mission, and hire new party members by “renting a room” and of course ”seeking your own” party member. For beginners, a healer class is highly recommended for the simple fact of difficulty and limitations on gear, as well as healing items. Luckily as players adapt to this, missions can be quickly cleared out, the story unfolded, and side-quests completed. Remember to grab those side-quests quickly as possible from the hall within the Dragon Princess Inn.


For those who explore, this game is not short on that at all, instead it encourages visiting past areas, fighting demons, using gems, and allowing players to adapt to each of the games mechanics all the while. Luckily, each gem has a type, and those themselves are luckily: self-explanatory. With a very adaptive combat system, unwavering enemies, and even tougher bosses, Demon Gaze will give players hours of enjoyment. From crawling through dungeons, furnishing rooms within the inn, to leveling up, and hunting down gear, Demon Gaze is truly a unique and difficult game. This is definitely one that will take time, will not be for the feint of heart, and will require a lot of patience.

Graphics: For some the classic 32-bit like graphics may be a bit of a drag, but thankfull it does not take away from the games actual play. Luckily, cut-scenes are much more detailed, and look as if they were pulled straight from an anime.


Sound: With quite a few lyric filled tracks in the game to rather detailed sound effects, Demon Gaze is just short of being a first person anime, which is amazing.


Controls: Very straight forward, very easy to learn, and very welcoming to any player; no matter their experience with games.