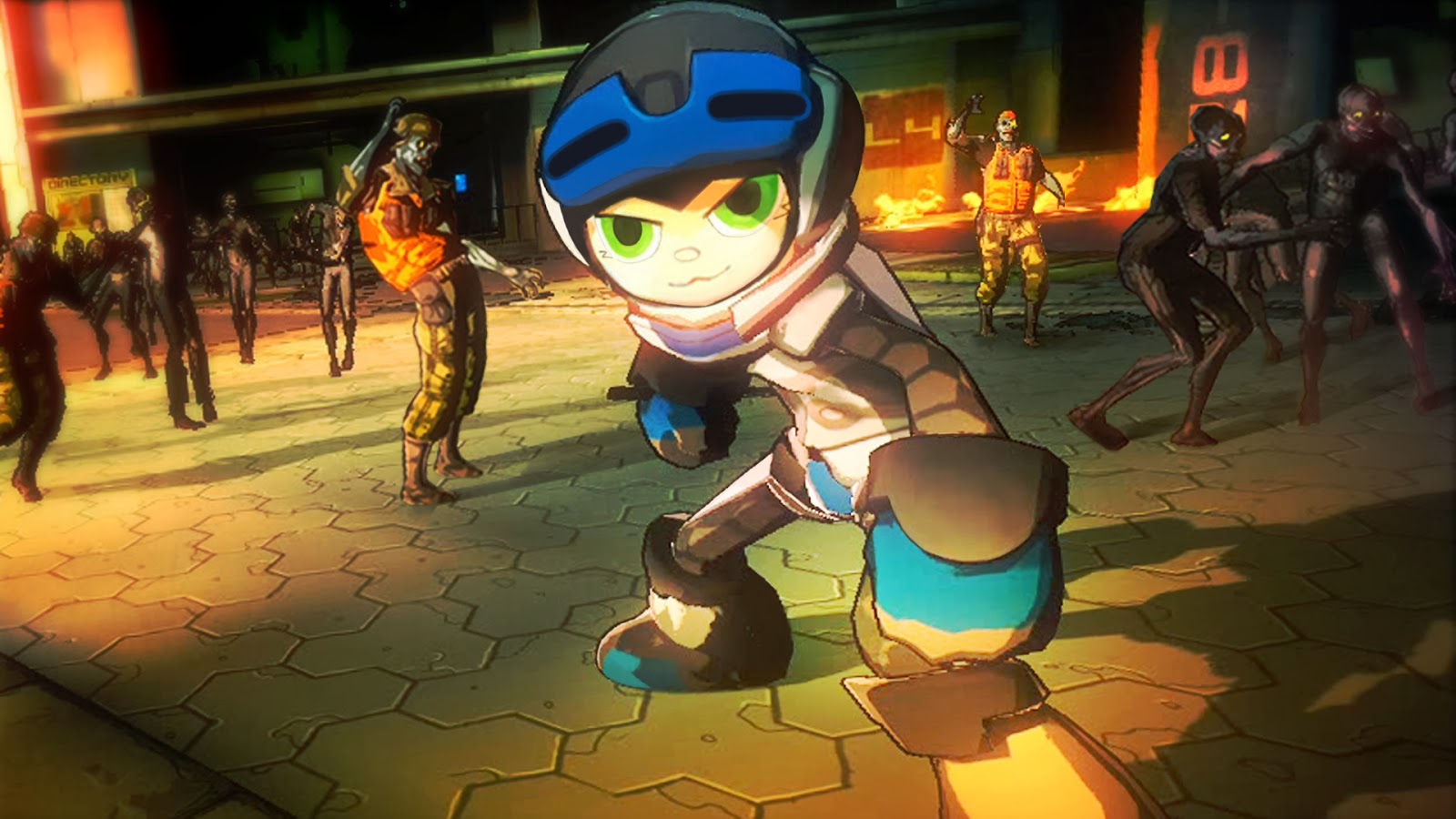 Team NINJA earlier today revealed the first official details we the gaming community have been waiting to know of, and we are more than excited, which leads us up to this. With the details a new trailer was released, and in it we saw the first detailing of the retro-styled side-scrolling "NINJA GAIDEN Z" mode, which will be included in the upcoming release title; Yaiba: Ninja Gaiden Z. In the new trailer I was astonished to see a variety of screenshots, such as his rage mode, entitled "Bloodlust", and his trust cyberneticy-savvy companion, Miss Monday. Making a surprise guest star, Team NINJA has collaborated with the amazing team Comcept in order to introduce "Beck", the main character from the upcoming title Mighty No. 9, by Keiji Inafune and his team. How will we see him? Well as a an alternate costume for Yaiba. The DLC release of "Beck" will be followed by a camouflage costume for Yaiba as well according to our sources. 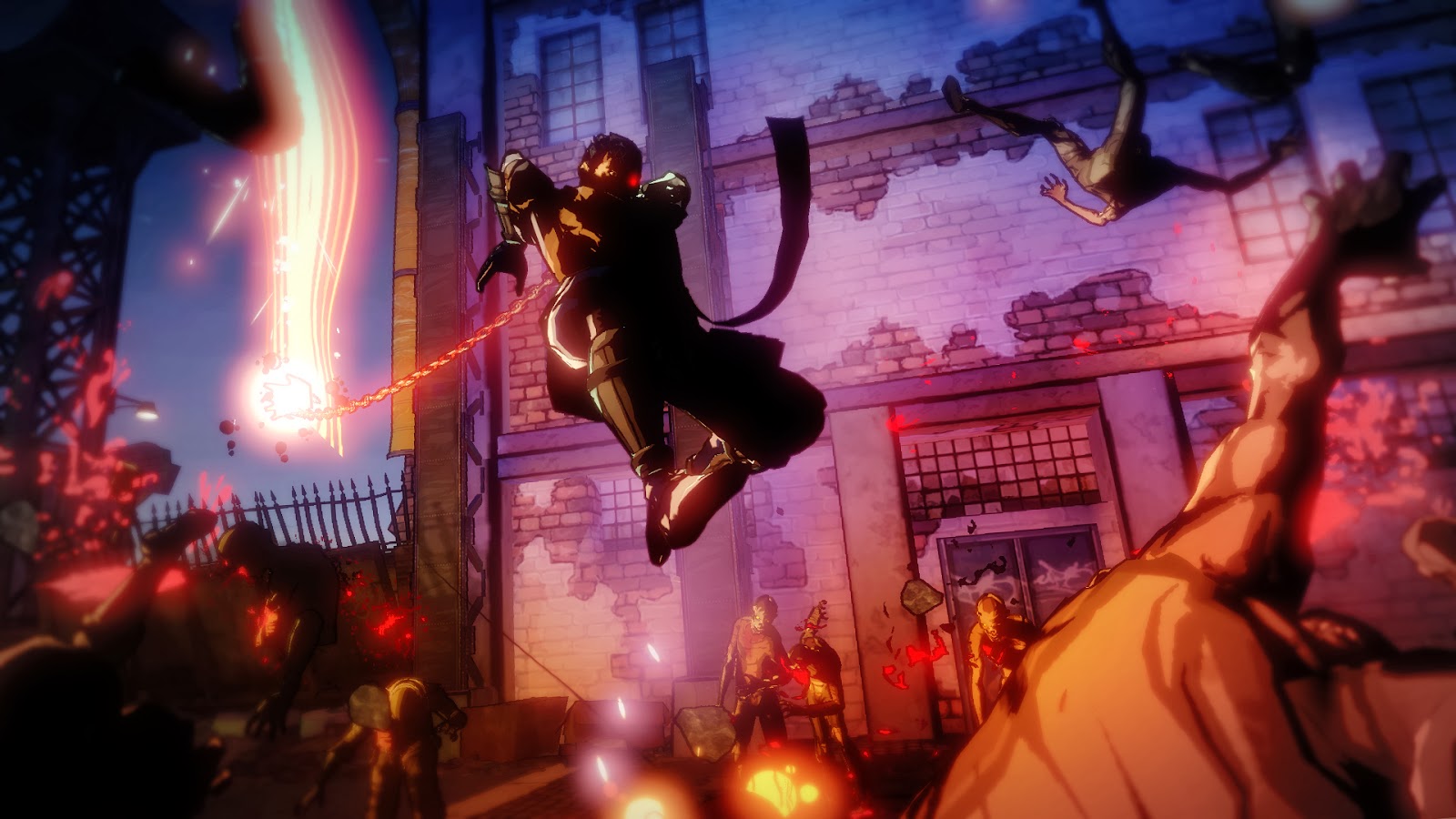 For those wondering, below we have been given more details directly from Team NINJA and their amazing PR team.

The new “NINJA GAIDEN Z” Mode expands the YAIBA: NINJA GAIDEN Z experience allowing Yaiba’s over-the-top zombie chucking antics to spill over into an all-new 3D side-scrolling realm. Brought to life through classic 8-bit stylized cut screens and UI, this new mode will have Yaiba battling though hordes of elemental zombies, mechanized enemies, and other familiar baddies reminiscent of a certain 8-bit ninja’s plight (ahem) as he racks up more mad points with every brutal kill. 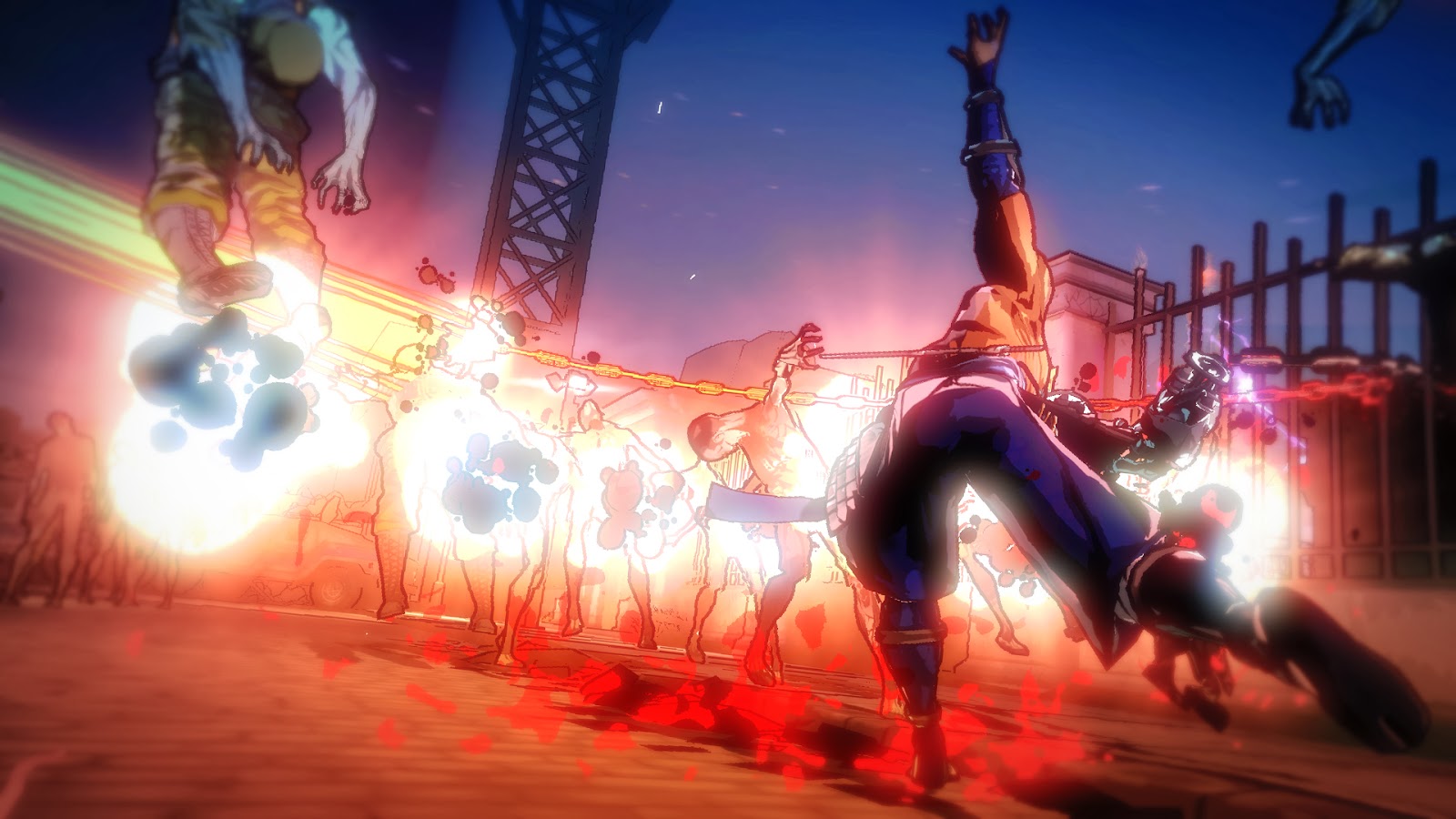 To get through this side-scrolling gauntlet, Yaiba will have to push himself to his own limits employing all the dirty tricks of his trade. Whether it be by chain flail or cybernetic rocket punch, no amount of zombies have a prayer when face to face with Yaiba’s homicidal rage.

Fortunately for Yaiba, he will not be tackling this slaughterfest alone. Miss Monday, an engineer for Forge Industries who brought the pieces of Yaiba back to life with cybernetic enhancements, will be there making sure all of Yaiba's cybernetics are operating at their peak performance levels as he tears through these hordes of zombies. Sure, she doesn't really care too much about right, wrong or duty, but maybe because of this, she has an easier time dealing with Yaiba's ”special” attitude. 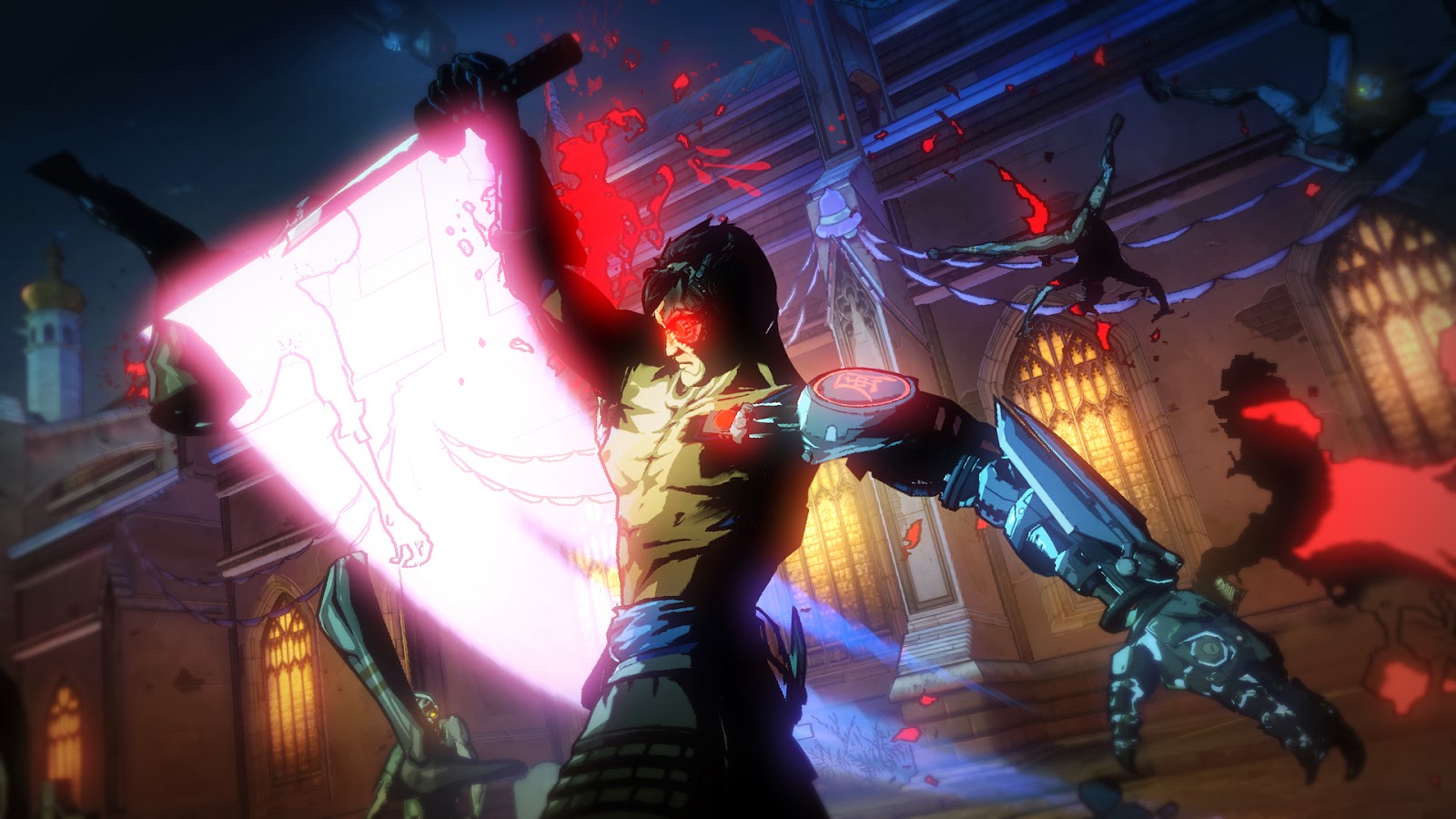 YAIBA: NINJA GAIDEN Z will be available for the PlayStation®3 computer entertainment system, Xbox 360® video game and entertainment system from Microsoft and Steam® (PC) March 4, 2014. This title has not yet been rated by the ESRB. Additional information about Mighty No. 9 can be found at: http://www.mightyno9.com/.
Posted by Unknown at 3:04 PM