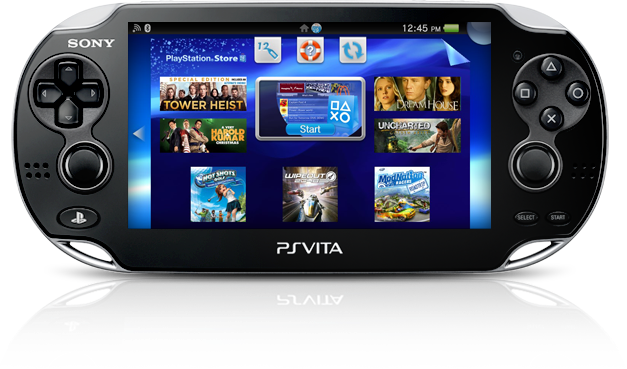 When it comes to gaming, the holiday season is where the sales happen, and of course you the gift givers, buyers for yourselves, and others want an idea of what’s there to get. Well that’s where I have you covered with my buyers guide for the PlayStation 3, PlayStation 4, and PlayStation Vita this holiday season.

First off, lets start with the PlayStation Vita, a handheld that boasts power, synergy between two consoles, and a focus on community, just like it’s console partners. The PlayStation Vita boasts a ARM® Cortex™- A9 core (quad core) processing unit, pumping out more power than any handheld on the market, while also sporting SGX543MP4+ GPU, which pumps out beautiful graphics that easily reflect the hardware inside of it. The touch screen sports a beautiful 5 inches (16:9 for those wondering), 960 x 544 (screen size resolution), Approx. 16 million colors, on its OLED, providing a beautiful display of color and animation. The backside of the vita is a rear multi-touch pad, allowing for some games to interact with it via the touch sensors, but also making some of the games more fun to play. The PS Vita also supports video chat and picture taking via both of its cameras, one in the front, and one in the back. For you Skype users, this is something you’ll enjoy. For WiFi people who get the 3G version will be able to connect using the AT&T 3G service enabled while also supporting 802.11b/g/n or simply save a few bucks and snag the WiFi version that supports 802.11b/g/n while also supporting Bluetooth 2.1+EDR (for those of you wondering any of the bluetooth in the past few years will work with it). All this? For many holiday shoppers you’ll be looking between 169.99 USD and 199.99 USD.

Wanting to expand your memory for the Vita? We here at Blast Away the Game Review would suggest (personal experience) the 32gb memory card that’s sold at most major retailers for 79.99 USD and will allow for countless hours of gaming, so far? I’ve yet to max out mine and that’s including downloaded content, PlayStation Plus games, and of course PlayStation Portable (digital only) and PlayStation One Classics! For those wanting cheaper most PlayStation Vita’s come with a 4GB. The 8GB (24.99 USD), the 16GB (29.99 USD) are both well used, but note - the 16gb is being supposedly retired since most opt for the 8gb or the 32gb.

Wanting to add in PlayStation Plus? Well lets do that! Luckily you can get your hands on “3 Month” cards for 17.99 USD allowing for amazing savings on full games, a free-category (PS+ must remain active or games must be purchased to play), and of course new a plethora of reasons to use it since it migrates across PlayStation Network not limiting to one console! It doesn’t get better than that!

Games… What about games? Well there’s always this awesome issue that people run into and always want suggestions and I’ve got a few! My top picks for the PlayStation Vita this winter!

-Soul Sacrifice (19.99 USD at most Retailers) : A dungeon-grinding hack ‘n slash RPG that allows players to choose a good or bad side based on their sacrifice or save options. The game provides endless game-play as monsters will need to be farmed, spells obtained, and upgraded. The game also boasts itself upon the success of the creators previous series: Mega Man. This game in-no-way reflects the previously mentioned franchise. This game supports up to four players online and does feature a required online pass. A new copy is recommended for those wanting to use the multiplayer feature.

-Ragnarok Odyssey (29.99 USD at most Retailers) : For those of you craving a Monster Hunter like experience on the PS Vita, Ragnarok Odyssey is going to be your choice. The game features a unique upgrade system that essentially allows players to upgrade weapons and armor so that they have more health, defense, and even attributes using cards found on the battlefield. Ragnarok Odyssey is a fun, time burning hack ‘n slash that takes place in a previously created world many know from Ragnarok Online.

-Little Deviants (19.99 USD at most Retailers): Little Deviants is anything, but strange. Little Deviants is a game that shows off the PlayStation Vita’s many features while also entertaining the user in an assorted array of mini-games that range from using the sixaxis motion controls, camera’s, touch screens, buttons, and even other AR based features. Players can’t go wrong with this fun and goofy game.

-Little Big Planet Vita (19.99 USD at most retailers): Much like the series it is based off, Little Big Planet Vita boasts it’s graphical prowess, and story telling via your character - a poppet. With it you will be able to dress up your Poppet, design his or her shuttle, take on variously crafted online worlds, while all the while exploring a beautiful and imaginative puzzle filled game that in a side-scrolling platformer that will take countless hours to beat. Countless and beating? Nah not possible. The game is just that much fun.

-Wipeout 2048 (19.99 USD at most retailers, free with PS+): Are you an absolute racing fan? Well Wipeout 2048 is just that, a high octane, destruction filled, racing title that is nothing short of an adrenaline rush. In it players do just that, race, and unlock new vehicles that have better attributes for each situation. This game also boasts itself upon online stat comparing as well as racing aside from its campaign. So for those of you wanting to duke it out against friends? This is a great time to do it.

-Dungeon Hunter Alliance (29.99 USD at most retailers) : When it comes to wanting games like the famous Diablo series, it is hard not to go looking for a game like that, and ultimately wanting to get a hold of it. For those of you wanting one this is a perfect bash’em up, beat them in, and level up RPG title. It boasts a unique leveling system, equipment system, and also a special use of the touch screen and your fairy minion to unlock tier equipment at higher levels. Character customization unfortunately is not present in this title.

-Ys: Memories of Celceta (39.99 USD where available) : When it comes to amazing tales, XSeed Games has been more than amazing at bring them across, and Ys: Memories of Celceta is no exception from that logic. The title boasts itself as the 25th anniversary of the original Ys release on NES, and does not fall short of those bragging rights. With an upgraded graphics engine, timeless game play mechanics, Ys: Memories of Celceta is a classic over the top RPG that allows for real-time combat by hacking, slashing, and completing puzzles where they must. Once again players will take on the famed explorer Adol who is on his quest to do one thing - explore the entire world before he dies. This latest adventure will take players on an exciting journey through the Great Forest of Celceta.

-Dead or Alive 5+ (19.99 USD at most retailers) : When it comes to fighting games, Dead or Alive 5+ keeps a standard at graphical fidelity, storytelling, and character designs. Dead or Alive 5+ is in no way different from its console predecessors while throwing out beautiful HD graphics at 60FPS, allowing for a true console like experience and even allowing for PS3 and PS Vita cross-play with the most recent update.

-Ninja Gaiden 1 & 2 Sigma Plus (29.99 USD each where available) : When it comes to a remake of a classic game originally released on NES, Tecmo and Team NINJA did not fall short on doing so. With this handheld port of the PS3 game, players will once more take on the roll as master ninja Ryu Hayabusa in his quest to slay demons and once more save the world from invasions of evil enemies. In this version players will get a PS3 graphic experience while also experiencing the same gameplay on a handheld. The game also features all content previously released on the PS3 version, allowing for a challenging hack ‘n slash, ninja experience.

-Killzone Mercenary (29.99 USD at most major retailers) : When it comes to bringing a true Killzone to handhelds, Guerilla Games went all in, allowing for a beautiful HD graphic game that pushes the limitations of the PS Vita. In doing so they have also allowed us to see the best of the best come forth while bringing in a game that could easily challenge any game out there for best of graphics. The game alone fills the much needed gap that Call of Duty Declassified did not. In it, players are a mercenary who is an a hired spot to stop the Helghast from taking over Vekta with new kinds of weaponry while also storming the cityscapes of Helghan.