Metal Gear Solid V: Ground Zeroes - Sneaking into Next Gen!
Originally Published and Copyrighted by Blast Away the Game Review on 3/19/2014
Review by Dustin Murphy Note: PS4 was console of use for the review
Pros:
-Graphics that will set the par and expectations for many gamer's on next generation consoles.
-Controls on the PS4 were smooth, easy to use, and optimized use of the DS4 itself as a whole.
-Missions are fun, easy to do at times, and provide a unique challenge and approach to each.
-Keifer Sutherland's voice is on-par with David Hayter and gives fans a great experience in doing so.
-High resolution texture files and detail count provide a movie like cinematic experience that will make players hunger for MGS V: The Phantom Pain.

-Metal Gear V: Ground Zeroes is short, very short, but on the upside provides plenty of side missions and difficulties to complete. Don't forget this.
-XOF badges are hard as heck to find and can only be done so in the main campaign of Ground Zeroes.
-Audio dialog is at times hard to hear due to the sound effects cutting over them.

Final Thoughts: Even though Ground Zeroes was short, I am in shock, amazement, and find myself GLUED to the game even after having beat it a multitude of times. The Dejavu Mission is something definitely for the nostalgia and WILL not disappoint even the hardest of die hard fans. MGS V: Ground Zeroes is one of those titles that honestly set the par graphically, audio wise, and even story wise for the next generation. 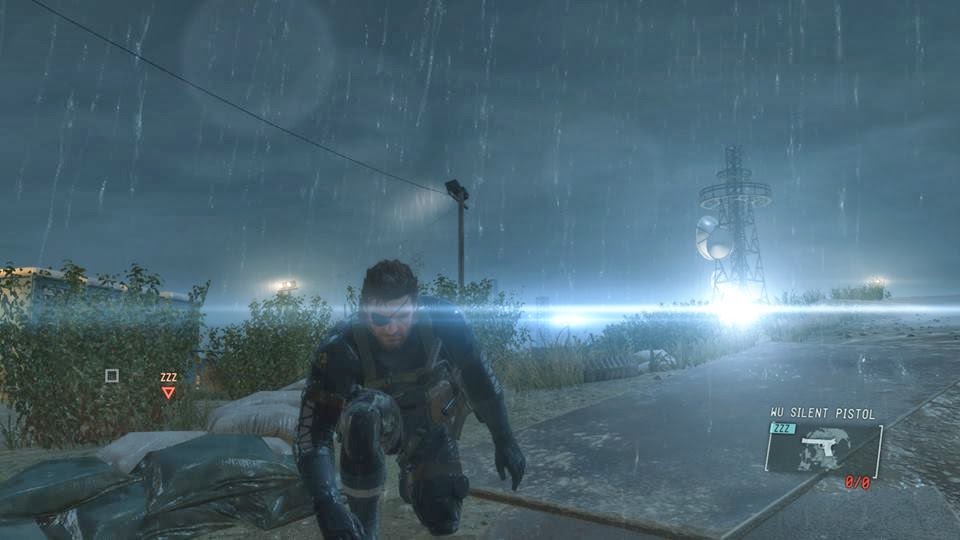 'Metal Gear Solid V: Ground Zeroes' is one of those titles I'll have to admit was disappointing at first when the reports of a two hour campaign arose, and so my hopes seemed dashed. After having picked up the game, paid the 29.99 USD, and installed the 3.9GB's of game, I can easily and quickly say, what I experienced, was worth it.

Upon entering the new world of 'Metal Gear Solid V: Ground Zeroes' I was quite amazed by the introductory that explained the prior events that occurred in 'Metal Gear Solid: Peace Walker" from the days of the Sony PlayStation Portable and later PlayStation 3 and XBox 360 thanks to the HD and Legacy Edition of 'Metal Gear Solid'. After having been given that fresh breath of air back into a game series that needed a new set of controls, voices, and even a hefty load of moving on from an old system, 'Metal Gear Solid V: Ground Zeroes' did not disappoint in this either. After having watched the introductory to the game (roughly 10-15 minutes of footage), players are dropped off on a mysterious military base where Snake has tracked former team member to the Militaires Sans Frontières - Chico. On the mission to save Chico we find that not everything is what we think. Listening to the codecs (openly handed to you for Paz, Chico's must be found), we find that Paz is not who we suspected or thought at all. Instead she's entirely something else. We are also introduced to Skull Face, the hideous monstrosity of an enemy that we've seen many times in the Ground Zeroes and Phantom Pain trailers. After all these clips it was time to take a peak into the new mechanics that Hideo Kojima and his amazing team did to push next generation consoles such as the PS4 - our console of preference for this review. (XBox One version will be reviewed in the future, but at this time we are limited to PS4) 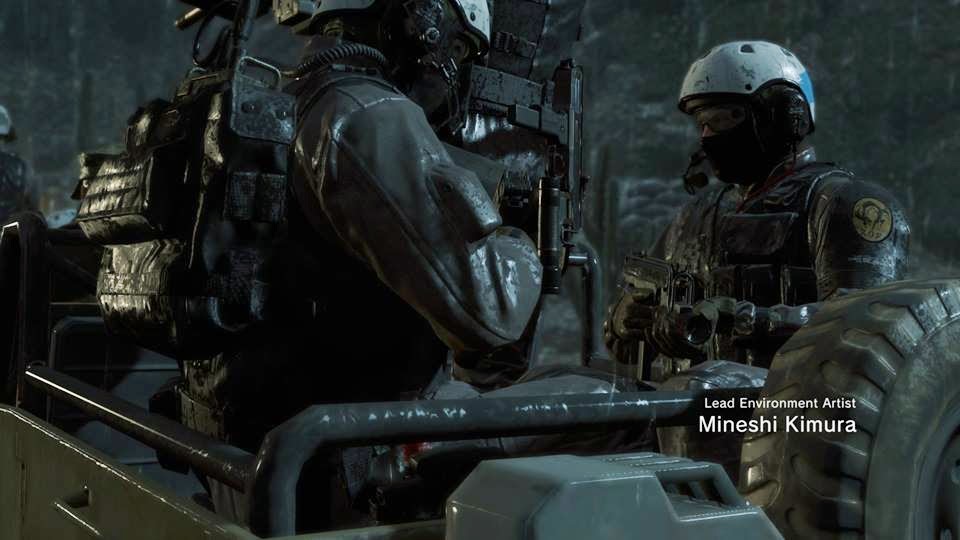 In doing this, Hideo Kojima and his team at Fox Hound Studios introduce us to a new sense of tactical espionage. Instead of having that annoying stamina and health bar, players are greeted with a new thing many games have done - screen reddening, but this one is like film burning apart from a projector. What was interesting about this is - you still die and fast. After going into combat it was time to figure out what buttons do what. Pressing up on the D-Pad pulled up a weapons menu, allowing me to choose a tool of my choice to either knock out enemies, kill them, or completely avoid them through distractions and deception. For me? It was simple - stealth. With a few guard notifications, knockouts, and of course interrogations through an amazingly upgraded CQC system that allowed Big Boss to stun enemies, get info such as enemy locations and ammo drops, or simply call for other guards to distract them while I slipped away. Thanks to this new system, I was able to enjoy a change of pace that was not there before in previous titles. Thanks to the new layout of controls, I pushed 'X', I was able to get Big Boss to crouch in shrubs, behind boulders, and of course hang off cliffs if I was in the right spot. After holding it I was able to see Big Boss hit the ground, and go into prone, which allowed for a better point of view to hide from. Luckily, this also means the new cover mechanics kicked in. Hugging instantly to walls and going out of lines of sight, Big Boss was easily able to tranquilize enemies or slip away into the rain shrouded walk ways. While doing so I was able to blow out bulbs in order to further make it difficulty for guards to find me or simply create a distraction to mess with their non-linear patrol walks. 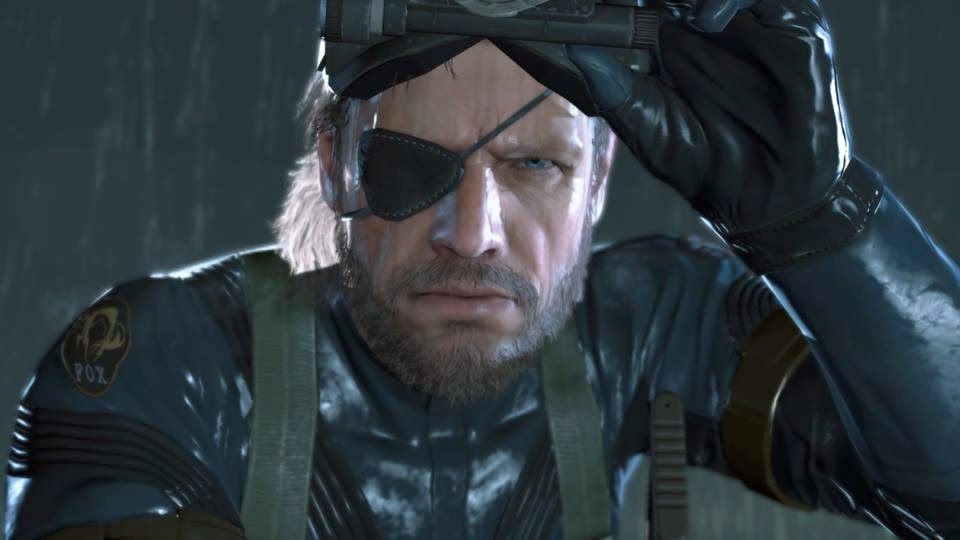 The most interesting thing to this entire title was one change I'd been waiting to see and will point out - voice actors. Thankfully we see the original cast return for Master Miller, Chico, Paz, and of course a few other familiar characters. We also get to hear the newly voiced Big Boss, famed actor, Keifer Sutherland (24, Lost Boys, Flatliners). Thankfully his take on Big Boss actually gave me hope to see him take the reigns as Big Boss. With this change we see a more emotional and responsive Big Boss that makes the character truly believable, and with this, we can easily applaud the actor who made Jack Bauer in 24 a lifelike character. With this, he brings the same triple a performance to 'Metal Gear Solid V: Ground Zeroes'. With this we are easily excited to see him take his place as this character while awaiting to see if David Hayter will once more return as Solid Snake in 'Metal Gear Solid V: The Phantom Pain' or if we have to wait till MGS VI.

After having taken in the games main campaign and cinematic experience, it was time to move onto the side missions. I was able to do all of them on normal and hard, with a completion sitting around 6 hours total in order to gain a few of the trophies that have proven difficult to even obtain. One of them is a stealth mission that will lead players to take out multiple targets and remain undetected so the others do not run. Another is to rescue a high value target that has been captured and to return this person back to the team. This will give any player who enjoys this mission while be highly amused and enjoy it. Others range from finding hidden intelligence as well as a mission only known as the famed - Deja Vu mission.

With these missions I was finding myself amused in order to get an S-Rank in order to provide I was good or just simply setting new records with head shot's, sending enemies flying, and of course randomly running enemies over with the vehicles found within the base. After doing these I had to sit back, go through all the side content, and listen to the codecs. Doing this allowed for me to find out more of the story that is very quickly leading up to 'Metal Gear Solid V: Phantom Pain' and absolutely will leave us hungering for more till the rumored release window of Spring 2015 for the next installment.

With this review the hardest thing to point is, there was so many changes to the games mechanics that players themselves would have to experience and develop a hate or love relationship with it only to decide whether or not they truly enjoy this title.

Graphics: This title has set a par that I have never seen before. Sitting at 1080p with 60 fps, I was amazed with the high resolution textures, lighting features, and of course the attention to detail when it came to every aspect of this, I couldn't find one frame rate hiccup, one aspect that looked muddied or wasted on.

Sound: Top-notch, in theater like, ear rattling, gun blasting, and amazingly realistic, this game provides an experience that should be in theaters. Even the score itself stands right there with my expectations as a long-time fan.

Controls: With all the changes the controls are easier to work with and access. With the even how the codec has been changed, binoculars having been reworked, I can honestly say that this game has some of the easiest controls I've ever used in a title. Even the touch pad itself has been finely tuned in order to provide this experience.
Posted by Unknown at 2:12 AM