Author's Note: For the Full Gallery go to Blast Away the Game Review's Facebook Page! 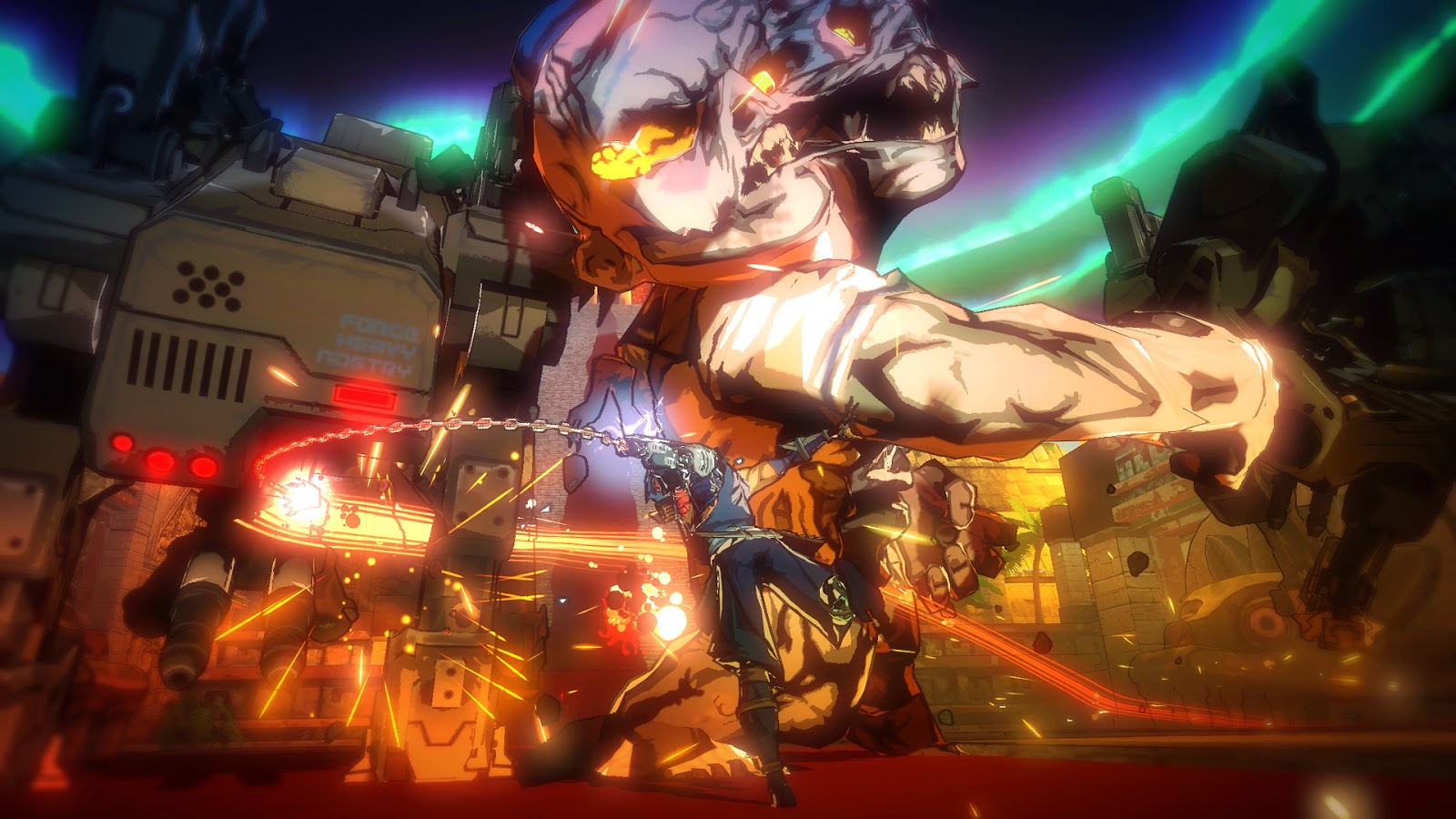 It seems the closer and closer we get to Tuesday, the more and more excited we get for Yaiba: Ninja Gaiden Z as blood seems to openly flow from every weeping wound an enemy can endure. Well the new ones have done equally the same as we are introduced to a new mysterious, gigantic, and amazingly detailed boss. Stylized in a hand-drawn animation, Yaiba: Ninja Gaiden Z sets up a new look we hope that future titles may endure if Yaiba sticks around for the long run.

You the gamer's will take control of this new hero as we are set out to embark on his journey starting March 18, 2014 when YAIBA: NINJA GAIDEN Z launches on the PlayStation®3 computer entertainment system and Xbox 360® video game and entertainment system from Microsoft followed by the Steam® (PC) release on March 21, 2014. It will release for 59.99 USD on consoles and a limited time price of 49.99 USD on Steam® (PC).

Team NINJA today released new images which offer a glimpse into a bizarre battle with a massive boss in YAIBA: NINJA GAIDEN Z. As Yaiba faces off against seemingly countless forms of the mysterious boss, he will have to engage every skill he has learned on his journey. With meteorites crashing around him, before he knows it, he’ll be not only fighting in space, but in a temple reminiscent of an ancient America civilization. What does all of this mean? Players will find out starting March 18, 2014 when YAIBA: NINJA GAIDEN Z launches on the PlayStation®3 computer entertainment system and Xbox 360® video game and entertainment system from Microsoft followed by the Steam® (PC) release on March 21, 2014.

More information about YAIBA: NINJA GAIDEN Z can be found at www.YaibaNGZ.com, on Facebook at www.facebook.com/YaibaNinjaGaidenZ and Twitter https://twitter.com/YaibaNGZ.