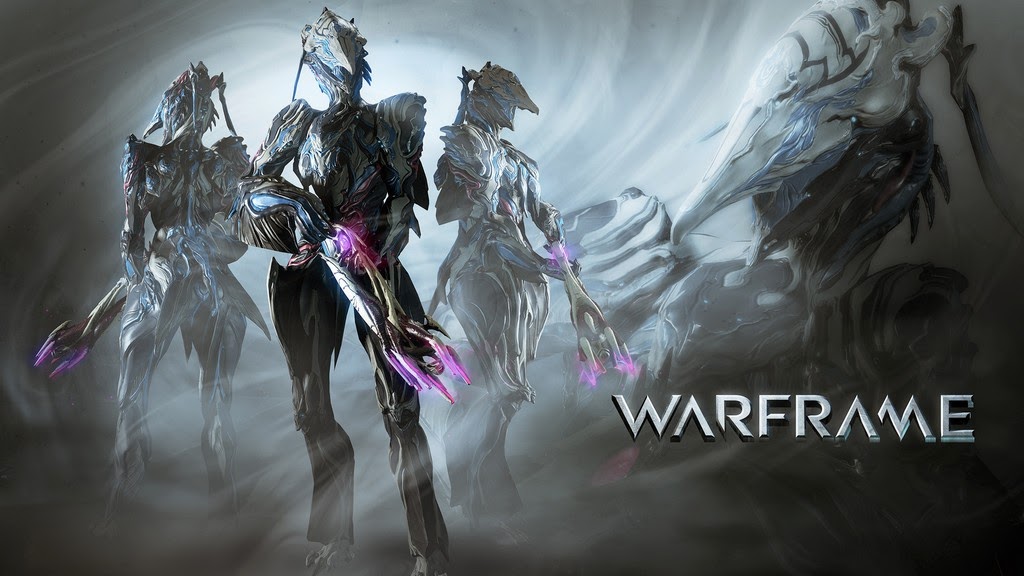 Authors Note: Before reading, please note, this review is regarding patch 12 and its content, not the game as an overall.
Pros:

Final Thoughts: Even with all the main-streaming to the UI and the reduction in clutter, there is still noticable frame rate lag that leaves players at times in the 60fps range in 1080p to sometimes single digits, but for those who are veterans, it's tolerable. We still hope to seriously see this hammered out in later versions. Overall with screen tearing, etc, aside. Warframe has improved for the better and is truly becoming a masterpiece I can gladly say is the dungeon crawler of third person shooters. Keep up the hard work Digital Extreme's. We definitely look forward to more difficult enemies, new planets, new bosses, and even new void mission types.

Warframe is a game I have come to love just like my days as a kid sitting in front of my dad's old Windows 98 Gateway Desktop in order to play Diablo II when it came out. It was there I spent hundreds of hours awake playing it in order to make my characters better, sit on the leader boards, and make a grind house of blood and viscera. Digital Extreme's has taken a less visceral turn with Warframe as we've mentioned in previous reviews. Instead we see a grim future where Earth has become inhabitable, Warframes keep balance, and little is known about what is left of the human existence. With little story aside from codex's players can assume there is a huge universe surrounding Warframe and room for story to grow, but that's not what we're here to target today. Instead we are targeting how Warframe has grown to improve in this new patch. Warframe went from a game that was only promoted through free-to-play, word-of-mouth, and eventually grew bigger with Sony's PlayStation 4 promotion of "Ninja's Play Free", which they do.

In Update 12 for PS4, we've seen a lot of changes, some for the worst, and some for the best. As you are able to note in my pro's and cons of Update 12, there were a few things myself, my team, and even co-writers have experienced. This is something that has become a blessing in disguise as Warframe seems to be improving in stability, content, and community feedback. In Update 12 we saw a few new things come in. The biggest is Zephyr, the new Warframe who can be built in the Dojo (Clan Key and via the Tenno Research Lab. Helping your clan do this? Is highly recommended as she takes roughly 2,000 or more Oxium in order to start getting the blue-print for. The rest of the parts? Pretty easy to get with clan assistance.

The most noticeably part of the patch is Zephyr. She is a Warframe that is unique due to her abilities to control wind. With her first ability, Tailwind, she is able to quickly maneuver up into the air, or if moving forward, quickly flow into combat. Once to her location, players can chain her ability dive-bomb in order to do large amounts of damage over a decent area of exposure. Beforehand, players can also use her ability Turbulence to mitigate damage from projectiles for a short time. In turn, this gives her a direct feed and control of the battlefield for a short period. Her most powerful ability is unique, Tornado. This is where a few of us are expecting players will be able to start fusing abilities with other Warframes in the future. Her ability Tornado is unqiue in the means that it can be altered by elemental damage from weapons, charged attack melee, and of course abilities (it may have been a bug, but we have had Saryn's miasma effect a tornado). With her ability Tornado, players have a huge destructive force before them that gives them direct control over the battlefield. Overall she is a unique Warframe, that many will say is a glass cannon, but one if used right, can easily win over the battlefield.

Interception is the other biggest change for us to note aside from the UI (which we will cover). Interception replaced Mobile Defense missions on Earth. By doing so they have also introduced an old mod that has once more returned; Natural Talent. It is only available via this mission type on Earth. With the debut of this mission type, players will encounter what most will recognize as domination. A team of four is highly recommended as the enemy does seem to adapt to the situation and spawn rapidly throughout the map. After teams have reached 100% capture ratio, they will then go on an extermination in order to rid the field of enemies. It is highly recommended to leave the last man alive in order to collect all crafting materials, mods, ammo, credits, and energy drops for the team. This will help in later waves where it does get rough.

Now lets discuss the new UI and how it works. The changes are pleasing however. The old clunky health numbers, shield numbers, and even XP bar has been moved. Instead of how it was, now it is replaced with large blue and red numbers, blue shields and red health, but of course the XP bar is right under them. This is also a nice change, because now players can monitor the state their Sentinel is in. The other nice part? The group grid no longer covers half the screen when being used, instead it is listed right under your own using very little space if anything. The most indicative thing though is the change to the mini map. Extraction is now a green blip on the screen changed from the red indicator that was at hard times to decipher from being an objective or the exit. What is also nice is objectives are now white with yellow markings on the inside. A player bleeding out is now represented instead of a percent, by time. This is something that is very nice as players can now dash their way across the map if needed be knowing they are running out of time. Revival in process is now represented in a percentage versus that of time, which we are unsure of why.

The best part of this patch aside from those highlighted? The in-game mail from Stalker and Harvester notifying you that you are being hunted by them. Unfortunately their difficulty now is quite a joke. They can be easily killed compared to that of before. With just a few bullets out of a Soma or a few bolts from Dread, they will crumble apart and forfeit their loot, if they drop anything.

Overall, the patch has been a quite welcoming thing, but players will still be able to notice screen tearing in the graphics, frame rate issues, and of course small bugs here and there we are sure will be squashed in the upcoming weeks if we see a patch come soon. For those of you playing on Warframe on PC and PS4, what changes would you like to see? What kinds of weapons, Warframes, story elements? Let us know in the comments.