Does the PS Vita Really Need First Party Support?
Originally Published and Copyrighted by Blast Away the Game Review on 6/21/2014
Written by Dustin Murphy 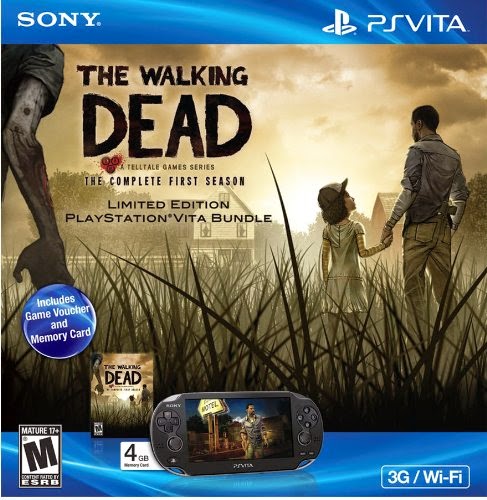 When games are being made by first party, we as gamers have heavy expectations, and some that just can't be fulfilled. As many of us know, Sony Entertainment has decided to cut back on how much they want to do as "first party developers" and have decided they won't be doing much in the means of development. The question is; does the PlayStation Vita really need their support as developers? In my honest opinion, the answer is truly this - NO.

Many of you may actually expect me to have said the easy answer of yes. The reason I've stated no? Because of the amazing third-party developers and publishers who have decided to really show through. With companies such as XSeed Games, NIS America, Tecmo Koei, Atlus, AKSYS and many indie developers, the PlayStation Vita has more games than I would have imagined. Sure there are not a lot of physical titles out there, but don't let that fool you. With a currently 76 games on my Vita, it's been no doubt as a writer and gamer that I have been busy. These games have ranged from indie titles, full retail titles, to PlayStation One Classics as well as PSP digital titles. This truly isn't disappointing. The approach reflects something similar to what Nintendo has done with the Wii U and Nintendo 3DS in recent years. Why do I say this? Go check out the indie game support as well as third party digital distribution support. That's not also leaving out the support for Nintendo DS support as well as the virtual console that's bringing back games from all sorts of platforms.

One of the biggest surprises that may come out of the PlayStation Vita for many of you is the RPG library. As many of us know, the PlayStation 4 has had a seemingly large lack of RPG's and JRPG's all together. When it comes to this, the PlayStation 3 and PlayStation Vita have become the go-to items for JRPG's as well as American RPG's, but that's not without saying there are some limitations to turn based titles. With many of these gaps having been filled by the teams mentioned above that are publisher and developers, there is no lack of support on the PlayStation Vita, but what it does lack are some triple A rated titles. The last true one the Vita could say it saw was the release of Killzone Mercenary, which in many ways, is the one of the best looking game on the PlayStation Vita at this time. What the PlayStation Vita could use is the appearance of a few franchises we've seen before, which means Square-Enix, Naughty Dog, and a few others would truly need to kick it into gear. What franchises might I be thinking you may wonder. That is one we ourselves could easily answer. A new Parasite Eve, Brave Story, and of course a noticeable absence of Tales of titles! Hopefully these are ones we will see make way to the PlayStation Vita in the future.
Posted by Unknown at 12:06 PM