Ubisoft Announces The Crew to Launch in Fall 2014! 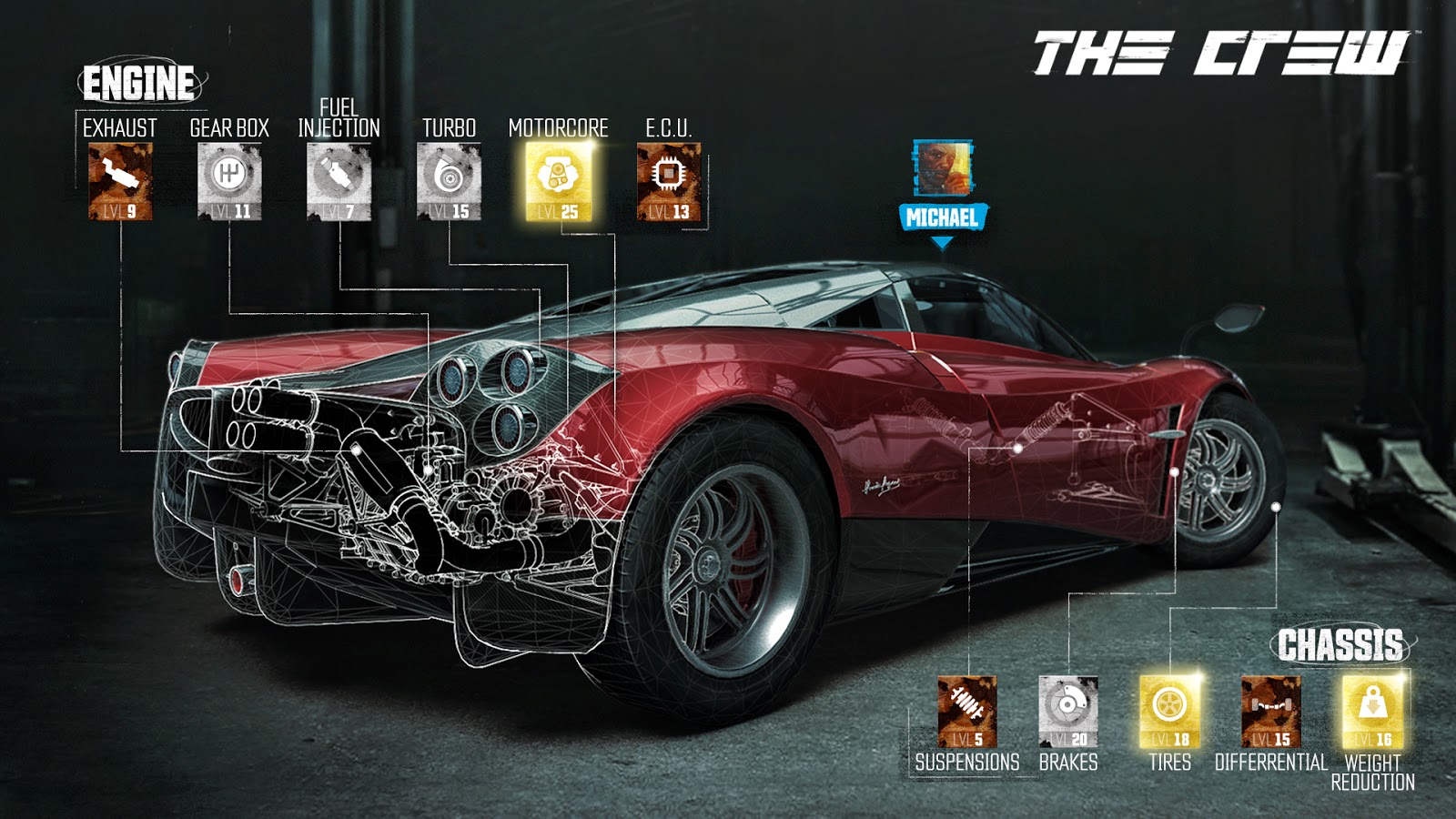 The Crew is a revolutionary action-driving game that takes gamers on a reckless ride throughout a massive, open-world recreation of the United States brimming with exciting challenges and populated by other real players.

The Crew’s premiere gameplay trailer, released today, shows four cars, each in a different iconic region of the United States, forming a crew to continue their journey together across the living, breathing open-world.

The Crew is now available for pre-order in two different editions for Xbox One and PlayStation 4. The Limited Edition will grant early access to rides that will prepare gamers for any road—and off-road—conditions. Players who pre-order this edition will receive early access to the BMW Z4 sDrive35is, Mini Cooper S, and Dodge Ram SRT-10 and their respective sets of full custom and performance parts. The Muscle Edition, which can only be pre-ordered at GameStop, will include all early unlock content from the Limited Edition and will also grant exclusive early access to the 2015 Ford Mustang GT. Both Editions include 10,000 bonus Crew Credits. Players can pre-order The Crew for Xbox One and PlayStation 4 at their local retailers.

For more information on The Crew, please visit: http://thecrewgame.com/

About Ubisoft:
Ubisoft is a leading creator, publisher and distributor of interactive entertainment and services, with a rich portfolio of world-renowned brands, including Assassin’s Creed, Just Dance, Tom Clancy’s video game series, Rayman and Far Cry. The teams throughout Ubisoft’s worldwide network of studios and business offices are committed to delivering original and memorable gaming experiences across all popular platforms, including consoles, mobile phones, tablets and PCs. For the 2012-13 fiscal year Ubisoft generated sales of €1,256 million. To learn more, please visit www.ubisoftgroup.com.

Xbox One is a trademark of the Microsoft group of companies and is used under license from Microsoft.

“Playstation” is a registered trademark of Sony Computer Entertainment Inc.

The Crew has been a game that got my attention the moment the PlayStation 4 reveal occurred. With beautiful graphics, realistic shading, shine, detail, and an amazing score; I was sold. With even the delays I've only began to grow more, and more, and more interested in the title. With a long development period for perfection, so we hope, we can't wait to see what Ubisoft has done we can only hope The Ivory Tower, Ubisoft, and us the fans can be just as excited for the launch as us. Where will you be when The Crew launches on next gen consoles? I know I'll be burning rubber, grinding gears, and granny shifting.

For a full new release of Artwork, check the small gallery featured with this article.
Posted by Unknown at 10:18 AM