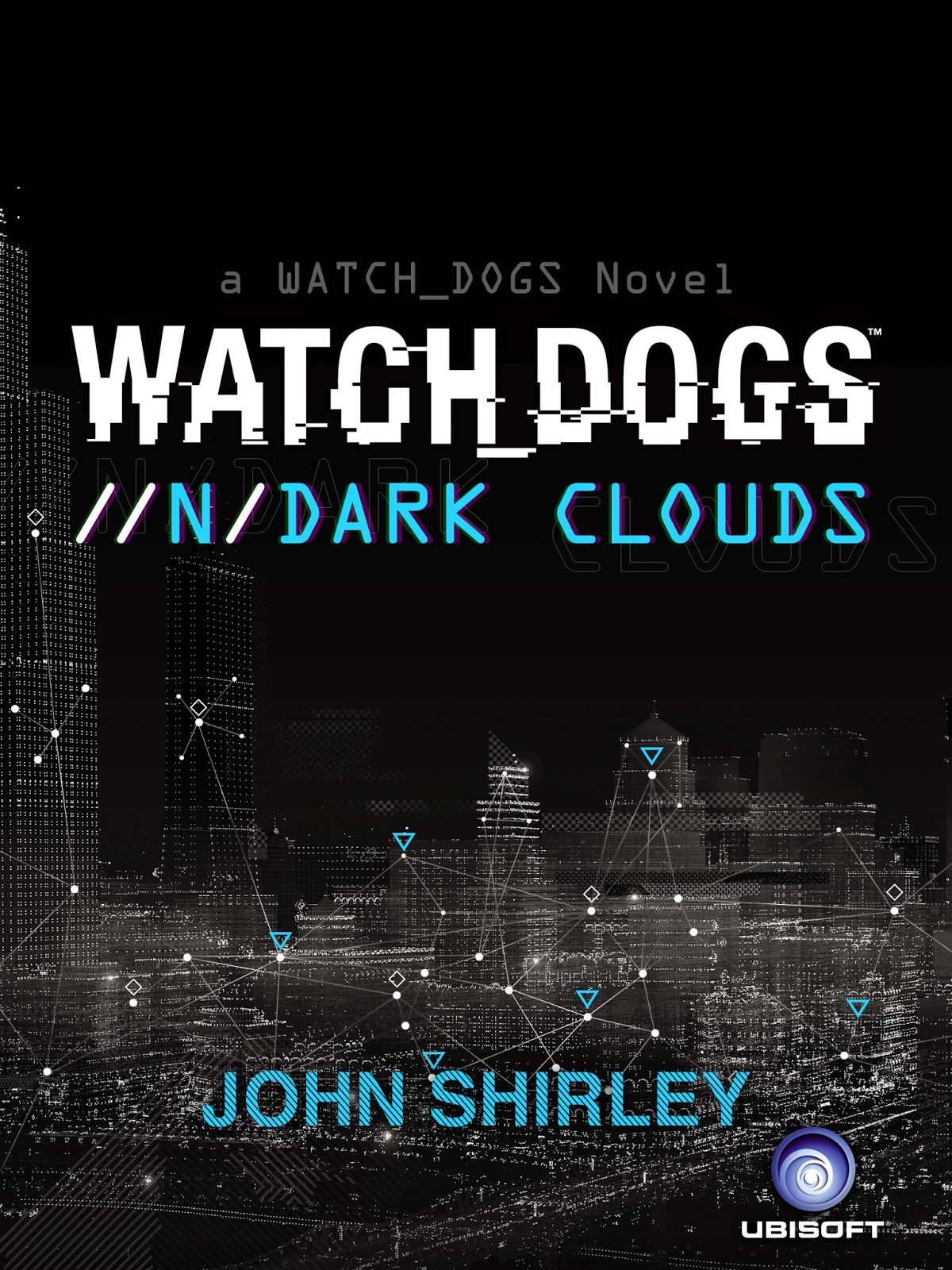 As we get closer and closer to the launch of Watch_Dogs, it is inevitable we will hear more about special items, and even electronic published goods. This one should be one of those that is on any Watch_Dogs fan purchase list. Why? John Shirley, the writer, has decided to continue Watch_Dogs with a storyline that picks up where the game has left off. The ebook is a first time thing for the well known and talented publisher/developer group at Ubisoft, and has been slated to be a digital only launch. If you aren't familiar with the talented John Shirley, he is a well known author with over 30 books and short stories that have been published. One of his most well known is his series called "Eclipse", which is an amazing set of Cyber Punk books. In these books, a theoretical future has occurred where Soviet Russia did not fall. He once more returns to the cyber punk-esque world with his Watch_Dogs ebook. Featuring new and previously known characters, we can only presume this book will be a heck of a read.  “Working on Watch Dogs was enormously interesting to me because its world offers the convergence of cyberpunk and the edgy tech reality of our times; it all plays out with action and energy against the inner city backdrop that I thrive in” said John Shirley. “With hack tech in one hand and gun in the other, Aiden Pearce is a believable fusion of hacker and action hero who deliberately slips between the cracks of society to relentlessly pursue his agenda. The novel introduces Mick Wolfe, an ex-military, who get caught in a dangerous game in Chicago’s hyper connected and violent underground. Working with Thomas Geffroyd and Kevin Shortt at Ubisoft to develop the book was a rocking experience – Ubisoft is right out there on the frontier of videogame development. I couldn’t ask for more inspiration”.Ubisoft Official Release Statement: Watch_Dogs //n/Dark Clouds will be available in English, French, Italian, German and Spanish at the game's release on May 27, 2014. It will be available in two digital formats: an upgraded e-book version with interactive elements including videos and image and a classic e-book. For more information, click here www.watchdogs.com/ebook.  Stay connected to Watch Dogs by visiting the official website, Facebook page and Twitter account.About Watch Dogs In Watch Dogs, players will be immersed in a living, breathing and fully connected recreation of Chicago. Players will assume the role of Aiden Pearce, a new type of vigilante who, with the help of his smartphone, will use his ability to hack into Chicago’s central operating system (ctOS) and control almost every element of the city. Aiden will be able to tap into the city’s omnipresent security cameras, download personal information to locate a target, control systems such as traffic lights or public transportation to stop a chase, and more. The city of Chicago is now the ultimate weapon. Fans can stay connected to Watch Dogs by visiting the official website, Facebook page and Twitter account.About John Shirley :John Shirley is the author of numerous novels, books of short stories, screenplays and teleplays. His screenplays include THE CROW, and his work in television includes episodes of Deep Space Nine, and VR5. John Shirley was one of the original cyberpunk writers, and his cyberpunk trilogy, A SONG CALLED YOUTH is now in an omnibus edition from Prime Books. Shirley's novels include CITY COME A-WALKIN', DEMONS, CRAWLERS, and BIOSHOCK: RAPTURE. His newest novels are EVERYTHING IS BROKEN, from Prime Books, and DOYLE AFTER DEATH from HarperCollins/Witness. His short story collection Black Butterflies won the Bram Stoker Award. The authorized website is http://www.john-shirley.com/About UbisoftUbisoft is a leading creator, publisher and distributor of interactive entertainment and services, with a rich portfolio of world-renowned brands, including Assassin’s Creed, Just Dance, Tom Clancy’s, Rayman and Far Cry. The teams throughout Ubisoft’s worldwide network of studios and business offices are committed to delivering original and memorable gaming experiences across all popular platforms, including consoles, mobile phones, tablets and PCs. For the 2012-13 fiscal year Ubisoft generated sales of €1,256 million. To learn more, please visit www.ubisoftgroup.com.©2014 Ubisoft Entertainment. All Rights Reserved. Watch Dogs, Ubisoft and the Ubisoft logo are trademarks of Ubisoft Entertainment in the U.S. and/or other countries.
Posted by Unknown at 12:47 PM