Animal Crossing: New Leaf Review
Originally Published on and Copyrighted by Blast Away the Game Review on 9/2/2013
Written by Dustin Murphy 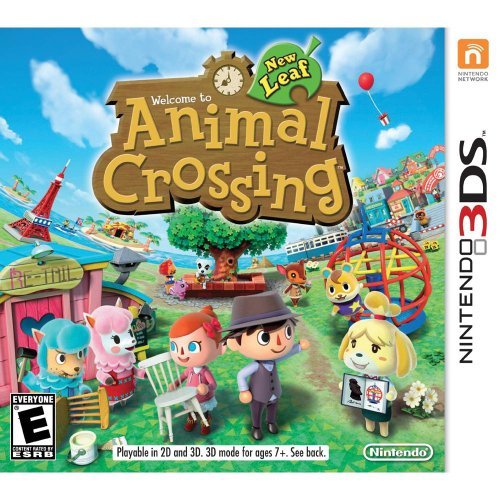 Final Opinion:  Animal Crossing: New Leaf was an interesting and remains an interesting experience. However, due to a real life and a lot of time consumed by other activities, Animal Crossing: New Leaf is extraordinary adventure. Allowing players to raise their own town as a mayor, interact with residents, and invite friends in, this title is definitely a must have for anyone. Thanks to the use of 3D and 2D animations the game transitions well for those who don't want to experience 3D.

Earlier last months I was introduced to my first Animal Crossing title. With a bit of concern the game was slid into my 3DS, booted up, and the introductory began. After a several day worth the farming for bells I was able to pay off my characters house, start working on my town, and thanks to a friend of mine was able to get a variety of fruits and plants for my village. Over time players will be giving a unique twist on things, characters will start selling random items, giving special objectives, and in turn rewarding them with various items that will in turn be usable by them in their town or a friends town. The interesting part of this game was the focus on free will, maintaining relationships, and of course learning how to manage money as well as properties. 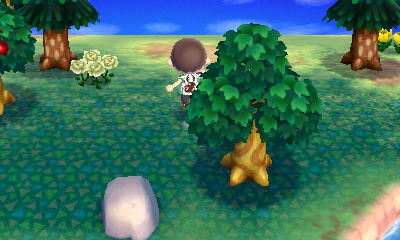 In the game the objective players have is simple - be a mayor. In their tenor as mayor players will take on a vast amount of things to do as time fillers. Many of the things that I found myself doing was bug hunting, planting, selling, fishing, and of course cutting down trees in order to plant new ones. Through the rearranging of the village and maintaining bells (game currency), players will payoff loans they used to expand. The most expensive part in my twenty hours of playing was of course expanding my house. Within the first twenty four hours I found myself fishing, picking fruit, plucking flowers, fishing, and gathering sea shells to sale in order to make my dues. After having payed a rough 150,000 bells to pay off my characters house and expansion the time had come to start paving my roads and of course decorating around the village and my characters house. Thankfully as time went on more shops began to open, new events took place (labor day/today is a perfect example), and of course I was able to start filling up my villages museum for other players and characters to admire.

The hardest part of the game to come across was learning how to go to islands, and that alone took progress. After spending some time in the gaming I was informed by Isabelle (your aid as mayor) that I had a visitor waiting at the docks for me, and that person was the mayor of my village (Banville)! After taking the boat to his island once his introduction was done I was introduced to a delightful set of interesting things to do, from being a shop keeper for a little girl, to fishing tournaments. To earn currency to buy items on the tropical get away, players will be required to do these said fishing tournaments, and in turn they are given medals to allow them to purchase items. The items can range from clothes, housing fixtures, to possible equipment (so I've been told). Taking on one of the fishing trips they greeted me with a objective to catch as many slender and long fish, this being due to the eel like title of the fishing challenge. After fishing for a few hours I was able to obtain a few items, a feeling of self accomplishment, and a sheer relaxed joy. 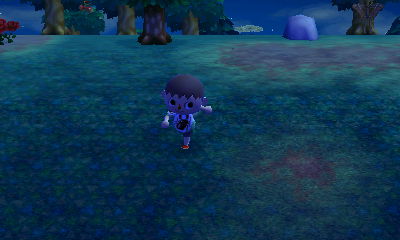 Upon returning from the trip it became apparent that this game was not made just to entertain, but to give players a sense of relaxation, an escape from reality really. When it came time for me to enjoy the title I decided to save and continue before my 3DS died for the second time (luckily this was the first while playing). After getting my 3DS charged back up I was quickly informed by Isabelle that the local maintenance worker wanted to see me and it was apparent I was in trouble. After a few minutes of reading I was warned that I lost some progress, could have broken something, and overall warned to keep my batteries charged while playing. While this warning was amusing it was also something quite annoying. Did they really think little kids would play this and care about battery charge? Once accepting my warning the game carried me to where I left off, which was standing outside my house, and there I was greeted by the post master. Talking to him was fun as it always is since he usually has gifts, but this time he didn't. Instead it was a letter from a resident letting me know they were considering moving out since they hadn't seen nor interacted with me in a few days.

Heading to the neighbors house was easy thanks to the bottom screens mini-map pop out tab that lets players selecting a residents house. Clicking on Fang's house it was a small trip around the river bend (village lay out depends on the map type you select). At his house I was able to able to have my character interact with Fang in order to find out why he wanted to leave and ultimately have my character assure him that staying in Banville (my village) was not a problem for him. The problem for him of course would be fixed by my character being seen around the village. 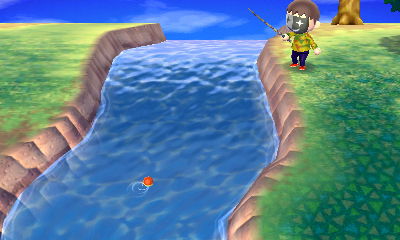 When it comes to game play and interactivity put aside there are a few flaws that truly do stand out with Animal Crossing New Leaf that bugged me quite a bit. Lets start with the multiplayer aspect of Animal Crossing New Leaf. When it came time to do multiplayer it was almost a slight hassle due too the lack of friends on my friends card tab. After getting a friend of mine Sarah's and her having to teach me how to open the gates to my village by talking to the train conductor we got going. For a few hours we were able to explore, plant, move things around, and ultimately explore each others Crossings (can only be in one Crossing at a time and players must have their gates open to visitors). Thanks to her visiting and availability of new plants, I was able to plant new fruit trees that lead to a new orchard. When it came time to part ways I began to try and edit. This is where the game was quick to recognize what I was doing and informed me that my gates must be closed to edit or work on my village. After closing the gates I whisked away to work before being invited to go on a group fishing trip. Taking the offer was interesting to do so my friend and I made my way to the docks where we took the boat to the former mayors little tropical get away, but were later informed I needed a pass in order to do so. The pass? Well it costs fifty thousand of those fishing medals I mentioned earlier. Due to a lack of them we were incapable of doing this. Farming for a bit doing the fishing challenge I was capable of doing the challenge and enjoying a friendly and in ways competitive match of who can catch the most fish. 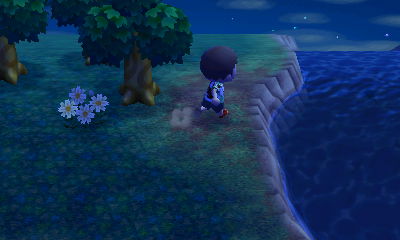 Leaving the multiplayer behind it was an interesting adventure in Animal Crossing New Leaf it was well recognized that this games learning curve is easy to get down, fun to play, and of course easy on the eyes whether in 2D and 3D. With Animal Crossing New Leaf holding your hand through the game no one can truly go wrong thanks to the well thought out planning by the development team. For my first time visiting it will be easy to say that players and parents of players really can't go wrong with this title besides the vast amount of work that must be put into it. The game is truly a must have for Nintendo 3DS owners and even upcoming 2DS owners.

Graphics: Very easy on the eyes, beautiful and of course comical for the eyes to see the 3DS shines with this title showing itself as a high end game whether in 2D or 3D. It is only amazing what has been accomplished and very well could be on future versions on the 3DS handheld.
Sound: With a easy to go soundtrack, laughable "words" and of course a heavy sense of ambiance, this game is unique for a simulation title.Controls: Very easy to learn thanks to the in game training system and of course the lengthy instruction manual provided by Nintendo.Official Website: Animal Crossing New LeafOfficial Twitter: @Isabelle
Posted by Unknown at 2:11 PM