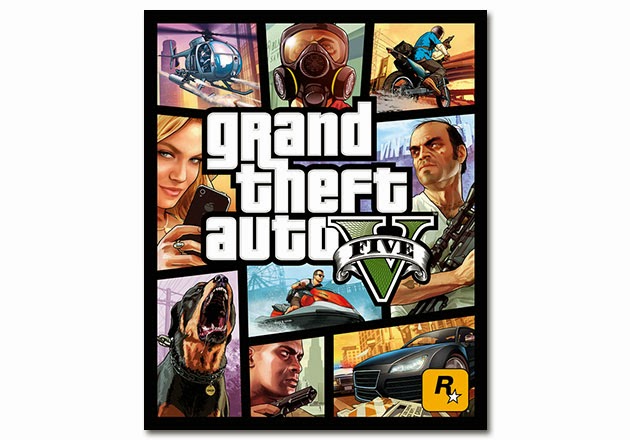 When it comes to pushing the envelope on what is acceptable in any form of media, Grand Theft Auto is a series that seeks to break that, and ultimately redefine adult gaming entertainment. With record breaking sales every time a title comes out, Rockstar is great at this, and they keep doing so. Earlier this past week players saw a release for Grand Theft Auto V, the game that cost the most ever made at or exceeding development cost of 128 million dollars when all said and done, and in turn has made a profitable gain in three days that no previous games have done - 1 Billion USD sales overall.

Within three months of release, Call of Duty Black Ops II had finally broken records previously set by Halo titles just under the one billion USD mark, and now - GTA V has done that. Becoming the most profitable game in the market, GTA V has gained a crowd bigger than any other, GTA V's fans and non-GTA fan's alike. We could truly see a game that will define the production of games, movies, and any form of media outlet thanks to the time and effort put into it by the development team. For those curious? GTA V is unlike any GTA made, it's beautiful, characters believable, and of course a story-telling unlike any other in gaming history that could easily resemble something seen from the 80's and 90's gangster, daddy-issue, and homicidal maniac filled films. Taking many queues from movies such as Scar Face, Friday, and American Psycho, players will be awestruck by the gravity of this games depth.

Stay tuned for an upcoming review by me and see my take on the first Grand Theft Auto title I've truly enjoyed so far!

GTA V is now available for both the XBox 360 and PlayStation 3 for 59.99 at all major online and offline retailers. GTA is rated M for Mature due to contents of the game, parental advisory is highly recommended for this title, and is not suggested for minors.
Posted by Unknown at 2:59 PM