Call of Duty Ghosts Review for PS4 and XBox One Final Thoughts: Much like previous generations, Ghosts provides an entertaining online experience with one addition, players can access the games Ground War mode, which takes players to an aggressively hard and fun 9 versus 9 experience. It will not be experience missed for those that prefer smaller game types. 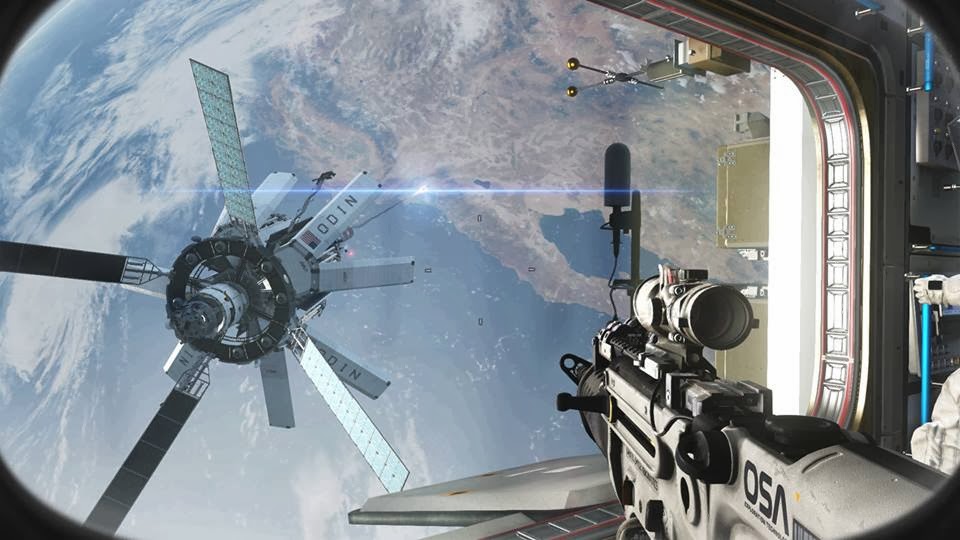 Much like my review before, Call of Duty Ghosts takes us on the experience as Logan and his brother Hesh, whom experience a catastrophic event that leads to an almost assured downfall, but this time players of both next generation consoles get to experience the campaign in a patched in 1080p resolution, allowing for a beautiful display of the graphics on what is considered ultra-high PC quality. Much like before however, this time players will see fog rolling on the ground, higher particle density, but also a beautiful display of explosions and debris unlike before. The campaign of course has had no changes to it aside from the graphics, which will leave players wanting to not step back into the current generation version, which has lower resolution, a lack of Ground War multiplayer mode. With the PlayStation 4 and XBox One versions, players will also get to experience their unlocks carrying over from PlayStation 3 to PlayStation 4 and from XBox One to XBox 360 versions of the game, allowing for special backgrounds to be unlocked, also allowing players to identify themselves as veterans. Unfortunately, this does not work from XBox 360 to PlayStation 4 or PlayStation 3 to XBox One, it is quite unfortunate, and why? Because it seemingly requires achievements/trophies from the past consoles, this however, is unfortunate due to the existence of the Call of Duty App, which tracks records between all Call of Duty platforms for Ghosts. 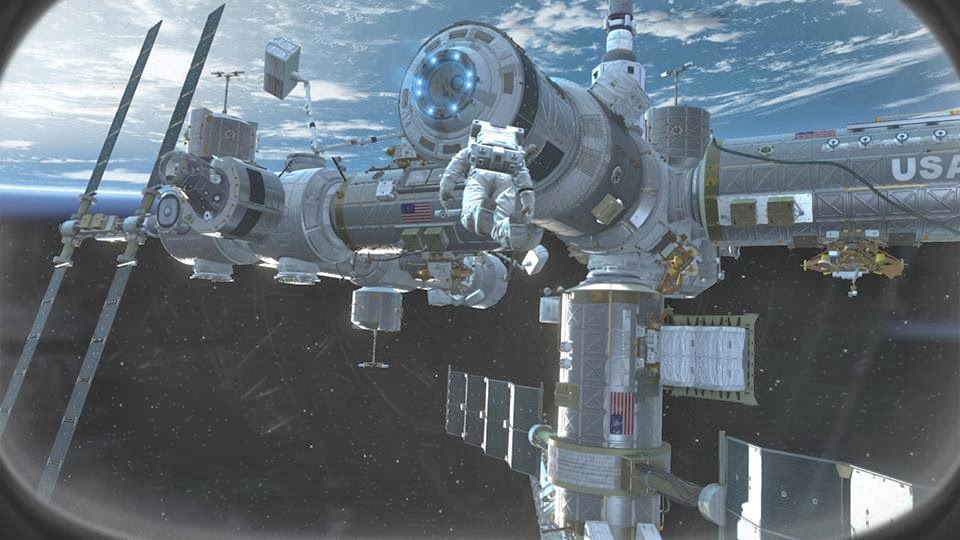 Outside the open ended campaign, which is not unusual, Infinity Ward has greeted us with a new mode called Squads. In Squads mode players have all ten characters available and can edit each of them, which sets them up as different classes, different weapons, perks, and even kill streaks. After having built the classes, players can then take these pre-made characters into a off-line game mode, which simulates online multiplayer. Unfortunately you will find yourself spending more time setting up the A.I. characters than actually playing if you are wanting to experience a different play style for each bot, which can be described as underwhelming.

After spending time editing bots or going online, players can go online, unlock up to ten characters using squad points by leveling up or performing challenges that can be completed. Those challenges can also unlock new character customization parts, which can have a dramatic effect on their characters overall appearance. This also leads to helping unlock new guns, grenade types, accessories, and of course attachments. All of these require the said squad points that can be obtained in some of the new game modes such as Blitz, Grind (reminds me of Halo's headhunter mode to be quite honest mixed with CoD's Kill Confirmed), and of course a very familiar to many game mode called Search and Rescue. The Blitz game mode could easily reflect a capture the flag kind of mode, instead players actually have the goal of sliding into the enemy teams "goal" in order to score points. In scoring points, players will be teleported to their base and not give up their kill streaks or life for that matter. Instead they are left vulnerable In Grind players are pressed for time in order to kill enemy players in order to gain their dog tags. In doing so players have their life expanded by just mere seconds. In their life being expanded, players are able to move faster, deal damage in a quicker pace, and of course lead up to teeth clenching moments as you move for another set of tags and your time is running out. After this hectic time players can try the new Search and Rescue, which sounds, plays, and acts just like it's described. The goal is for the teams to earn kills in order to revive team mates, think of it as a "elimination" mode, which only honors re-spawns based on kills of enemy players. 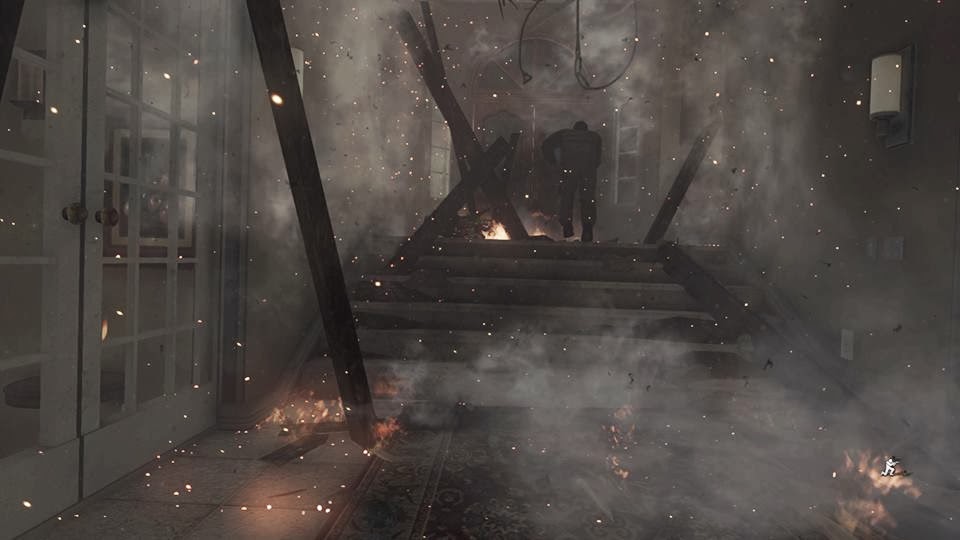 After spending time with those and returned game modes, it was time to pick apart the new "dynamic map" scheme that Infinity Ward bragged about, which unfortunately is very negligible in appearance, and at times will never be noticed by players. Unfortunately I've only seen this once when an enemy player activated a KEM Odin strike, which unfortunately can only be seen on Strikezone and will change the map completely from the traditional lay out it had, but instead making it a nuclear wasteland and having wiped out most of the enemy teams players or even your own teams players if they are in the initial explosion area. In other maps, players can find walls that can be destroyed by grenades, areas that will allow them to hide in water, and of course like on Octane, blow up the gas station, and add cover to their area. Unfortunately, if you are looking for Battlefield-esque maps, this game is not for you, but if you are wanting a very competitive game that is not a head-turning kill-fest, this game is for you. The biggest and noticeable change is kill streaks are less air based this time around, allowing for fewer choppers, attack planes, and or even drones flying around as UAV's. This provides a nice change and a hope to note die within seconds of accessing their chance to spawn up. (Please note we will not be comparing the two as they are not the same in any means besides the fact they are first person shooters, and that is all).

Tired of the multiplayer? Well thanks to Infinity Ward, they took a queue from Treyarch with their new "Extinction" mode, which is just as neat, fun, and challenging as Zombies from the Treyarch titles. In the Extinction Mode, players will take on the role as multiple classes they can choose from leveling up. One for example is the engineer, who can repair the drill, which is used to mine through alien hives, and kill them off. This allows for the players to obtain more money, and move on, but this can sometimes be stalled by the drill being damage; this is where the engineer comes in. The engineer is able to provide the drill with repairs allowing for the team to move on quicker and of course seek their goal of moving on into further waves. Players in this mode will rank up just like in multiplayer for completing goals and destroying the aliens they are poised to fight against. This mode in its own is truly amusing as players will be able to find a vast amount of guns, rewards, and of course traps to use, which lead to multiple challenges being completed or failed, which allows them to level up abilities (equipment load outs). However, far as I have seen there is only one map available at this time, but fear not - there will be more we can expect in future downloadable content.

This Call of Duty has never felt more organic, more laid back, and more about true player skill. Players will still find people hiding in corners, shooting out of windows, and or simply just running around tearing up the score board, but this provides a different change of pace from past Call of Duty titles, which left players banging their head on the wall.

Graphics: With a much higher resolution than the current generation, the XBox One and PlayStation 4 both offer computer-like experiences, allowing for the PC game to be experienced on console

Sound: The sound for Call of Duty is more realistic than ever. Each gun has their own unique sound when firing, player characters and even A.I. tell a unique story to them while in combat. In multiplayer characters call out where they saw an enemy. Even explosions have their concussion like sound they should have when exploding.

Controls: This is a feature that has remained untouched, but refined. Some players will find it a bit difficult to use the highlighted corner lean points on the maps, which can grow frustrating when learning how to take advantage of this.