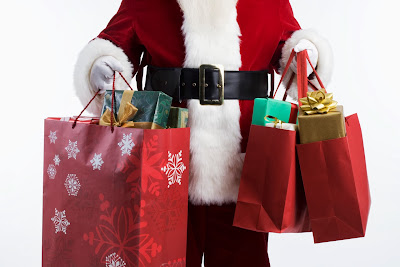 We know that the Christmas and Holiday season can be hectic and can lead to hair pulling moments as well as the frustration as what to get your gamer in the family or that geek that simply doesn't give you ideas. Well? Hopefully I've got a fix for that! As a gamer I know we can be hard to shop for, that we are hard to find things we don't already have, and this leads to frustration. Well! I got a last minute gift idea list for those folks that are in that spot!

Pops! Collectibles: These unique items vary from the price range of 10-15 dollars a piece and provide a unique, awesome, and cheery place on book shelves, gaming centers, tables, and or anywhere else that your collector for gaming, geeky, and even nerdy stuff might hold.

Hot Games of the Season: As always, this is a hard one to figure out, so here we go on a short list of games for both current generation, next generation, and some even older that can be downloaded!

-Super Mario 3D World for Wii U has been highly recommended by many of our team members and even will send your gamer in for hours of enjoyment!

-The Legends of Zelda: Link Between Worlds. This title will provide them with a console like experience on their Nintendo 2DS/3DS handhelds and will last them for days to come in a throwback to classic The Legends of Zelda gameplay style with an all new look to it!

-Forza 5 for XBox One: As we all know racing games are cool, fun, and enjoyable, but with a new console there's not always the funds for this, so Forza 5 is a must have for those XBox One folks that don't already have it.

-Dead Rising 3 for XBox One has been fun, beautifully done with graphics, and provides a seamless onslaught of zombies and story. Did we mention not just a few zombies, but more than you could know what to do with, and that's not even saying there's a slow down of it!

-Call of Duty Ghosts for PS3/360/PC/PS4/XBoxOne has been one of the most amazing games in the franchise. With a rebuilt engine, limited devastating Kill Streaks, and a new Extinction mode that builds upon the success of the Zombies mode, we can only suggest this as one of our top picks for gamer's.

-Soul Sacrifice for PS Vita is a game that any dungeon crawler, beat 'em up, and hack and slasher will enjoy. It provides a endless seam of online, co-op, and dungeon grinding in it, as well as a story that is truly remarkable and highly detailed, leaving players wanting more of it's challenging boss-fights, so they can head online, team up, and duke it out once more.

-Tearaway for PS Vita is unique in the means it uses motion, touch screen on both front and back, but also the simple controls. It is cute, fun, and purely enjoyable for gamer's who loved Little Big Planet and want a game that's friendly to all ages.

-Mass Effect Trilogy for PC/PS3/XBox 360 provides players with the entire franchise in its release state for each platform and provides a unique take on human space exploration, aliens, and a catastrophic threat that could put entire universes at risk without the bravery of Commander Shepard and the team made out of it. The series is a 3rd Person RPG-over-the-shoulder shooter that is crafted around the players choices, actions in missions, and of course the people they interact with. Choices from each game will influence the ultimate outcome. (Please Note: The XBox 360 version does not include DLC for the series. PS3 owners will get full content for Mass Effects 1 and 2. DLC for Mass Effect 3 is sold seperately. To play on PC Origin is required as is an Origin account).

-Wii U Bundles: When it comes to getting new consoles, there is always a tricky procedure that goes with it, and that is something we all know. However, fear not! Nintendo has been bundling their Wii U with awesome games such as The Legends of Zelda: Wind Waker HD, Nintendo Land, and Mario & Luigi. Definitely a console worth having.

Gunnar's Optics: These things are amazing glasses that help bring out the most in your games while reducing eyestrain, screen glare, and of course the brightness of your computer screen. These glasses also do come in prescription strength and can be found at most Optical Clinics. Check out www.gunnars.com for more info!

J!nx Apparel: These folks are the masters of gaming, geeky, and everything nerdy. Their clothing, collectibles, and gaming memorabilia is beyond worth looking at. Did we mention they also listen to feedback via their Facebook Page and Twitter? Go check them out at www.jinx.com

Last, but not least, Loot Crate. These things are simply amazing and come with gear for gamer's and geeks alike, just like mentioned in our last post. The gear in it is completely handpicked and random by the awesome folks over Loot Crate.