Gamer Rant: Games That Should Appear On Next Gen.

Authors Note: I know some of these will be appearing, but I'm not talking about new titles. I'm talking about the older games, ones that still have life in them, and could easily see a remake for fans new to the series or old to the series and would like to revisit it in an optimized setting.

When it comes to gaming, I've had my fair share of gaming franchises, trilogies, saga's, and even single entries that lead me to wondering how they would fair on the next generation of consoles. With that thought I sat down and compiled the games that really hit home, ones that broke every barrier I knew as gaming, and left me awestruck just from having played it. That is where I have gone from game franchises from new and old, some as far as being simple easy to beat games, while others aren't so simple.

When having chosen this game series, it was quickly unreasonable for me not to pick this franchise, and that's due to everything about it. The series itself has been astounding as far as story telling, graphics, game play, and even emotional attachment goes, which is why I think it would be safe to say; next gen needs it. After having played the PC and console versions, I was able to notice several big changes, and that's where we will start off. The graphics for one on PC put a hurt on console, which is hard to say, and that is because even the console versions were beautiful. With views of galaxies, characters, and cityscapes that could have seemingly been real. Thankfully this is something the PS4 and XBox One could easily do, pump out those PC graphics, and demonstrate the potential the series has just in the older games alone on their maxed out settings. Lets not also forget that with the new 50GB blu-ray discs, the PS4 and XBox One could easily handle all that game data and some if the game is optimized properly. Who wouldn't want to tear across the universe once more with all the games conveniently available on the next generation and not having to worry about choosing decisions that could influence future titles on differing platforms (assuming you are like myself and went from XBox 360 to PS4). 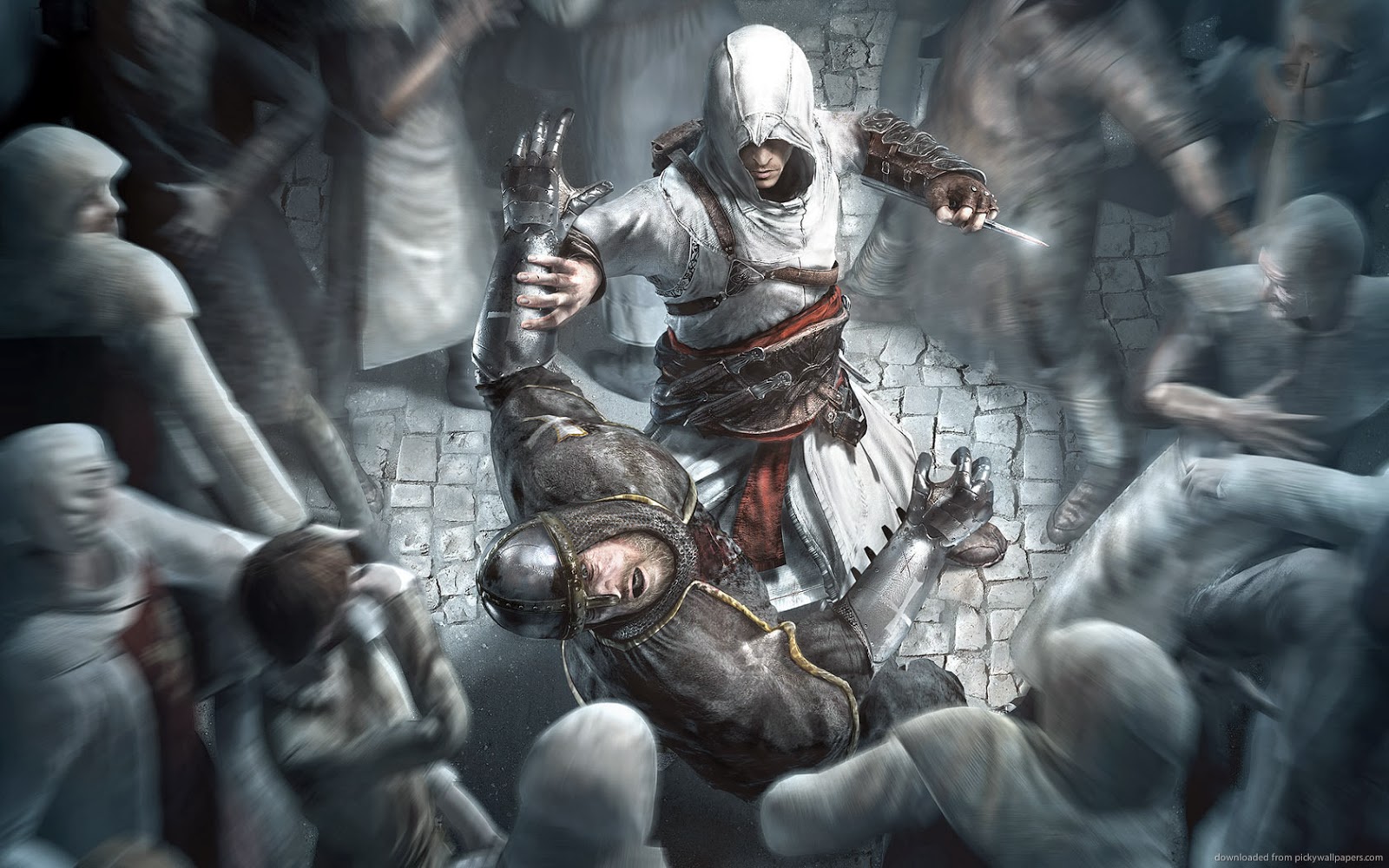 When Assassin's Creed first released I was eagerly at the doors awaiting the experience after having seen the games footage during E3 online, and with it I was left wondering the future of the franchise after having played much of it and the sequels that later followed. With the new consoles coming forth into the dawn of a new gaming era I grew curious to one thing - will they bring the old games onto the next generation? With Tomb Raider having been re-skinned, optimized, and even made to out-perform its previous versions, I've come to a conclusion that Assassin's Creed would bolster high sales on PS4 and XBox One due to the expansive story line it carries. This is a series that defined a new genre of open world, storytelling, and of course playing upon world history. Only time will tell if the folks over at Ubisoft step up and take a chance at doing so. 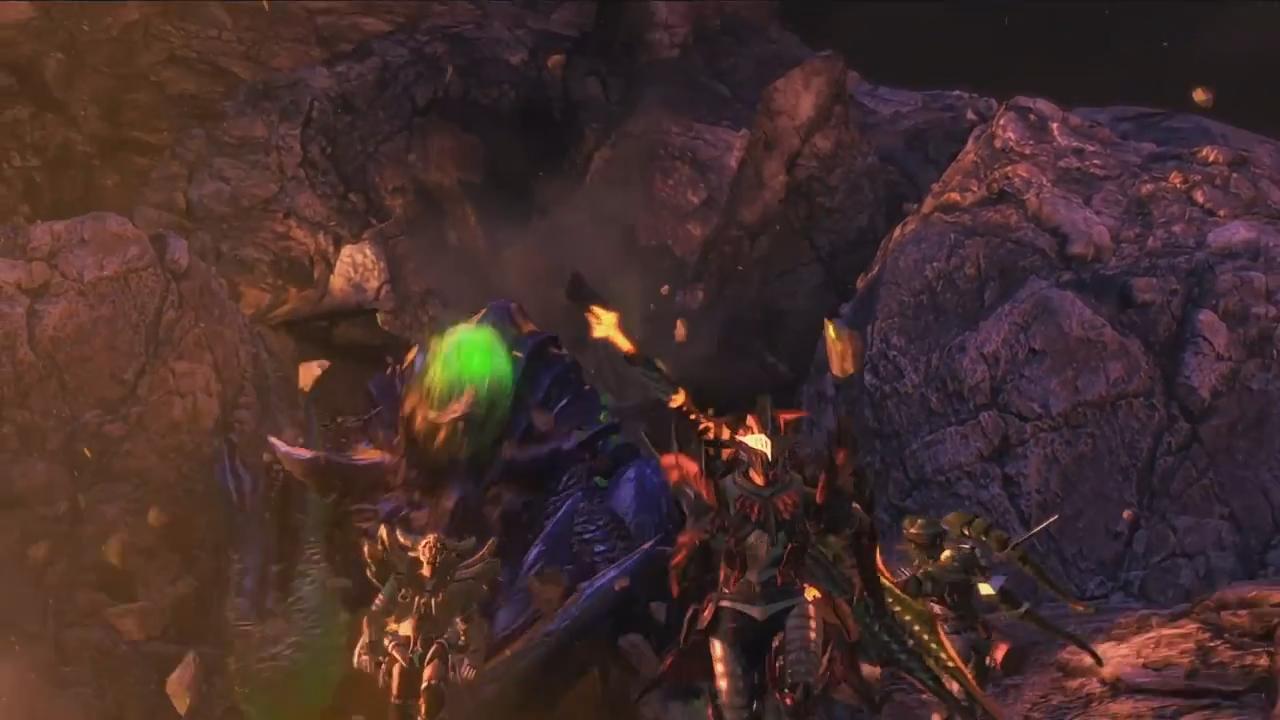 This is a series that has been around for a while now, but has never truly broke outside of the Nintendo and PlayStation handheld market, but that is changing soon thanks to the PlayStation Vita and Nintendo 3DS success; PC players are lucky to get Monster Hunter Online (currently not available outside of Japan). However, that leads to the wondering of how it would do on the next generation of consoles. When it comes to Monster Hunter, the game has an impressive following, and a one that could bolster sales for the companies involved for hardware sales if they could make a pitch to Capcom that would seem worthwhile and profitable. With massive monsters, seemingly open worlds, and of course now amazing stories (thanks to Monster Hunter 3 Ultimate). With a massive online community on the Wii U alone for Monster Hunter Tri, we can only hope to see a future outside of Nintendo products, PC, and of course PlayStation Vita (assuming that Capcom finds life there for their game). 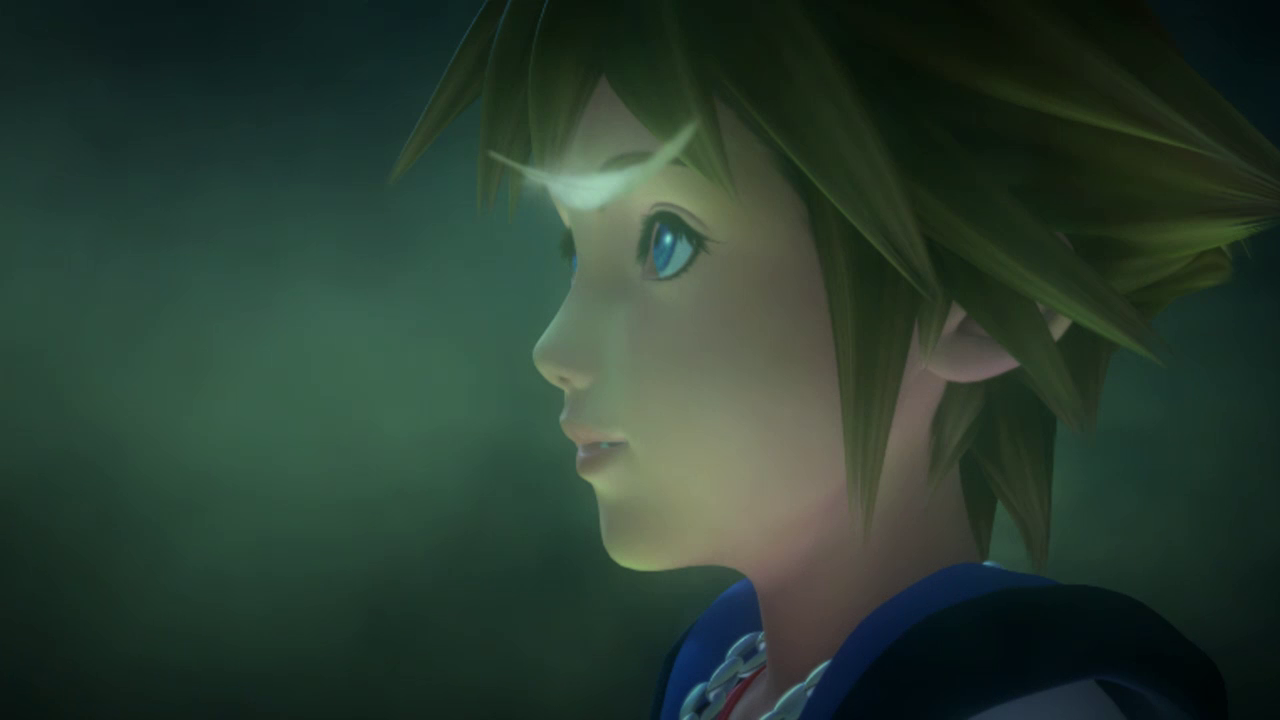 Many of us know the beautiful story that has been weaved by Tetsuya Nomura and his team at Square-Enix have created along side the team at Disney Interactive. The franchise can be considered one of the biggest, most followed, and of course best-selling franchises on the market. With this success only a few games related to it have been created outside of the PlayStation Platforms, and most recently having found more success thanks to the release of the Kingdom Hearts 1.5 HD ReMIX and its follow up successor Kingdom Hearts 2.5 HD ReMIX headed this way sometime in the not so far away future. With Kingdom Hearts 3 also having been announced and that can only leave us to wonder if or when we will see the franchise make its way towards the PS4 for a new found group that would seek to enjoy the franchise as it's meant to be enjoyed. 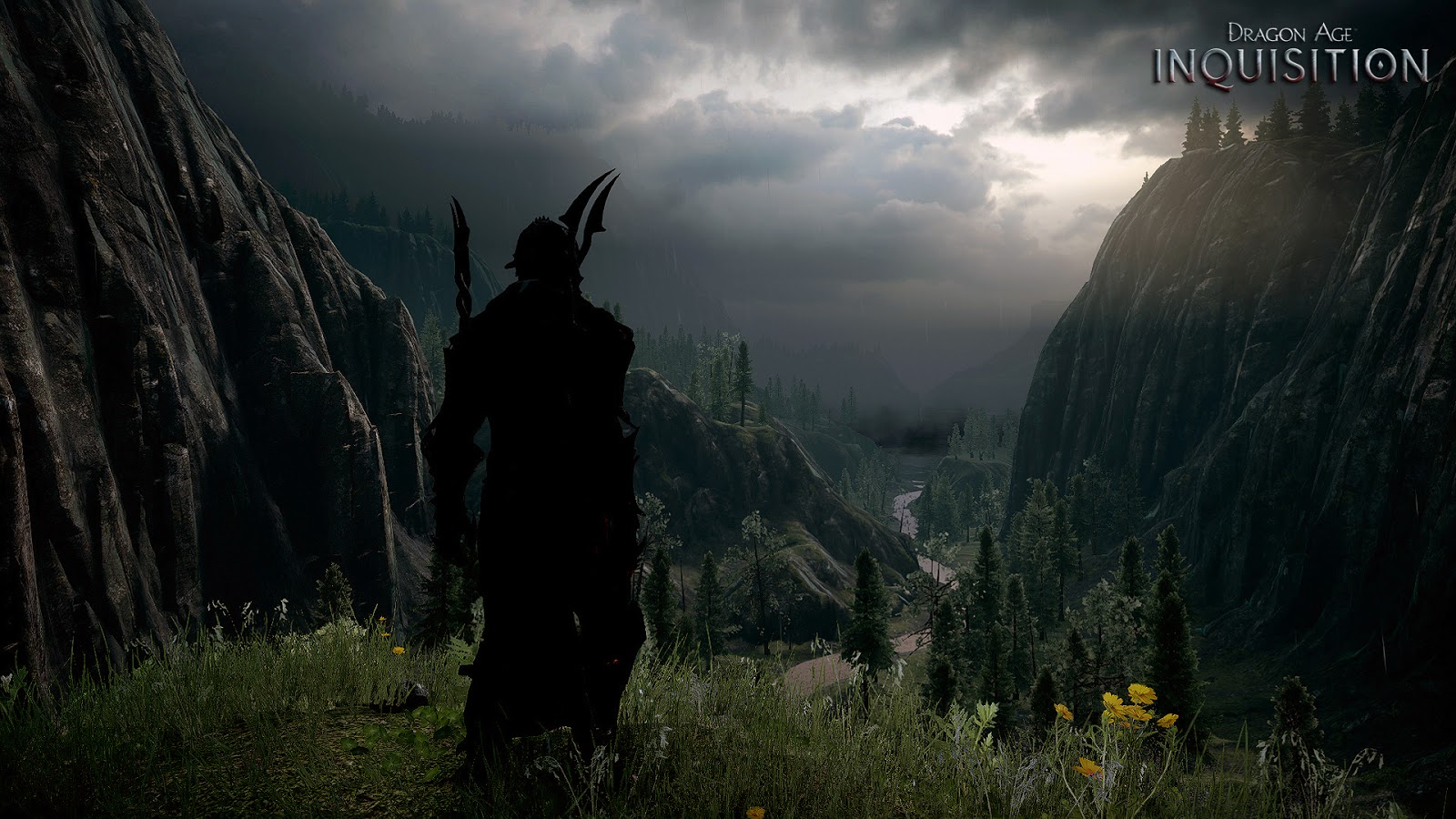 As many know the success BioWare has with their franchises, this is another series that could easily be moved over to both the PlayStation 4 and XBox One thanks to the x86 architecture they use, and would allow for PC like gameplay and graphics. With a beautifully weaved story taking place within the realms of Ferelden and Kirkwall, players would easily be able to enjoy the stories weaved into it, and of course expand upon decisions made when Dragon Age III: Inquisition releases sometime in 2014 on all platforms. Much like Mass Effect the series focuses heavily upon character choices, atmosphere, background, and of course many of the cultures that exist thanks to the multiple races that exist (Elves, Qunari, Dwarves, humans, and more). 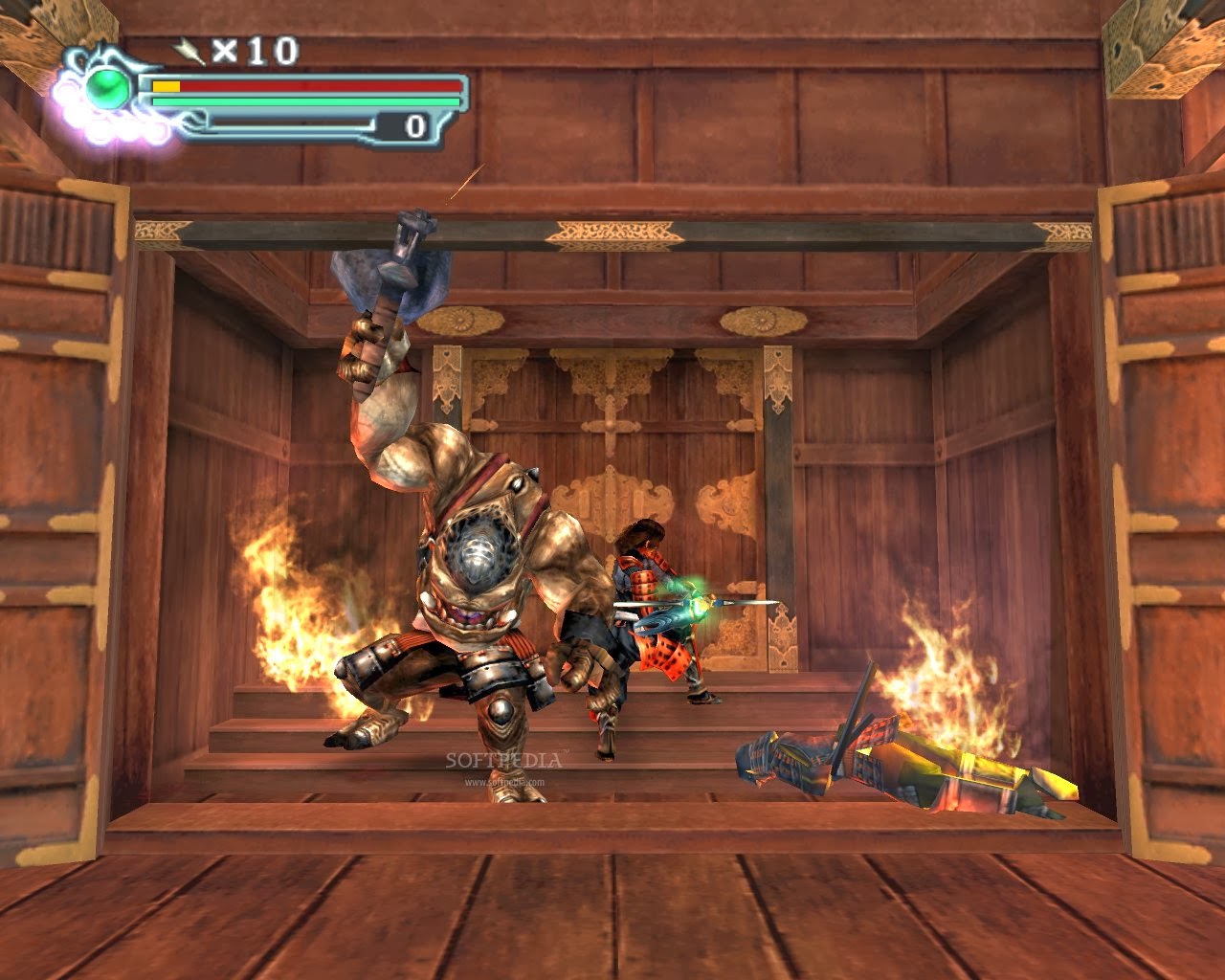 Known for its Resident Evil-esque puzzle, explore, and fighting game, Onimusha offers a deep back-ground filled story that leaves our heroes fighting against Oni (Demon) forces that seek to destroy all of humanity. Thankfully the series seemed to sell strong, carry on many of its story lines between multiple characters and of course even creating new ones. What was also nice about Onimusha was the fact the game kept itself refreshed, didn't copy off other games, and kept itself original to the Samurai era's. Did I mention big swords, mean enemies, and lots of body parts? No? Well there's that too. The series is one that Capcom could capitalize off of if they were to reboot it on the PS4 and it's easy to develop x86 platform. At this time, it is something Capcom needs, and we hope they do. 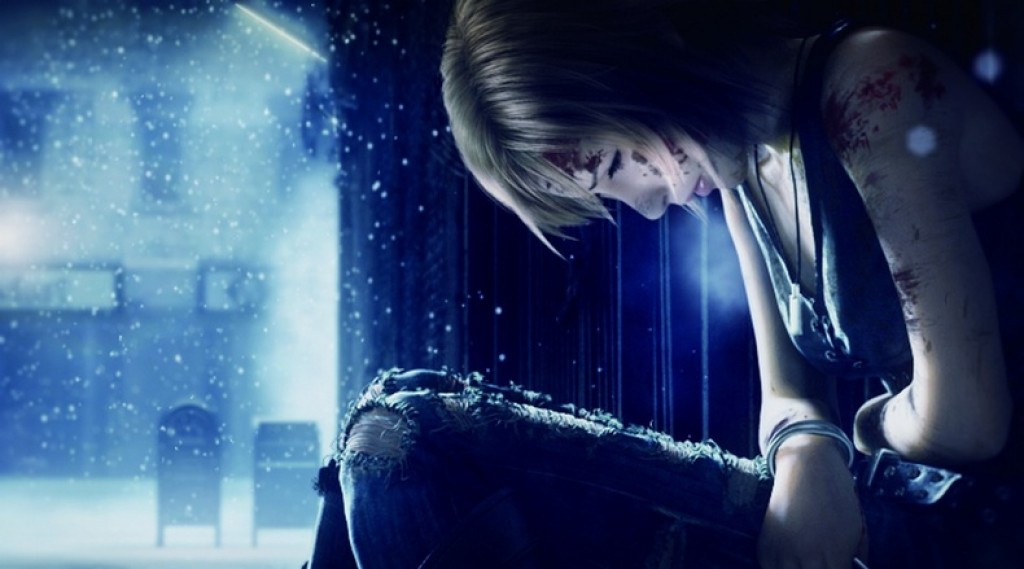 Many of us are familiar with Square Soft (at the time) and their adventure into science fiction horror with their title Parasite Eve. The campaign centers around protagonist and heroine Aya Brea, a New York Detective who has had the unfortunate mishap of being sucked into a rather dangerous, and very much alive world through a threat known as mitochondria. Thanks to a mysterious woman only known as Eve, Aya finds herself fighting for the life of all those around her, and of course herself. Through out the series the fight only gets worse and eventually leads to Aya fighting even harder through every obstacle possibly known to her. This is a series that would be amazing to come back with its original play style, storyline, and of course amazing voice cast that was witnessed in Third Birthday (Parasite Eve 3). Hopefully Square-Enix will look back and realize, the fans are still there, which means the series is still very much alive and could be expanded on thanks to the ending of Third Birthday that released on PSP. With the raw power of the PlayStation 4, players can only imagine what Square could do with this series, and that undoubtedly could be a masterpiece in the making as long as the attention to detail is there. 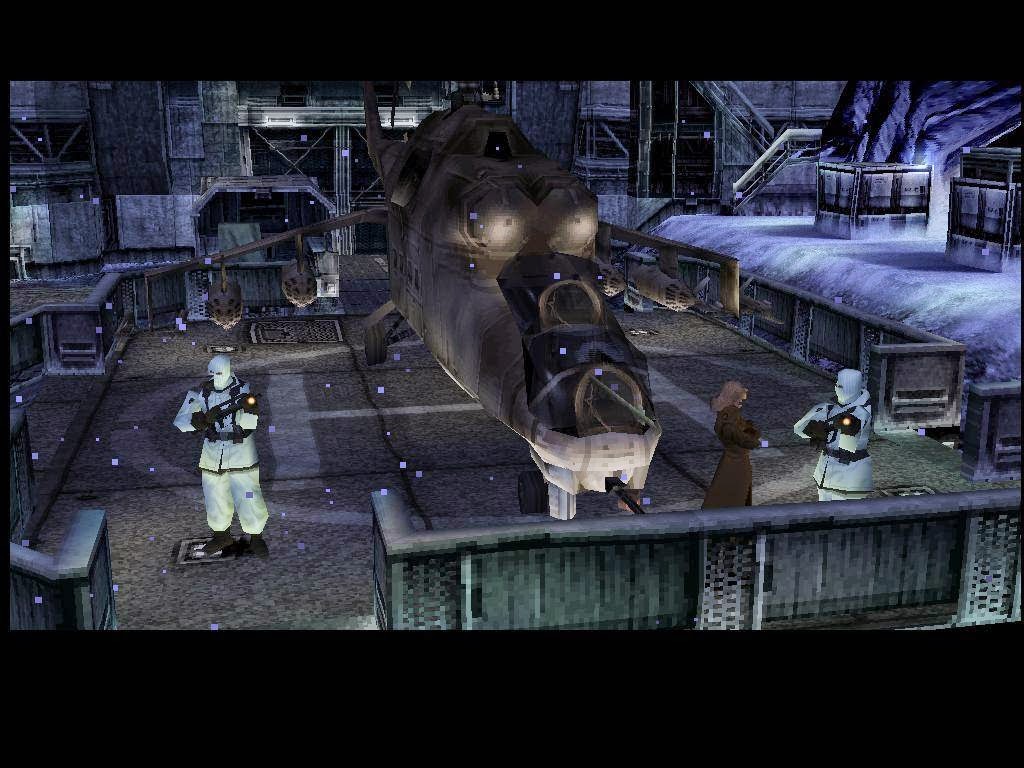 We already know how big the franchise is, but with many of the games having become outdated graphically, and of course control wise; it's time for a possible upgrade. With the PlayStation 4 and XBox One having started to become the mainstream gaming platforms, it is only a wonder if we will see Hideo Kojima re-release Metal Gear Solid as an HD remaster and follow up with new upgraded graphics to the others with the new Fox Engine we are seeing in Metal Gear Solid V: Ground Zeroes and Phantom Pain. 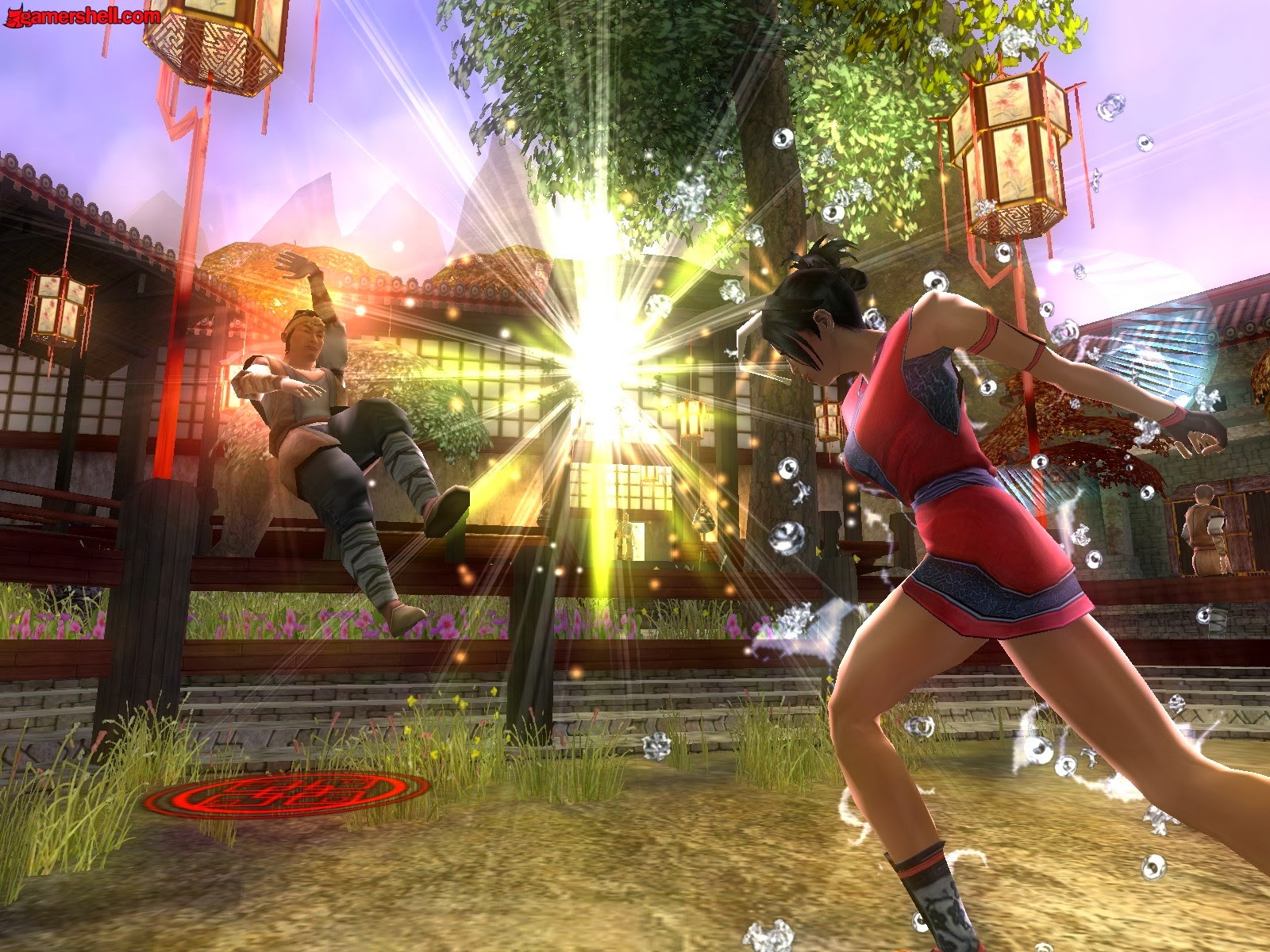 Originally released on the XBox Classic it can only be said that the game is and was a masterpiece that died before its time. Having been abandoned seemingly due to the success of Star Wars Knights of the Old Republic and the beginning touches on their now successful Mass Effect series. For those that have never played the series, it was what seemed like a prelude to the engine used in Mass Effect and of course Dragon Age, but with martial arts, and a very well scripted Asian back-story that feeds directly off myth and lore of ancient Asia. Set with a backdrop of betrayal, love, and friendship, the game accents the full circle of life and the occurrences with in it, and leaves us truly breath taken by the diligently crafted martial arts RPG they created. 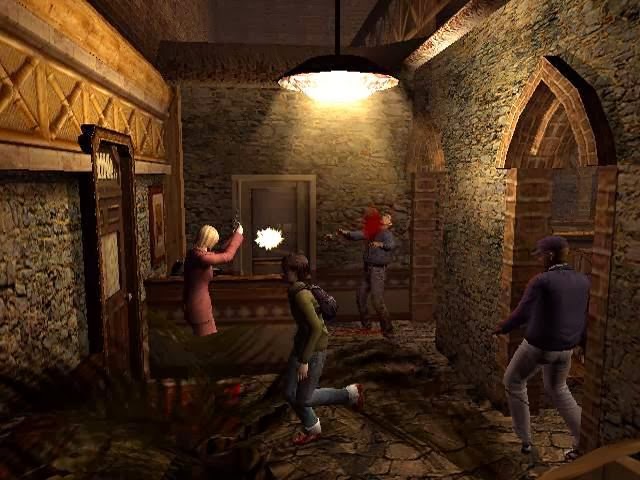 This series was unique in the means that it was not your typical Resident Evil. The game was simple, survive, work together, and try to get to safety as quick as possible, and without dying which was harder said than done due to the enemies. That is what some would find frustrating if not difficult due to the game using the original Resident Evil mechanics that were slightly upgraded in Resident Evil Code Veronica. The game evolves in mini-scenarios where players will take on objectives in order to get to the end. While doing so the game also pits them against multiple types of enemies including Tyrants, Hunters, and the typical zombies. The game with the new online systems would truly be able to shine out amongst the rest as a true testament as to what Resident Evil is about. Especially with the class system having been built upon in Resident Evil Operation Raccoon City.

We know all of you gamer's have a taste in games just as we do, but that doesn't mean you actually play the same games we do, which leads us to asking; what games do you want to see? Is there a specific franchise you hold to heart that needs re-released or could use it? Let the community know by commenting below!
Posted by Unknown at 2:58 PM