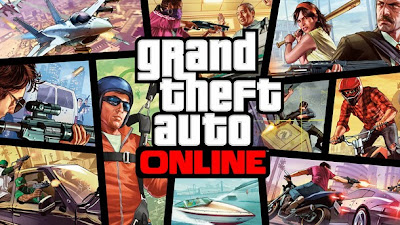 As many know, this time of the year is exciting, we get many games out and want to see who came out on top and holds the throne for Game of the Year. We get ceremonies such as the VGX Show on Spike, we get magazines doing their own, and last but not least, groups like ourselves who want to do one as well. With it we have been excited to see a new take on a loved series by its followers, some spanning age groups from young to old, while others may be new to the series and fall into one of them. With a cast that seems as if they've done this a hundred times over, the most ludicrous story-line and even multiplayer, we are excited to announce our Game of the Year for 2013 winner is Grand Theft Auto Online (GTA V). We want to congratulate the teams involved with Rockstar to provide such an amazing experience our fans have decided was the best of the best against Fire Emblem: Awakening, The Last of Us, Bioshock Infinite, and Pokemon X/Y.

With our votes having been tallied, counted, and even extended, we're excited to see the results having come in and have decided next year we will have more poles, more games, and even more choices to run through. As you know, you the readers are important to us, and that means one thing - We want to hear what you want on our voting polls for 2014. Do you want to see more games, next gen, and of course newer categories? Let us know, we want to know what you want, think, and feel should be a new portion to our Game of the Year voting!
Posted by Unknown at 10:25 AM