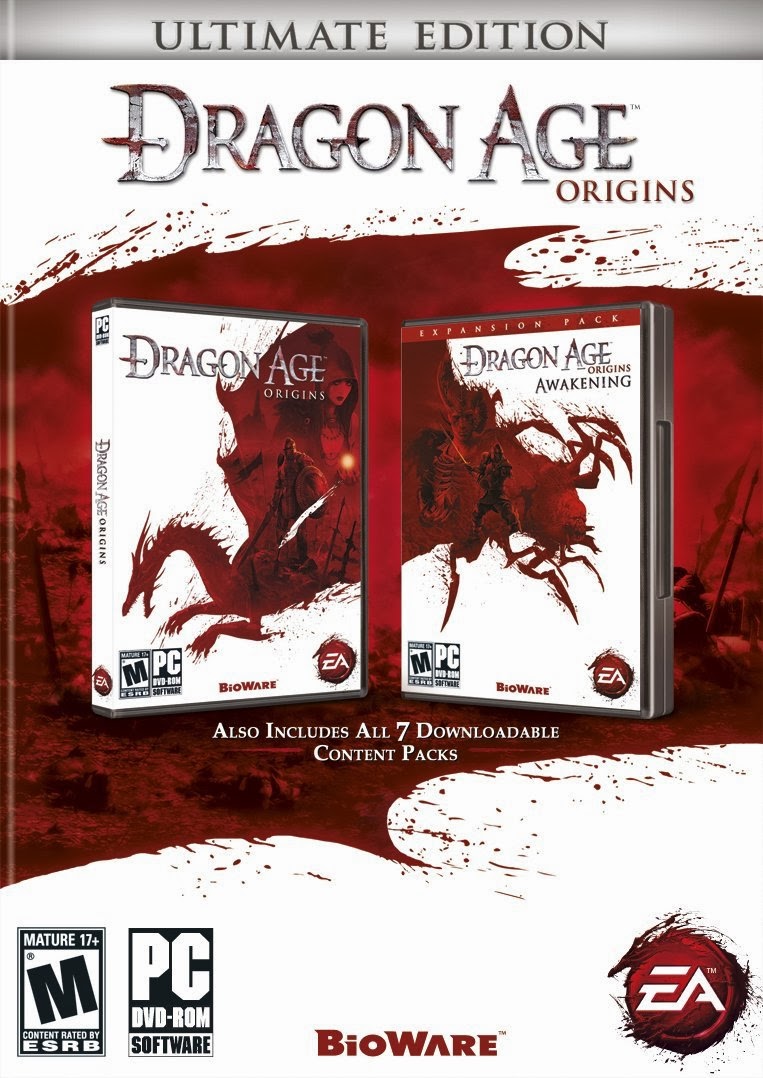 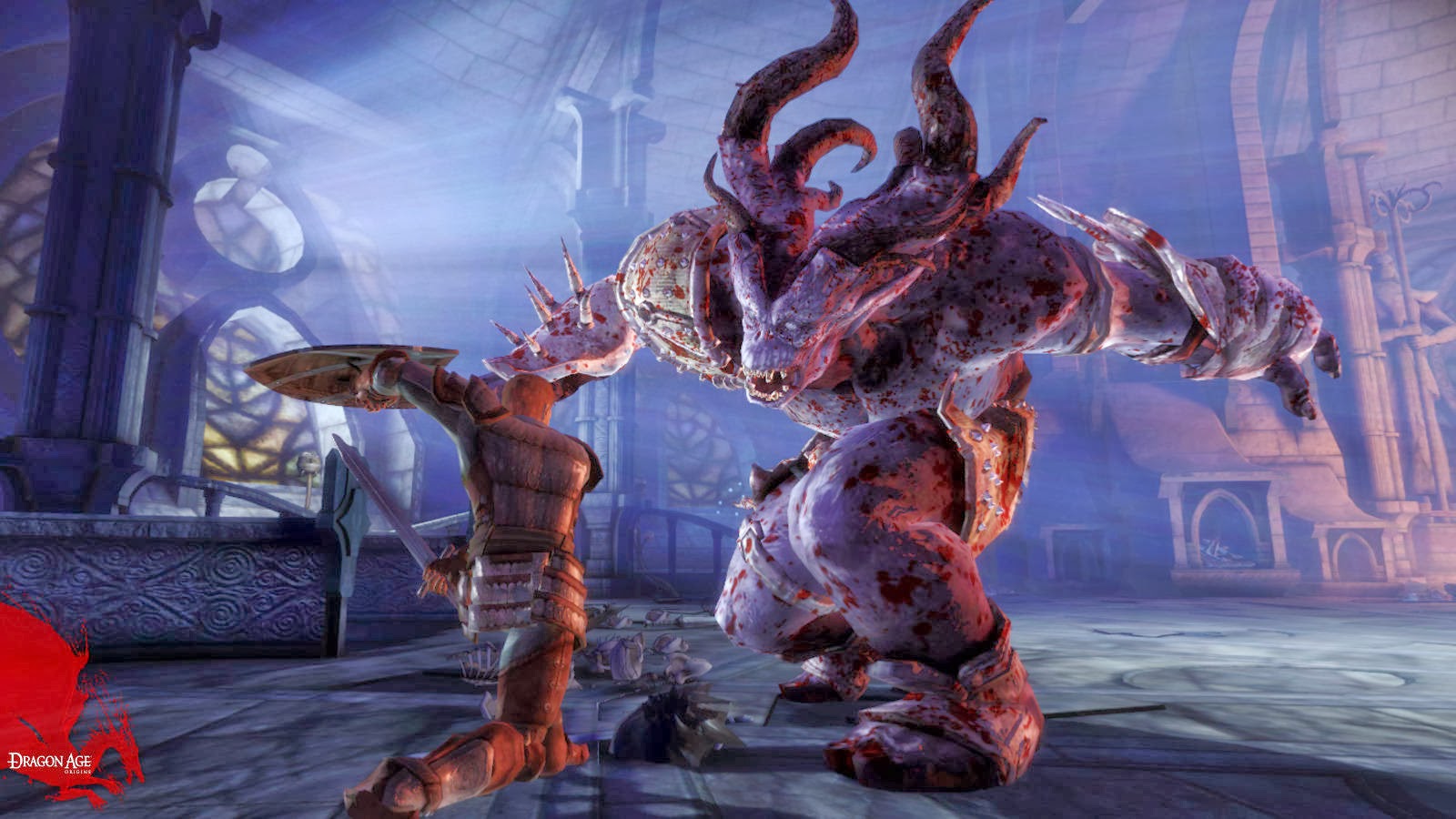 Dragon Age: Origins when I first booted up gave me that feel as if I was stepping into a Dungeon's and Dragon's-esque realm, but soon as the story began, I realized; BioWare has created a new masterpiece, one that will span ages, and end on a beautiful note as it should. Dragon Age's world is not one that I would say is warm and beautiful, instead just in the opening we come to learn that the world is dangerous, dying, and very cruel. With castes, royals, and even nobles; the world is a very unkind place to be in. However, once a threat such as the Darkspawn comes to be scene by our welcoming Grey Warden, Duncan, who has come to specifically recruit your character because of something heroic they have done.

The game presents itself mechanically as an RPG, the elements of it are as such, and of course leveling up presents this, but the game itself is truly a crafted storytelling masterpiece. The adventure itself could easily have taken notes from stories such as George R.R. Martin's, "Song of Fire and Ice", and of course Tolkien's, "The Lord of the Rings". With those in mind the game itself stands out among them as its own entity with a uniquely entwined story of fabled legends, demon's, elves, dwarves, and even werewolves. With those in mind, it is not surprising to find the game masterfully crafted into what could be called an epic on its own and something that could easily deserve its own novels. With that noted, it was not hard to see why the game played the way it did, why the PC version ported to consoles so fluid like, and allowed for a hot wheel selection combat system only allowing for a few hot keyed abilities on buttons. With this system it was hard not to feel as if I'd returned to days of games like Neverwinter Nights, Star Wars Knights of the Old Republic, and in ways Jade Empire even. Once the wheel is optimized by both PC and console gamer's, the combat is fluid, enjoyable, and truly strategy filled combat scenario in every fight. Returning to the old tactics menu, players can select how each character acts, what abilities they use, and how they perform in combat. Unfortunately, for PC players, console players are unpunished from using certain spells and abilities that could otherwise put an entire team at risk, one spell in particular; Fireball. Fireball is the one spell that I've seen almost wipe out entire parties, but in the console version, this is ignored. Unfortunately it is because of the difficulty scaling due to the console aspects that can not be made possible without mouse and keyboard set ups. Hopefully that can be changed with PlayStation 4 and XBox One and their raw power. 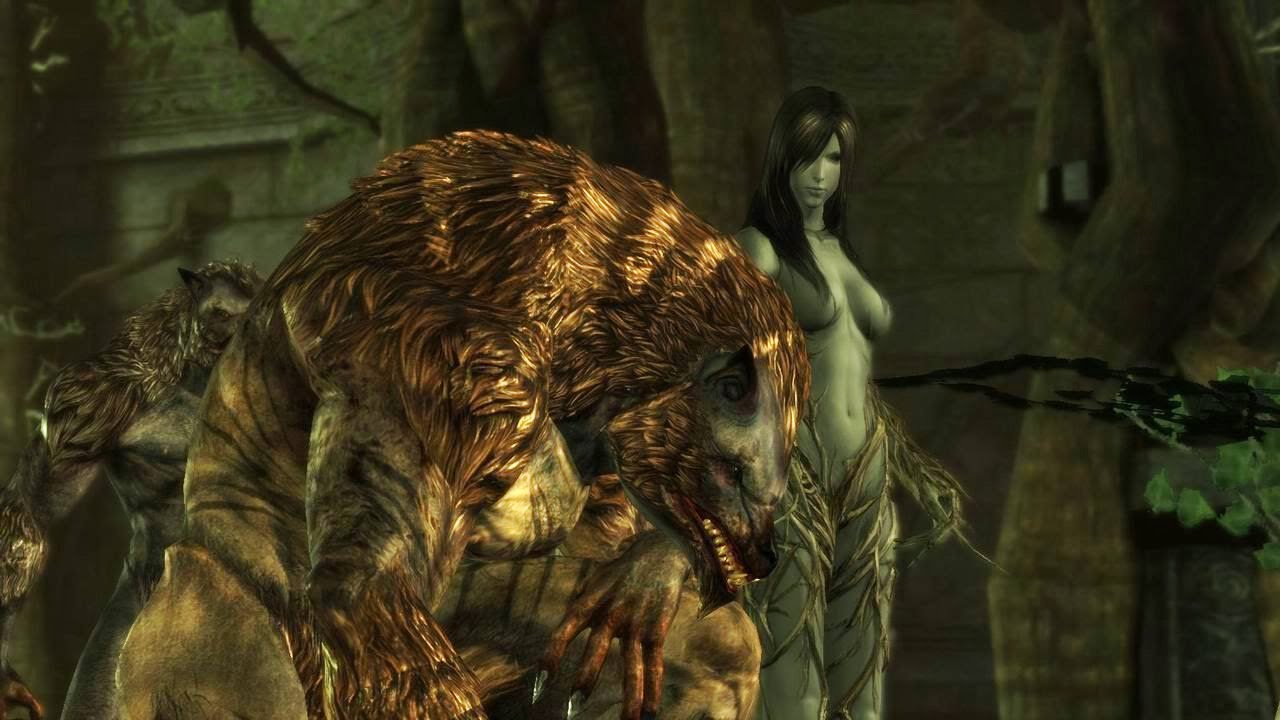 The most interesting aspect of the game isn't even the combat or how it plays, but instead the lore that fills the world and the decision your hero makes. Having been either good or bad, people will find their character being viewed as either the good and or the bad person, which means your reputation between each character can be easily deteriorate or go up with each choice made. Some of the outcomes however can easily cost lives and look poorly in later titles. Though the biggest problem in this game doesn't outshine what sets in, making sure every loyalty mission is complete, making sure that entire story lines are wrapped up when moving on to future quests.

When playing the game it was hard not to notice a few gripes I had with it, and one of them is lame, but true; Graphics. Thanks to Mass Effect I was able to understand the power and prowess the XBox 360 and PlayStation 3 as well as PC housed, which is limitless at the time - Dragon Age doesn't show this. Instead the previously released title Mass Effect could easily put this game to shame in graphical prowess and lighting elements. Instead we are handed something that could be considered lower standard and or been produced at an earlier time only to be placed in a vault till later dates. Whatever the cause, the graphics are sub-par, and with BioWares track record - it's in many ways disappointing. Even with a few frame rate hiccups on the PS3 and XBox 360 version, the game is still enjoyable, and is easily recommended for those wanting a PC like experience with a controller. With countless hours of DLC it's hard not to say this game is short, but in truth - the DLC is too. Having put only around 126 hours into the game with all DLC included, I felt as if the game itself was withdrawn, and unfortunately had a lot of room for expansion. We can only hope that Dragon Age sees a prominent growth in content in the future. 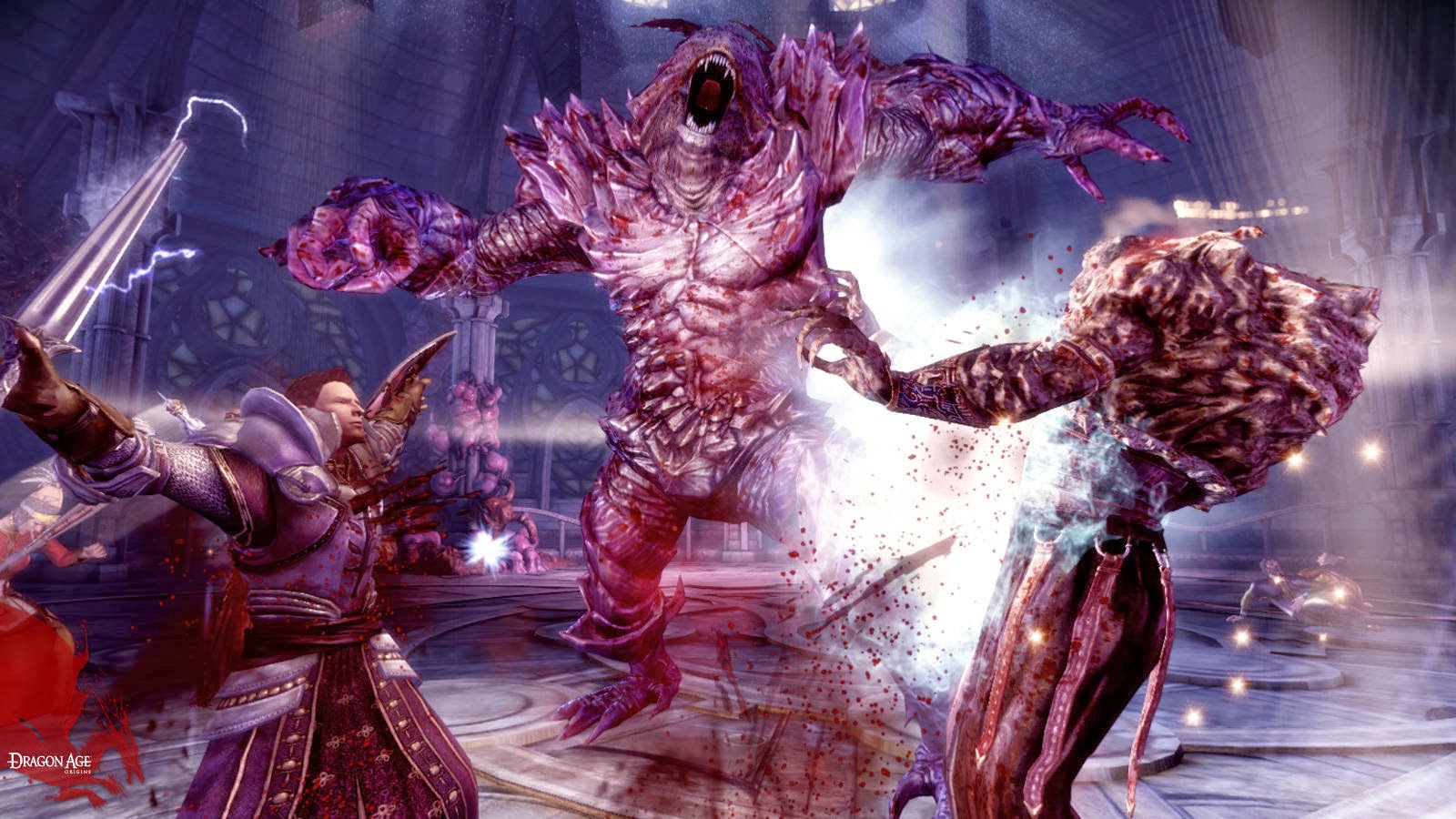 Graphics: Unfortunately the graphics are not the high quality that was expected when going into the game. Thanks to Mass Effect having been released previously, it was hard not to frown upon the PS2-esque graphics engine, and only getting what felt like an alpha-version engine.

Sound: High quality voice acting and a musical score give this game an above-average quality, something that redeems it, and stands on-par with the games well scripted story.

Controls: These were not easy to learn sitting in the mind of a in-experienced gamer. Instead even as an advance gamer myself, the games controls had a learning curve, and with the tactics system - downright frustrating. I'd stick to mouse and keyboard if your PC can handle the game.