Ascend: Hand of Kul - 1 Million Players in Second Week!
Originally Published and Copyrighted by Blast Away the Game Review on 10/10/2013
Written by Dustin Murphy 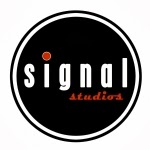 Ascend: Hand of Kul is a free-to-play third-person action RPG for Xbox Live®

Signal Studios, based out of Kirkland Washington, is known for their first big hit Toy Soldiers:, is excited to announce to the public, that just two weeks in, Ascend: Hand of Kul has already been played by over one million gamer's on XBox Live Arcade, and has broken records in its growing reach.

"We are overwhelmed and grateful for the response Ascend has received from the community, and ecstatic to say that with such a strong start, this is just the beginning for the game" says Brett Gow, Executive Producer at Signal Studios."The team is looking forward to working with the community and continuing its support of the unique Ascend gameplay experience".

Signal Studios is actively working on new and exciting content to release to players over the next several months including new modes, quests, bi-weekly events, and equipment. Eventually, the plan is to add PVP and co-operative play as well.

Signal all we can say is, can we get a little bit of it on PSN? Please? We know that was a long shot, but hey, we can beg - right?

About Signal Studios:
Signal Studios is an independent video game development company formed in early 2008. Based in the Seattle, WA greater metropolitan area, Signal Studios is the developer behind the hit original franchise, Toy Soldiers. The company is currently developing multiple new IPs across current and next generation platforms. Additional information about Signal can be obtained through the Signal Studios website at www.signalstudios.net