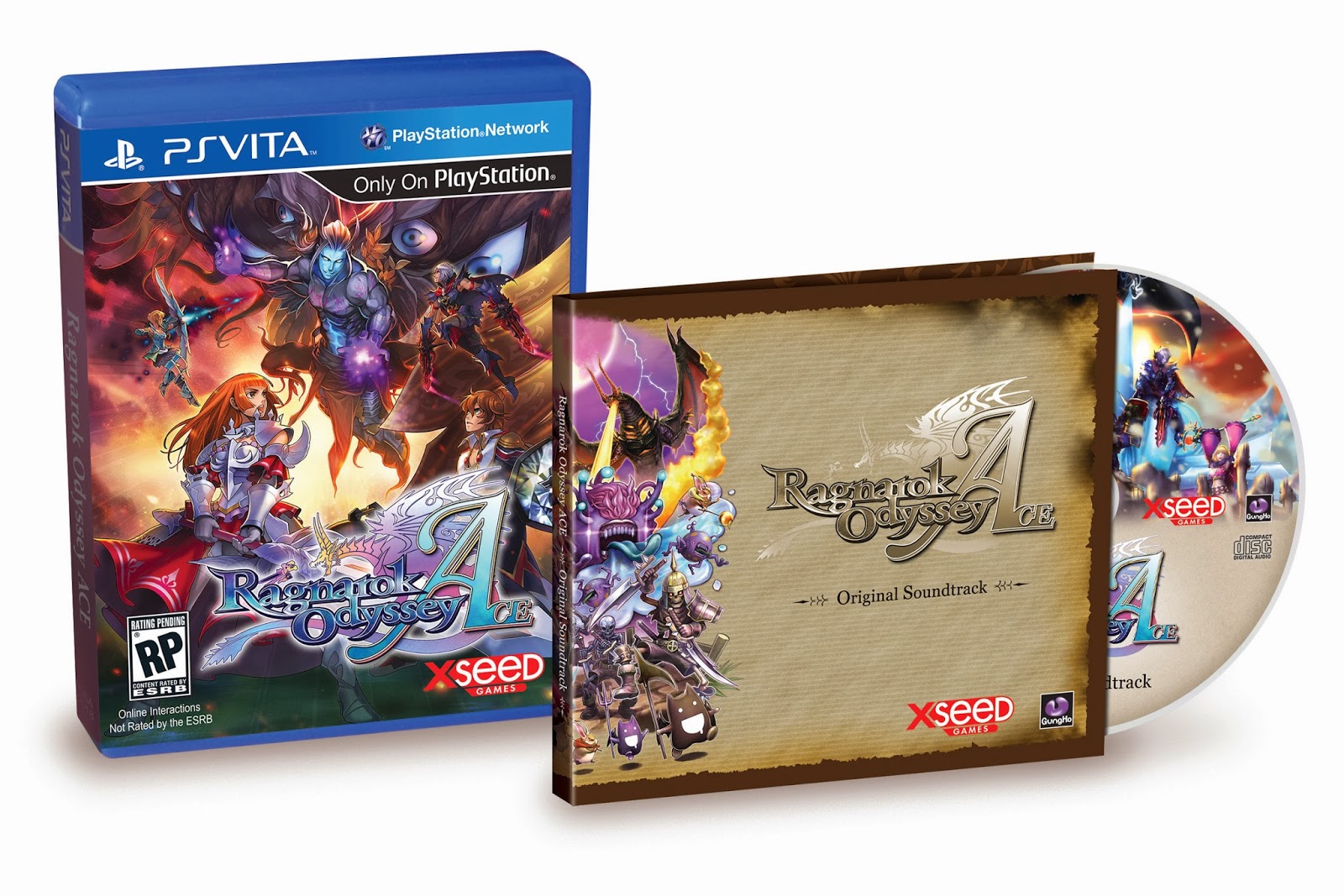 Today from Torrance, California, Xseed Games, the independent-minded console publishing brand of Marvelous USA, Inc., has released new information regarding the cross-platform version of Ragnarok Odyssey known as Ragnarok Odyssey Ace. For the first time players will be able to experience it on PlayStation®3  and PlayStation®Vita in Early 2014, allowing them to experience the same exact experience they have had before, with some rather nice enhancements that have been much needed since its initial released last October. The new and improved version will ship for 39.99 USD MSRP, but there is a difference between the two, the PS Vita version of the game will ship with a bonus soundtrack CD containing 25 songs with all launch copies. This will surely have a few gamer's out there flocking to both the PS3 and Vita copies as they release.

Think XSeed Games is done there? They have also confirmed they will release additional content for North America shortly after its release. With it, the Japanese version has been updated to 1.10, which will be added to the North American version of the game post launch, which adds a new host of online features including daily quests, online rankings, log-in bonuses, random card draws which are redeemed by use of special items, and special rare random card draws. These features will be incorporated however, post-launch into the NA version of the game for an enhanced online experience between both PS3™ and PS®Vita.

With Ragnarok Odyssey ACE, we will see it as a new installment to the poper Ragnarok Odyssey action RPG series that will bring players the first cross-platform play between both the PS3™ and PS®Vita consoles, and will give players a new rich content filled game, which extends the games zones to explorem enemies to find, and also introduces a new Tower of Yggdrasil dungeon that has never been seen before. This new feature will create random dungeons, with multiple different rooms, and new enemy placements, which will cause players to experience the new enhanced combat system with the systems new ACE skills, a load of new bosses, items, and new features that have been included. Players who experienced the original title will be able to transfer their character's from the original Ragnarok Odyssey, this includes their basic physical features such as name, face and job class they chose. With these changes though we have been informed that clothing, weapons, no monster cards (this includes cards equipped to clothing or acquired via NEAR) will not transfer between the two versions. However, any additional DLC acquired can be transfered by re-downloading it from the PlayStation®Store.

For more information on XSEED Games products, please visit www.xseedgames.com. Fans can also follow XSEED Games on Facebook at www.facebook.com/XSEEDGames and Twitter at www.twitter.com/XSEEDGames.
Posted by Unknown at 4:20 PM