Dishonored Game of the Year Out Now 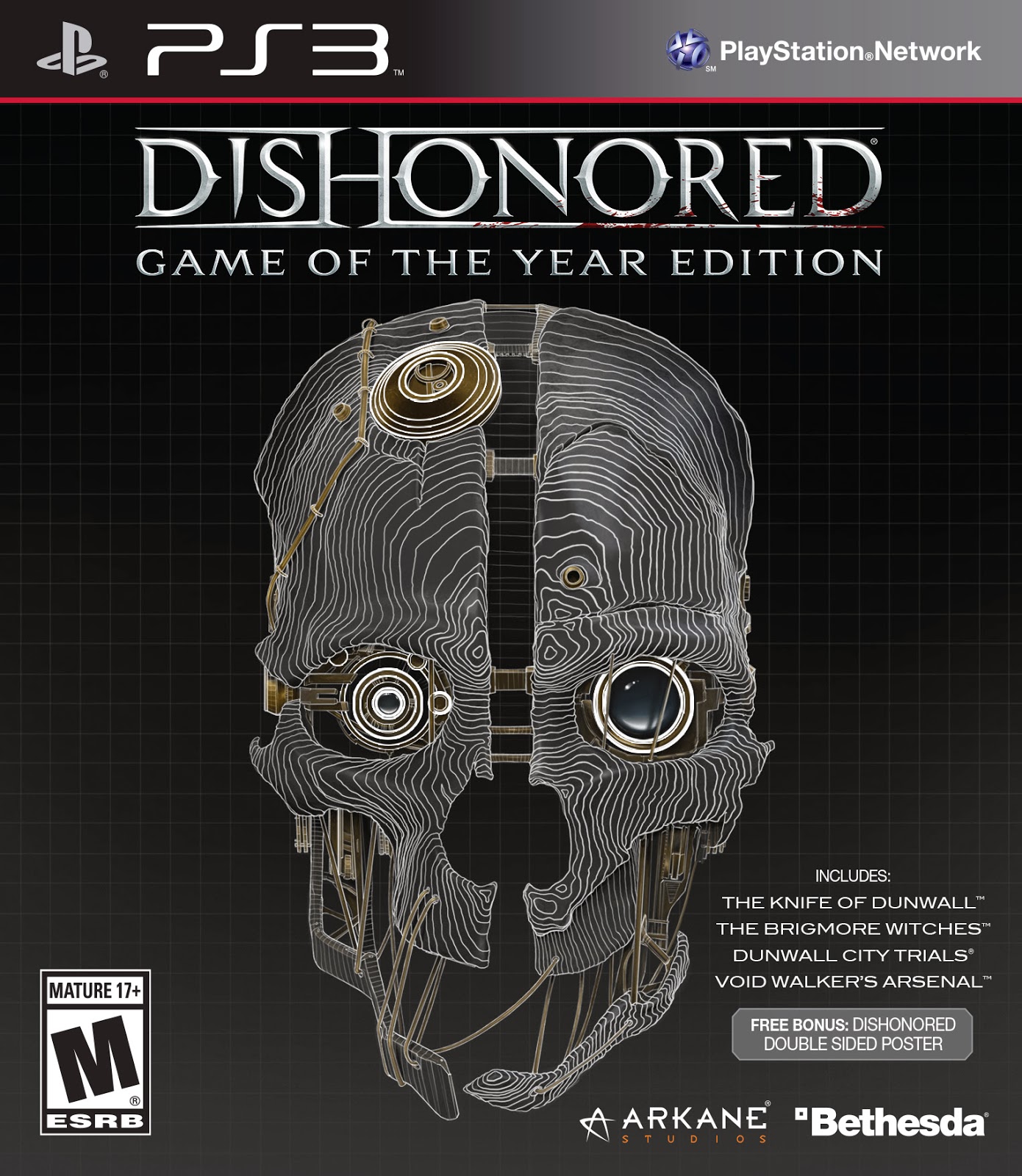 Earlier today Bethesda/Zenimax released the release of Dishonored: Game of the Year Edition is now available across all of North American retailer shelves. The price? A cheap 39.99 USD for XBox 360, PS3, and PC, and will be available to Europe this Friday, October 11th.

Dishonored was developed by Arkane Studios, Dishonored: Game of the Year Edition is a re-release of the main title that has achieved more than 100 Game of the Year Awards - this collection also includes all release DLC, making this a true to the core complete edition, and will not disappoint. With the release DLC that is included, Dunwall City Trials, The Knife of Dunwall, and the Brigmore Witches as well as Void Walker's Arsenal, players will truly test their skills as arcane assassins seeking vengeance as Corvo, and hunting for redemption as the Master Assassin Daud.

For our review of the base game, check out the gallery, and view the Dishonored image and see our take on it.
Posted by Unknown at 7:45 PM