A Game That Changed How I See Storytelling: Mass Effect

A Game That Changed How I See Storytelling: Mass Effect﻿
Originally Copyrighted and Published by Blast Away the Game Review on 11/04/2013
Written by Dustin Murphy Before I became a writer, I was always a gamer at heart, one that grew up with a controller in my hand and will possibly die with one there. When it comes to stories, voice overs, music, levels, and  even character models, I have seen hundreds of thousands in 25 years. When it comes to stories that have somehow grasped at me, none have grasped me quite like BioWare﻿ did back in 2007. When I first booted up Mass Effect, I was breath taken by the opening scenes, the menu music, and of course how beautiful the graphics were. What grasped me more, however, was the voice acting. It wasn't a game that was seeking to just be a game, it was a game that was seeking to make a character I could related to, and it was something that truly drew me in more as I made my character; Adrian Shepard. After he was up and running, it was time to learn the story, and what felt like a basic science fiction story wasn't.


Instead the series drew me in by having my characters choices reflect my own, they gave him an identity that wasn't anyone else's, but mine. He reflected how I would act in his situation, choices I would make, and choices I would have to live with if they had truly happened. Some were small as choosing to give Khalisah Bint Sinan al-Jilani a swift knuckle sandwhich, and that was just simply for her opening her mouth about my character. The events for each of us of course random depending on your choices. However, Shepard has always reflected my character. By the time I was half way through Mass Effect before I realized that my Shepard was not just a character, but a story I began to write, one that BioWare gave me to control at my own mercy and do as I would, clear down to who he would date, reveal his deepest secrets to, and who his friends were - let alone who lived or died. My Commander Shepard gave all to save all clear down to the last civilian, it was his right as a person, and something he did to prove the Council wrong. Over time I realized the story was not about personification as a digital character on my screen, but instead BioWare masterfully created a world that was a living, breathing, and almost plausibly real entity that seemed as if it could exist. It was not just about saving the galaxy from rogue A.I.'s, aliens with a warpath for some strange reason, distress beacons, or just shooting anything with two to well more than 2 legs; it was about a cohesive entity that players could believe in.

With this I took a few notes on how well written the game was, and trust me it was not a small ordeal, instead it felt as if I were writing a novel trying to rationalize everything that had occurred through just the first game alone. Sometime after having spent well over one hundred plus hours into Mass Effect it was time to move onto Mass Effect 2, a game that promised to do just as the first did, and it did. In Mass Effect 2, I saw cause and effect, love and hated, as well as fear and sadness. BioWare once more ransacked every bit of emotion I had, even into playing the game of doubt against Miranda Lawson and Jacob Taylor, two Cerberus agents I didn't feel I could trust due to their allegiance to an anti-alien entity Hellbent on human rights versus Alien rights. It lead me to see that the image was getting bigger, that they finally had begun to bring a realistic tear into the universe, one that was unexpected no doubt. With Mass Effect 2 though, I began to question my own motives as my Commander Shepard went from a Paragon (good) only to start finding him trickling towards Renegade (evil). It was then did I realize that they had finally introduced necessary evils, things that had to be done, and rightfully so in order to make the world seem existent. It was that very moment did I find my Shepard was becoming more and more like me, that his doubts were my own, and this was because of the human element they scripted into the game. They even toyed with past events from Mass Effect, such as my having let Kaiden Alenko die in-order to stop part of Saren's plans of tyranny. 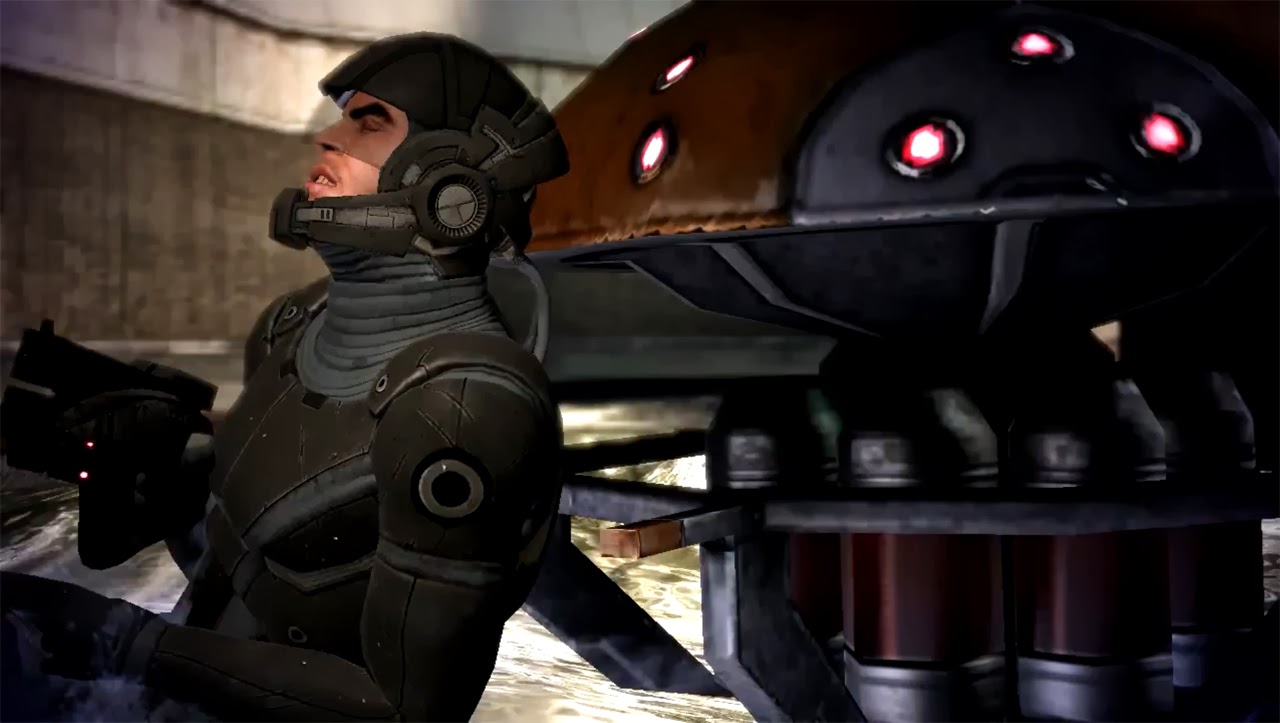 This was not the easiest choice I had made, instead having felt a pang of guilt because of how Ashley Williams, the woman my Commander Shepard saved was angry with him, distrusting of him due to his past doings. In a way, her anger seemed rightful, after all they were friends. It was then did it become plausible that BioWare aimed for this human effect, clear down to voice acting, and even character animations. With everything set and the humanity of my character realized he took on the Reapers, Geth, and even insanely human like robots. The mission was clear; Shepard had to save the universe and he would do it at the cost of his own life. After destroying anything and everything my Shepard could I took a short break from the series only to end up picking up the comics, the novels, and even graphic novels; the Mass Effect universe carried on and so did I. However, it didn't stop me from going back and revisiting events I skipped such as loyalty missions, conversations, downloadable content, and even simply pulling the game off as a full Paragon. In this second venture through the second title I finally began to pay attention to an extremely angry, damaged, and broken character by the name of Jack. In many ways I could relate to her, a woman who had been in some way "imprisoned" inside of her own mind, heart, and emotions, a woman that never fully learned to develop her anger into something good till later in her life. In this story we adventured with her to her loyalty mission, a place where young biotics were tampered with, trained, and even tested on to become more powerful than they already were. 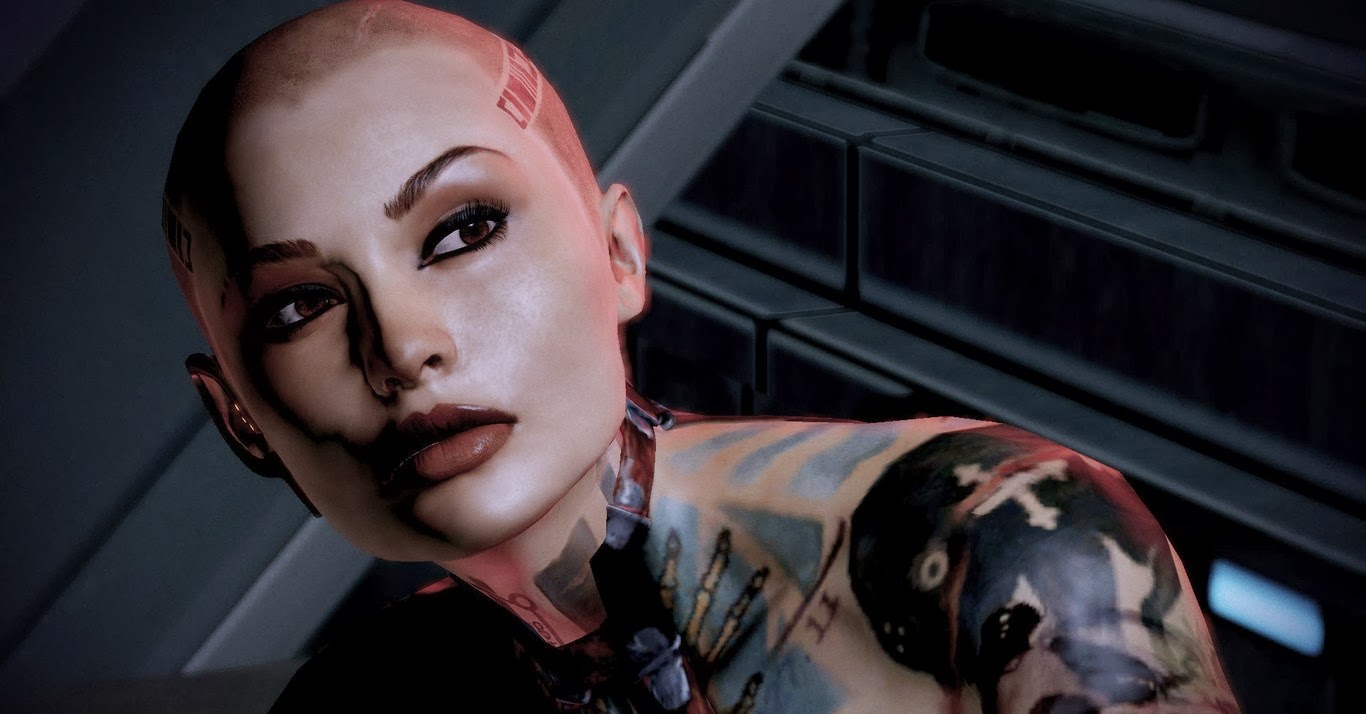 What tore at me most was how my Commander Shepard understood Jacks pain, tried to help, and was ultimately pushed to the side till a romance from Jack was initiated. This was the interesting part really, it began to show more humanity than the previous title, displaying truly how well the development team crafted such a unique and twisted universe to have some form of happiness to it. After a few hundred hour endeavor I truly walked away impressed with the second installment only to come to the realization that Mass Effect 3 was on the horizon, that my adventure, the humanly real game series for my Shepard was coming to an end. It wasn't until February of 2012 that I had seen the Leaving Earth trailer, it was there did I see a super realistic Shepard take on the Reapers, that he was giving anything and everything to save humanity, only for the reality to sink in; humanity in the series was losing. After having waited for a month I once more went into the endeavor, only to find BioWare once more plucking at the emotions I thought a game couldn't hit, and it was in the opening hours did I see Earth get decimated, but most of all - a child die. It was within those moments did I realize my Shepard reacted as I would have, I would have nightmares, I would not be able to forget, and most of all; I'd feel helpless. The story unfolds showing us just how much Shepard had put on his back, how weak he truly is without his team, and why he fights as he did. 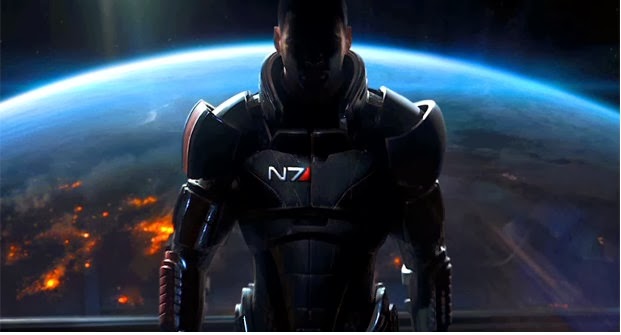 It was once more the "human effect" they were going for, and in it BioWare succeeded. By the time the ending to the game rolled around after every side mission, every DLC, and even every angle of friendship had been consolidated into a set of farewells did my Shepard do just as BioWare seemed to set it up for; give the Reapers his all. In it was saw Shepard's friends die, become weak, and even needing of our character only to realize they themselves needed to be strong, to follow the example he set forth. After having completed everything I could humanly need to do, it was time to lean back, and in ways feel as if a new hole in my lust for an ever evolving story had once more been unsatisfied. With it comes the simple reasoning as to why BioWare got me hooked, why I couldn't stop, and why I kept going forth. The answer - Shepard was my video game me. My Commander Shepard lived a life that would be much my own had the events been possibly real, had I written his story, and of course I did. With it comes the notion that game stories if done well can easily grasp upon us, pull us in, and even draw us into a universe that could very well be our own in some light.

With these writing mechanics that BioWare created it has left a wondering as to how they will carry on this tradition, companies can do this, and still make amazing games. It has truly been hard to find games that could ever compete against such a franchise, one that has in many ways become a part of gamer's that have played it, and forever burrowed into some part of their memory. With this article the question comes - Have you ever had a game grasp you? Has the story left some imprint of wonder and fulfillment? Let us know in the comments.
Posted by Unknown at 11:58 PM