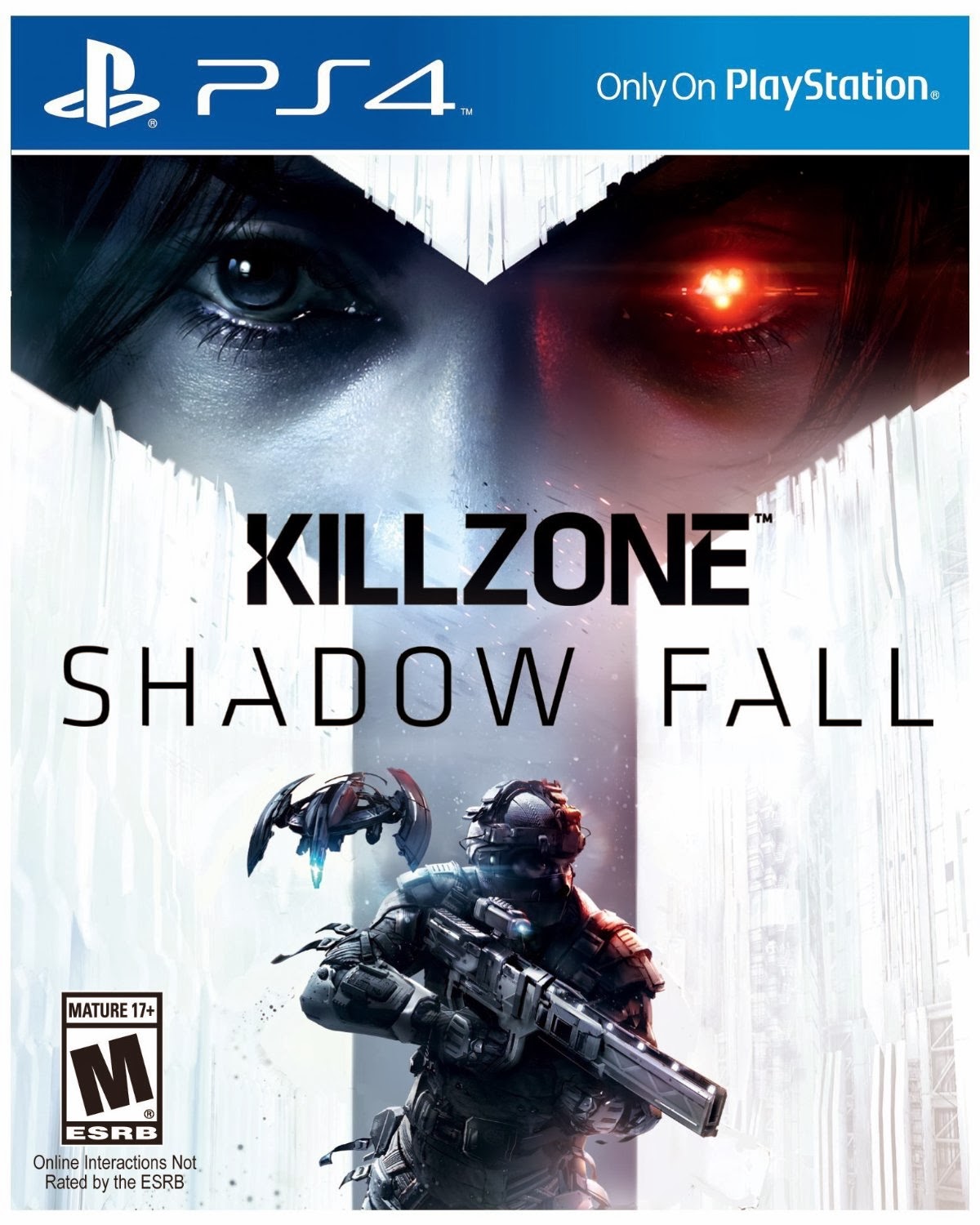 Final Thoughts: Killzone Shadow Fall is a unique entry into the Killzone Universe and provides a rather gritty story that could resemble something close to the war between the Russians and Germans in WWII, but set in the future. With a 20 hour campaign, a ton of hidden secrets, and difficult to find hidden items, players will truly be left with much to do once the campaign is complete. As for multiplayer? It remains untouched, beautiful, and just as enjoyable as I remember it. 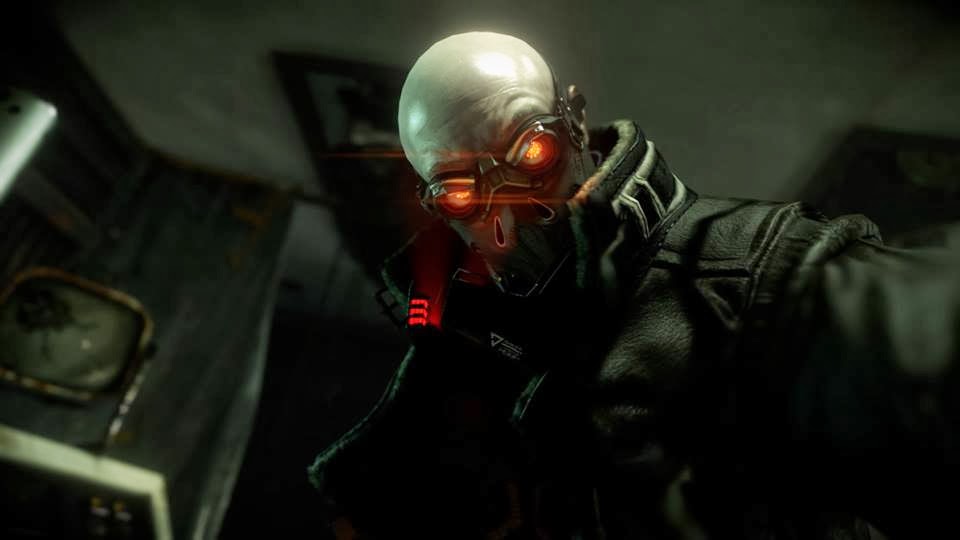 Killzone Shadowfall is the first true game that can be assumed to press the PS4's hardware, but to many, it doesn't. Killzone Shadow Fall is a beautiful display as to what we can expect out of launch titles for the Next Generation of consoles, featuring high tech graphics, game play, and innovative changes that separate it from past entries (referencing Killzone 2, Killzone 3, and Killzone Mercenary). Killzone Shadow Fall tells the story of the events 30 years later after players have defeated Helghan, destroyed what was left of the Helghan home world, and even started a war that could never have been possible. With Helghast having to flee their home, they have settled in New Helghan on the ISA homeworld of Vekta. The event itself will be referenced as "The Terracide" The game itself opens up with a beautiful display of the games powerful graphics engine. In it players are introduced to the Shadow Marshal as a young boy, where we witness a New Helghan removal of Vektan refugees back to the ISA side of "the wall". In this introduction mission players will take on basic commands such as using the left thumb stick to move, push circle to crouch, and of course pressing X for commands such as climb and jump. The game also teaches players without hinting at it how line of sight works. After the first mission ends, we are flash forwarded to the future where Lucas Kellan has used his past to help him move through the ISA's ranks in order to become the best of the best - a Shadow Marshall. Having obtained this rank, players are introduced to some new mechanics, gun handling, using the owl, weapon secondary fire modes, and of course the use of the new echo-locator like device. Granted a mini-map still, players will find the new HUD is not as encumbering as before. 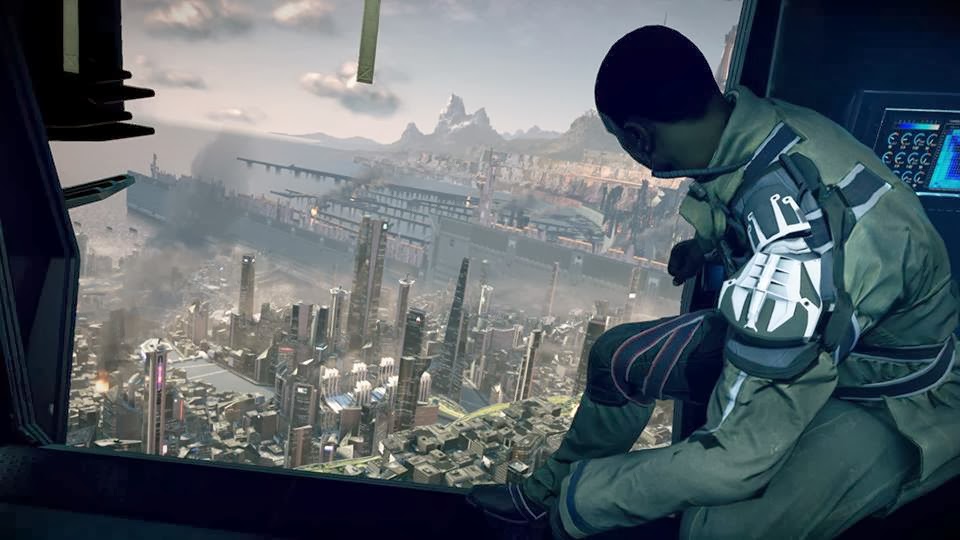 The new UI is fresh, sleek, and even offers a clear look at what the screen should look like so that players can truly enjoy the campaign, but one thing will become a nuisance; no health bar. The health bar has been put on the controllers light on the front, allowing for a show off of what the controller can do, and this unfortunately on the highest difficulty can be frustrating, as can the frequented deaths, lack of adrenaline (to heal or revive) and the owl being on cool down to repair or to recharge depending on what you used it for last. After having sifted through those few annoyances, the game takes on a few interesting twists, Helgast seem to once more have alternative motives behind what's going on, the acts of terrorism, and the mean, interesting, and enjoyable tie-in that occurred in Killzone Mercenary (this is where I suggest having played Killzone Mercenary first). Thanks to missions that include stealth, working with Scolar Visari's daughter (no this is not a heavy spoiler as it happens very early in), and the new control of using Spiderbots, disabling security systems, and going into zero gravity moments, players will be questioning what Guerilla Games was attempting with Killzone Shadow Fall, and it's simple re-inviting the controls, UI, and of course removing those annoying mini games that were used by the six axis controls on the Dual Shock 3 - this is something that will not be missed. 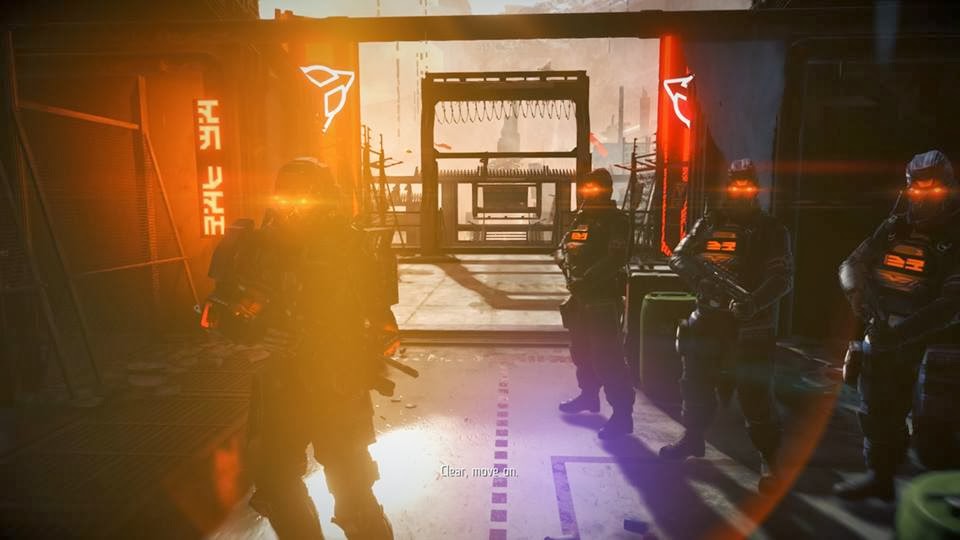 After beating the campaign, which lasted around 20 hours on the hardest setting, it was time to head to multiplayer with fellow member Josh Turner of Blast Away the Game Review. Thanks to the new set-up for Multiplayer, players can quickly begin to enjoy the competitive warfare that was meant to happen, and the best way we learned was the Classic Warzone mode, which sounds just like what it is. It is a return to the Warzone game mode we have seen in the past title, where teams are pitted against each other to complete objectives before their opposing team does, and all the meanwhile light up the battlefield with gun fire, special class abilities, and using the new and awesome echo-locator device. Remember though - using this device to maximum use and the enemy team will see you also. One significant change is the removal of the hefty class design. Instead it has been moved and refined so that players choose from three classes. Scout (sniper), assault (engineer) and of course support (medic in some ways, but with limited abilities). This was a nice change in all reality so that players do not have to focus on as much in order to feel truly appreciative of the games multiplayer system. After picking a class (find one you enjoy and hammer it out) players will find themselves doing one thing. Focusing on what challenges need to be done in order to unlock customization based parts for each gun, and trust me, each of them has their own pre-requisites for each gun. After having completed the challenges, it's time to swap out parts for upgrades, and begin the frag fest with a more powerful and engaging alternative. With over 1,500 challenges, you will be kept busy for a while, and trust me that's a good thing. For those of you wanting an adrenaline rush based type game, Run n' Gun mode is right up your alley, so is Team Death Match, but this one features a bit more harsh focus. It outfits everyone with an assault rifle type weapon, limits the health given to each players upon respawn, and of course features objectives for you to complete. However, none of these modes are defining for the game mode. 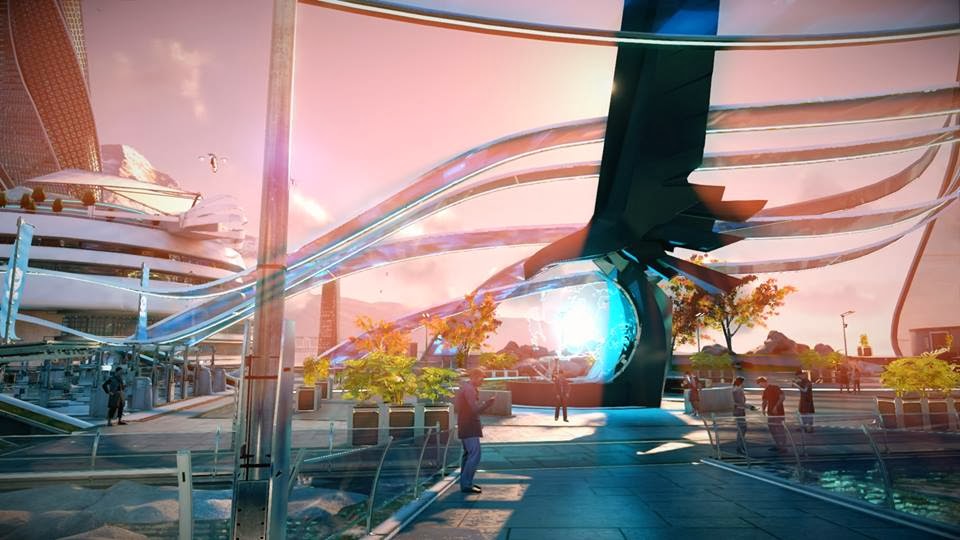 With the lack of innovation versus titles like Resogun (review coming soon) on control schemes, Killzone Shadow Fall is still a unique title, and definitely the heavy hitter of the console exclusive release titles, which leaves to one thing - get it now. Shadow Fall will give hundreds of hours worth the fun for current PlayStation 4 owners who are looking for a game to burn time with till the new titles launch in February allowing for a bit more expanded hard drive.

Graphics: Killzone Shadow Fall is by far one of the best looking games to date, boasting a steady 60 FPS and 1080p, Shadow Fall is a true high-definition gaming experience, and only seeing the game in action itself can do justice.

Sound: This is another spot where this game shines like the previous entries. The sound is amazing, realistic, and spot on. Unfortunately, I wasn't able to experience this in surround sound like I'd have preferred due to the Pulse Elites not being supported just yet by the PS4 or the Turtle Beaches for PS4 being in stock. Still, from what I experienced, Guerilla Games pulled every stop they can to make a theatrical experience out of Shadow Fall.

Controls: With a unique twist on the controls, the touch pad offers a supportive micromanagement tool for when players use their OWL in campaign. Accessing his shield, overload, zip-line, and assault modes were easy without having to hold down buttons to micromanage. Aside from that, the controls are unchanged, which is nice for all FPS gamer's and returning Killzone enthusiasts.

Official Twitter:@Killzone
Posted by Unknown at 10:15 AM