Killzone 3 Review - War Gets a Much Darker Future 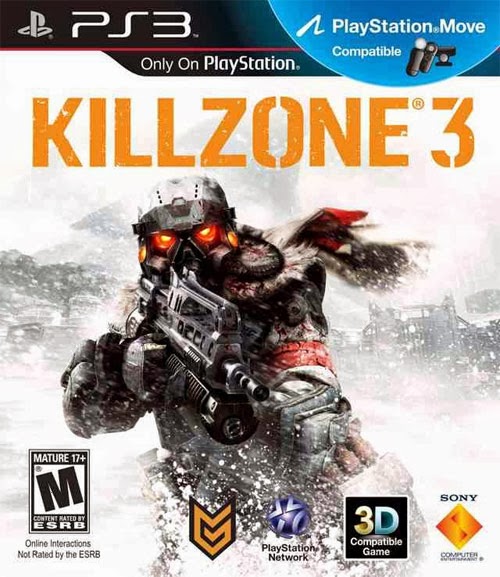 Pros: -Astonishing beautiful graphics that make the story believable
-Very well rounded story leaving no questions asked
-Online multiplayer's story coincides with the story very well, giving players a true fighting experience, as both ISA and Helghast.
-A smiling return of the franchises original cast from Killzone 2
-Simple controls that allow for some customization
-A campaign that's not to long nor to short.

Cons:
-Motion sense sensitivity for the bomb arming needs upped
-Online multiplayer takes some learning to get used to
-Players using deception can make a casual gamer frustrated and want to quit playing.
-Sensitivity even at the lowest on controllers at times sees to high.
-Game load times between videos cause the game to hiccup
-Voice acting lip sync at times is out of place, taking away from the incredible work this game has, and hopefully future titles don't suffer this.

Final Opinion: Much like Killzone 2, Killzone 3 carries the titles legacy very well, and does it by picking up the story where the game left off. Once again players will revisit cast members old and new and move forth from an experience they are quite well attuned to. This is truly a saga that players must experience.

When it comes to first person shooters, Guerrilla Games is not stranger, instead they are masters of it. With Killzone 3, Guerrilla Games once more will indulge people into the Killzone universe as ISA trooper Tomas "Sev" Sevchenko and Rico Valesquez, also with the notable Captain Jason Narville as the commanding officer once more. The return of these three will give players a true appreciation for an unchanged cast, great voice acting, and once more emotional depth that a title such as Killzone requires.

Killzone 3 once more returned me to the battlefield of Helghan only minutes after the ending of Killzone 2, where an act of enabling true war has occurred, and leaves the ISA attempting to flee Helghan and return to Vekta. After a brutal fight in Killzone 2 I was quick to indulge myself with the latest console release, and of course enjoy a story that left me wanting to see the results of the ending I had already achieved in the previous title. With what I experienced? One of the best stories I could ever ask for, a story that simply left me crawling across beautifully realistic landscapes of Helghan. In Killzone 3 players will explore multiple changes of scenery such as the lush and dangerous flora and fauna of the planet, torn apart urban warzones, factories, junk yards, industrial machines (the size of city blocks) and of course dangerous arctic landscapes that left me gawking at how much one console could accomplish. With the beauty and splendor of Helghan and its dangerous world players will meet situations that will leave their hearts pounding, stomachs in their throats, and of course screaming at their TV for the characters to do something. One said scenario is a moment in the title where players early on will experience Rico (you'll remember him from Killzone, Killzone Liberation, Killzone 2 and of course Killzone 3) once more become insubordinate towards Captain Narville. With it we seem him run off to save a squad of ISA soldiers from a impending death due to Helghan soldiers. It was there when I experienced Narvilles orders through the games narrative that I quickly called out to Narville, calling his character an idiot, that no man got left behind, no matter the results. Later however, it paid off, and I was introduced to new team members to the squad.

Aside from a well rounded story, players will get to experience a in-depth look as to what's truly going on with the Helghan hierarchy as Charmain and CEo of Stahl Arms, Jorhan Stahl and Admiral Orlock duke out their differences as Admiral Orlock wants to uphold the Helghan hierarchy as it was known under Scolar Visari, and in many ways it turns into a game of cat and mouse. In this bit of an insight to the ways of the Helghan, players will take notice to the references taken from Killzone 2, quite literally, in order to fill in the gaps as a back story for their bickering among each other for the new Autrach (leader). After having got an insight to the chairmen of Killzone my curiosity to the Helghan had begun to grow quite heavily, and sadly never sated. The game had seemed almost promising that players would experience the game in a playable form of the Helghast to see both sides of the war, instead we were stuck as Sev, and in some ways it was disappointing.

After having spent nine hours on the campaign on Veteran (hard) the game was quite noticeably hard, grueling to finish, but at the same time left me wanting for more. After having been getting my face beaten in for hours by the Mawler (a walking quad-legged fortress), the game relieves players to hold onto a rather powerful gun, fly around with it, shoot all their frustrations out, and continue on. This was seen more than once through the campaign, which lead me hungering for more after having had a chance to cool my head, give the Helghast what they deserved, and walk away grinning. This happens almost all the time in this game after long chapters that leave players banging their heads into the walls of their home if playing on the highest difficulties. For players looking for a change up, the campaign offers this, and in more ways than one. Players will get to pilot Exo-Suits (power armor), use jet packs, be a gunner for tanks, and of course use the games version of the BFG 9000 to annihilate everything in sight.

The online multiplayer does this very well too. After having beaten the campaign it was time to sit down, put on my Sony Pulse Elites, set the sound mode to Shooter, and indulge myself into a fragfest that depends on team work. Killzone 3 much like its predecessor keeps true to the class based combat system and improves upon it, which was a nice change, and left me quite happy. However, unlike its predecessor, Killzone 3's maps were much different, closer in many ways, but at the same time friendlier for players like myself who preferred sharp shooting over close range combat. After spending half the night with the multiplayer I walked away just as impressed on the the vast majority of improvements. Some of them were minor tweaks that were much needed, such as the snipers stealth. This example is easy to provide to you, as it was something that was in dire need. With the Snipers stealth mode players could phase in and out of cloaking, allowing them to be almost impossible to see, but with this games system upgrades, these players will be like the Predator where you can see the world around them bend. This was nice to see and allowed for a fighting chance against them, but not always assuring a win, which is disheartening, but a bit more pleasing than before. Another improvement to the system was the melee, which went from simply beating them down, to a new brutal kill system. Players can stun each other with a single melee, assassinate, or of course instant kill based on the reactions of the other player. Mixed with the snipers ghost generator, this is quite literally a lethal mix, and gives players a chance to have a lot of fun, and of course a sense of lethality. The game also brings back the game modes from before; Guerrilla Warfare, Warzone, and Operations. Fans of the series will remember each of these quite well and will of course enjoy it quite effectively with high appraise for it.

Overall, Killzone 3 does what the series is known for, delivers a movie like experience in a video game, which is something not many games do these day. From realistic characters to a heavy story and its narrative, Killzone 3 is unique, defining, and gives players an experience they will never get anywhere else. This game is truly the ugly face of war, featuring bittersweet endings for characters to the reality of harsh battlefields, Killzone 3 is a must have for an PlayStation owner.

Graphics: Some of the best to date. Even at close ranges and zoomed in factors, the terrain does not muddy, look degraded or have poor quality, which is something not many games do. It is truly like watching a computer graphic based movie. From ashes falling to the sky, to debri, smoke, and snow - players will leave awestruck.

Sound: Killzone 3 is something unique, everything sounds real. From the battles in the distance, to communications from other soldiers, and even an amazing score by Joris de Man will give players an authentic theater like experience. The game simulates a battlefield better than any other in the science fiction genre.

Controls: Thankfully the game has some of the easiest controls that allow for players to easily use the cover and lean system once more, and more efficiently this time around. It's still suggested players read through the manual or at least take a peak at the control settings.

Author Suggestion: For those who are looking into Killzone, it is suggested that you get the Killzone Trilogy Edition. It comes with Killzone 1 HD as a download token and Killzone 2 as well as Killzone 3 on their own discs for a true Killzone experience.