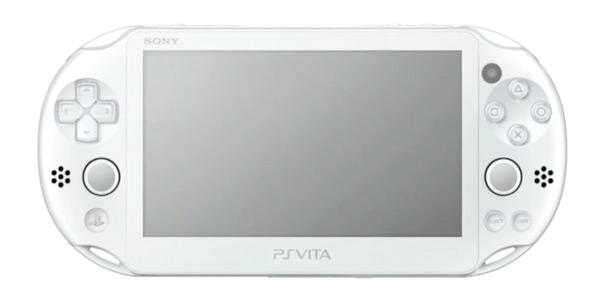 However, with this announcement we should not be surprised to see an annoucement here in the West soon. I'll keep everyone updated as the information becomes available regarding the memory cards.

In other news regarding the PS Vita, Sony has also a new model that is to be focused as "More casual and easier to use model" PS Vita, that will be lighter, thinner, and that it comes in six different colors. It is also 20 percent thinner and 15 percent lighter than the current models, and is to be more "wallet friendly," it will be packing a 5 inch LCD display that follows in lieu of an OLED screen. Battery life Sony has stated has been updated to an hour more, as well. Of course the best part of this, the built-in storage, even tough it's on 1GB, it helps a bit.

This new model of PS Vita will be available in all six colors (some new, some old) on October 10th in Japan for 18,980 Yen of course somewhere around 195 USD. It will not be surprising if we see this coming to the western hemisphere in the future. Stay tuned as we will update you as the information becomes available.
Posted by Unknown at 5:44 PM