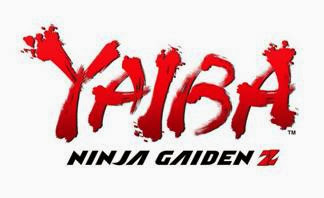 Earlier today from their North American Office, TECMO KOEI and Team NINJA announced today that the gaming community will be graced with their upcoming title, Yaiba: Ninja Gaiden Z, will launch in North America on March 4th, 2014. It will be released for PlayStation®3 computer entertainment system, Steam® and Xbox 360® platforms. They have also released a trailer for Miss Monday, which introduces Yaiba's in-game tour guide, as well as displaying the new skills that Yaiba will use to deliver increasingly gruesome kills.

In YAIBA: NINJA GAIDEN Z, players battle fierce zombies as YAIBA, a cyborg ninja brought back to life with cyber-technology, who will do anything for revenge. Brandishing his deadly ninja sword and the mecha weapons integrated into his cyborg arm, he slaughters zombies with brutal, over-the-top abandon. 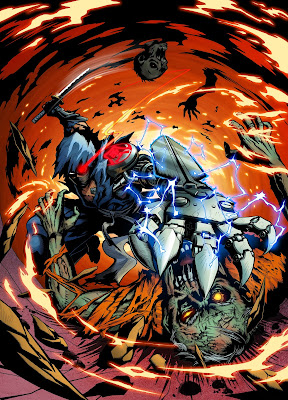 Players will step into a comic book like game, one where the stunning graphics designed by Team Ninja, will depict a world that has gone mad and has become overflowing with enemy hordes of the undead. In this game it only empowers Yaiba's drive for retribution and will also show his willingness to slay each enemy with any means necessary to perform his job, stop the endless waves, and possibly sate his lust to kill. With his insatiable lust, players will experience Yaiba as he slices through masses of enemies with his sword and or the massive array of weapons that are accessible through his cybernetic arm. Miss Monday, as noted before will be his virtual escort and is vital to his survival, she isn't even safe from his brash and unbridled sarcasm.

YAIBA: NINJA GAIDEN Z comes from the two teams behind the most famous ninja and zombie videogame creations as Team NINJA and legendary producer Keiji Inafune team up to create a new experience. The world of the ninja meets undead warriors, cybernetic weapons, comic books, in an entirely new IP that draws from the NINJA GAIDEN franchise with a host of bold, new features including an original storyline and style of gameplay.

Always intense, never boring, YAIBA: NINJA GAIDEN Z is violent, creative, and daringly different. Sharpen your sword, fire up your cyborg arm, and prepare to GET SOME!

Xbox, Xbox 360 and Xbox LIVE are registered trademarks or trademarks of the Microsoft group of companies.

“PlayStation” is a registered trademark of Sony Computer Entertainment Inc.
Posted by Unknown at 12:39 PM