As you may know here at B.A.T.G.R, we don't take child kidnapping lightly in any form. It is horrendous, heartbreaking, and utterly disgraceful for someone to do. With a heavy heart it has come to hit the gaming community. One of those people is a man I've gotten to work with in writing this article. Thanks to his assistance in editing, providing information, and staying in contact we are able to raise awareness of such a thing. This article is to help raise awareness, have the information spread, and ultimately hope that it gets to the right people, and hope it helps so that Kris Morness can get his child back. In the following paragraphs you will give you a story of a game developer and his fight for his child. A child that he has sense won custody of and now finds he has now been taken to Japan. Please not that this is also not a common type of article for us to do, but it has been requested of the gaming world to do this, and thus is why we are. I hope you find it in your hearts to share this article. 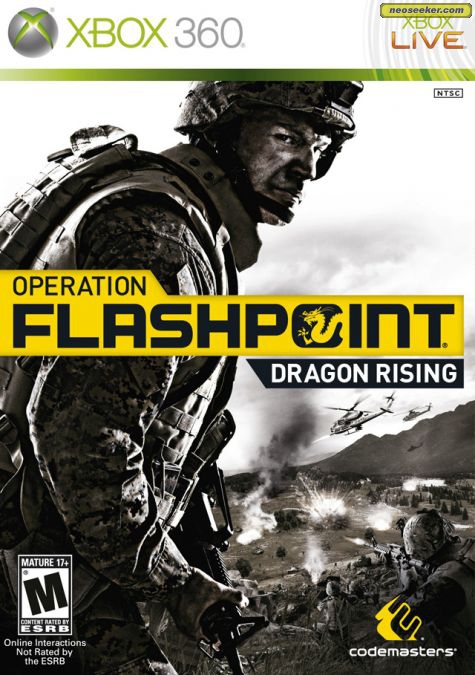 It is not uncommon for us to hear about a divorce, child parenting plans, and the counseling all parties need. However, it is uncommon for us to see a case as bad as this from an HR Employee (Kawabata) and of course a developer (Morness) who helped in the design of titles such as Command and Conquer 3: Tiberium Wars, Operation Flashpoint Dragon Rising, Transformers: Revenge of the Fallen, Command and Conquer Generals, both The Lord of the Rings: Battle for Middle Earth games, and Jagged Alliance 2. When I logged into Twitter as always I was welcomed by a post that simply was this - a cry for help. Amid a legal battle turned ugly by the mother, Kris Morness has reached out for help. One that only awareness and assistance from a community can give. In the light of this Kris has also given out ways to help, what to do, and how to do so. In the light of all this we have seen something that should normally go peaceful turn into a battle that should never had happened with the help of the courts.

Chie and Kris met while they both lived and worked in the Los Angeles area in 2005. They married the following year and both planned a move to the UK where they both lived and worked for the next two years. In 2008, Max was born in London, England. Shortly after that, they planned to move back to Los Angeles together. They had barely settled in Los Angeles when the mother wanted to take a job at Microsoft in Seattle, which ended up being her 6th job in only 3 years. She had already demonstrated a disturbing trend of job jumping and this new job would require separating the family temporarily. Despite major arguments, Kris capitulated. He had just started his job at technical producer at Activision and needed to see his project through, which was due to be complete in 9 months, and would begin in earnest to search for a new job up in the Seattle area to rejoin the family.

That was late 2008. Right about the time the economy tanked and game studios started shutting down at an alarming rate. The project finished and job hunting intensified. He stayed in Los Angeles longer than anticipated when his studio was shut down in Feb 2010. The next day he packed up his stuff and rejoined his family. The marriage was already on the rocks and it was Jan 2011 when Kris called it quits and moved back to his native, Vancouver, BC.


Kris worked hard after the separation to arrange for regular visitation in Canada. Under the guise of separation anxiety, Chie had Max see a therapist of her choosing. First couple visitations took place in Seattle. Then Kris was able to bring Max to Canada. Only 5 months after separation in June 2011, Chie had an idea to move to Beijing with Max, and that he would have access to private schools and effectively try to sell it similarly to her move to Seattle. But it was just another attempt to isolate Max from his father and keep Max all to herself. Chie China Relocate to China Request.

Kris was very concerned that Chie’s job jumping would never stop, so he enquired about the possibility of having primary custody of Max. Chie’s reaction was to file an ex-parte restraining order. The restraining order was contested and defeated as there was no cause for it, but it did end up triggering an official parental evaluation to determine custody as well as a temporary parenting plan. That process took a few months and the evaluation came out in Dec 2011. Parental Evaluation for 12/28/2011.


By the end of 2011, litigation had already heated up with various motions in the court system. But 2012 would turn out to be a brutal year of litigation. During this time, Chie started drumming up allegations of child abuse and dragged Kris through 2 mediations and 5 arbitrations.

In March 2012, Chie’s lawyer sent a letter stating that Chie’s mom in Japan had stage 4 colon cancer and had six months to live. She also inadvertently disclosed instructions from Chie regarding a relocation and change to the parenting plan. As a result of that disclosure, Kris did not give consent for international travel as required by the parenting plan. Chie forced it to arbitration and the arbitrator gave her permission to go, citing a lack of evidence. Chie Kawabata Arbitration Decision on Traveling to Japan on 5/17/2012.

She planned her trip, and on June 5, she signed the paperwork with a new lawyer on her Intent to Relocate to Japan before getting on the plane to Japan with Max. Kris was served 4 days later when she was already there and there were already great concerns she absconded to Japan with Max. Property division hadn’t even been decided yet but it ended up exceeding $100,000. The arbitrator ultimately stayed travel to Japan as a result as Chie misled the facts. Chie Relocation Motion and Arbritation Final Decision against Ms. Kawabata.

By the point, Kris owed his lawyer a great deal of money and fighting this relocation was going to be an uphill and expensive battle. So she withdrew and Kris objected to the relocation and filed a motion to block the relocation on a temporary basis. Among the many reasons cited, Chie had not paid any of the property division that was owed in an effort to impede my ability to fight the relocation properly. Objection to Relocate Petition on 6/26/2012

As a result of that filing, Chie did pay $30,000 which was enough to get his lawyer back on the record. The evidence of foul play from Chie was so overwhelming that the court rendered a stunning victory against the relocation. Successfully blocking a relocation against the primary parent is exceptionally rare. But even more rare was the fact that the court ordered that Chie pay 100% of the costs of a second parental evaluation.

That second evaluation strongly recommended against the relocation. One would think that at this point, dropping a relocation action would be the right thing to do. It is very difficult to overcome expert opinion and anyone in their right mind would have dropped it. But she pushed on. She actually deposed the evaluator at great cost and when that backfired, she plowed through to trial anyway. She had to go! Her 3rd lawyer withdrew two weeks before trial and managed to find a 4th lawyer to take on the case with only a week to trial. Parental Evaluation for 9/4/2012.

Words cannot describe how crazy that trial was. Chie was a habitual liar going completely against common sense, while Kris continued to stay the course. Not only did Kris prevail at trial to block the relocation, he was also awarded half of his trial costs due to Chie’s ongoing intransigence (which basically means obstinately uncompromising) and lies. And her 4th lawyer withdrew after the trial.

Chie’s next step was to hire an appellate lawyer to appeal her relocation loss and the costs award. This is an incredibly expensive proposition for her. So Kris had to hire one too to defend and at this point he had already spent nearly $80,000 in legal fees. His main lawyer had to withdraw a second time due to a high balance owing and couldn't afford multiple lawyers fighting on multiple fronts. Not to mention that Kris also hired a collection lawyer to garnish Chie’s wages for the past several months.


Kris remarried in Nov 2012 and they are expecting a baby boy in October 2013. There is only so much money to go around, so he acted pro-se (without representation) for the past several months as he tries to dig himself out of litigation debt.

In 2013, Chie also hired her 5th family lawyer to continue to harass Kris with unnecessary litigation. She filed a contempt motion against Kris which failed, and she filed a motion to recalculate child support, which ended up going in Kris’ favor. She pushed hard to arbitrate travel to Japan and for Max to enter a private school in Bellevue for Kindergarten at a cost of $25,000 per year. It just never ended with her. The litigation had already come full circle for things that were already litigated in the previous year.

Due to the school schedule, Kris has the majority of the summer break and other breaks in addition to every other weekend. Max was up in Vancouver from June 28th through July 15th. That would be the last time Kris saw Max in person. When Max is with Chie, there are 3 regularly scheduled Skype calls between Max and Kris. Those continued while she was in California

Chie took a trip with Max to Los Angeles and San Francisco where the majority of her friends reside. Ultimately this was her goodbye tour, as she secretly boarded a flight from San Francisco to Tokyo on July 26, 2013. The last Skype contact Kris had with Max was on July 25. She started making up strange excuses for missing Skype.

Kris grew suspicious and called the daycare and found he had not attended the daycare at all that week. Kris called the police and they started investigating. They discovered they were not at the home, but looked inside the windows and saw that the place looked like it had been partially packed up. His worst fears were realized. Her last email confirmed she was in Japan illegally with Max.

Since the last email Chie Kawabata has gone off the grid. After the police did research of the local residents they were able to quickly confirmed the worst of fears, Chie did indeed flee to Japan, and Max went with her. Unfortunately due to circumstances, the courts cannot do anything about since Chie has gone outside of United States Jurisdiction. It is cases like this that as a gaming journo, human being, and a grown man find breaking my heart. In what should have been a peaceful custody share, Chie has run away causing it to turn ugly, and in doing so has caused writers like myself to take action. In light of this there is a shimmer of hope that Max will be brought back to his father from Japan and will be in his rightful home. 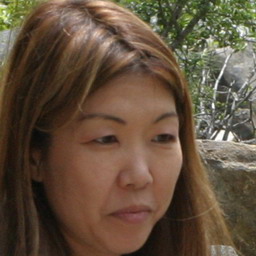 Warning: If you see the woman above or the child in the pictures above, please call local authorities. She has abducted by him to Japan against court orders.


Authors Note: I want to thank Kris Morness for his time in working with me as well as his patience he has shown. It has been a major help in doing this article and providing me an insight of these occurrences first hand.