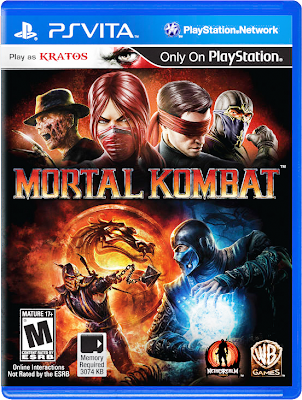 Final Opinion:  Mortal Kombat for PS Vita had a chance to go the distance to match that of the PS3 and 360 titles that it was ported from. Unfortunately it feels as if NetherRealm dropped the ball and didn't take time to fine tune features such as graphics and animations. They did however manage to deliver a good on the go experience that will fulfill any Mortal Kombat players craving. The only downside to this is that the title does not feature cross-play between PlayStation 3 and PS Vita leaving it out in the cold on its own.

Mortal Kombat for the PS Vita is everything I expected it to be for a port from the more graphically demanding console titles. Mortal Kombat for the Vita shows this flaw almost immediately when players enter the character selection only to see the models that appear to have never been touched up from a graphical stand point. The character models are pixilated, muddy, and seemingly left in what could be considered a beta phase of sorts. It becomes more evident that the team didn't take time to truly program or touch up graphics when the game goes from cut scenes to actual fights. This is where it gets worse as the graphics seemingly degrade dramatically. It was bad enough seeing this sight for sore eyes till my eyes set place on the beautifully done fighting arenas that look as if they had more time spent on them to show the pure raw power of the PlayStation Vita. On the bright side of it all it felt as if the developers did spend time to fine tune the game itself for the Vita. The game play for the title was seamless thanks to the well done controller transition from console to handheld. Mortal Kombat's controls remain unchanged except for a few additions that had been implemented due to the lack of the back triggers like the PS3 and the XBox 360 have. To make up for this they added the use of the PS Vita touch screen that allows for fatalities and some "Test Your Might" challenges to be completed using it and of course the motion sense technology inside the hand held. 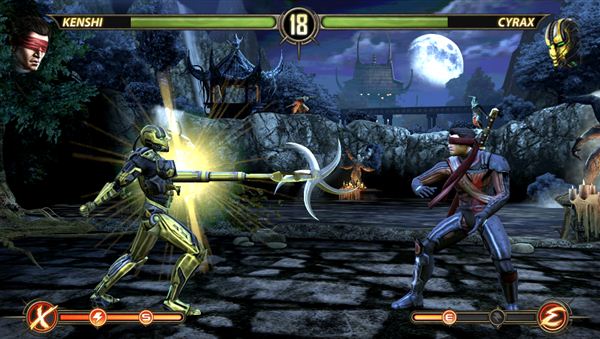 In this title players are going to be familiar to many of the game modes available including the return of the hardest - The Challenge Tower. In Mortal Kombat for PS Vita, players will be quick to take on over 150 total challenges. Some of the challenges will vary to using the motion sense, the touch screen and of course sheer will power to complete the challenges that wait. These challenges have proved to be quite funs even though some are downright frustrating. My frustration was put aside when I decided to step up to the plate and introduce myself to a multiplayer that I was expecting to be as broken as the console versions. Once into the multiplayer the frustration was broken. Never once was a form of latency to show up nor was there once a loss of connection from a fight in progress. The PS Vita version has seemingly fixed many problems that the console versions have.

It was easy to tell that the Mortal Kombat team spent a lot of time and effort working on the multiplayer since it was a quick, hardcore, and in many ways stayed true to what makes Mortal Kombat Unique - blood filled. Mortal Kombat for PS Vita was quick to show off the new "Finish Him" moment when I decided to use the touch screen to perform one of my favorites of all time scenes of Subzero turning Scorpion into a baby via using the Babality commands. In seconds I got to see Subzero do what was memorable as a mockery to Scorpion - turn him into a baby. After the scene was done and the moment of laughter was finished it was time to go to the campaign and see how well it made the transition from consoles to handheld. Sadly the transition was not beautiful as would be expected. The campaign once again shows one of the flaws that would keep me from touching another Mortal Kombat on the Vita, the graphics, frame rate drops, and of course the horrid transition from cinematic to game play. 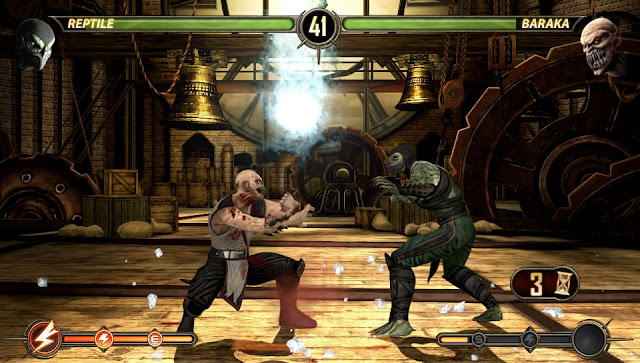 With the campaign players once more undergo a rather familiar tone of playing the role of Mortal Kombats familiar fighters. At the start of the story the game introduced me to multiple fighting styles from Jax, Sonya, Liu Kang, Raiden, and Nightwolf to name a few. The story remained in depth and well written as is expected. Giving the players an idea that the war in the Nether Realm has once more occurred players get to see the story from multiple aspects. These multiple aspects is also what will give players the full background story whether they want it or not. With the story being well rounded it seeks to not disappoint and leave players hungering for more. Hopefully the Vita will get that as well if we see another chapter to the Mortal Kombat franchise reboot.

Overall Mortal Kombat for the PS Vita is not a title that should be looked lightly upon. It stays true to what made Mortal Kombat unique; the blood, the fighting, the side to side combat, and of course a story that will leave players astonished. With Mortal Kombat for Vita players who are on the go will certainly feel as if NetherRealm had stayed true to the legacy and let it live on as a on the go title.

Graphics: Character models are muddy, dark, and require a lot of touch ups. Each fighting arena feels as if it was pulled directly from console versions, leaving this game to wonder if it could have looked like the PS3 title. Not to forget the fact the graphics also find a bit of a frame rate infrequently.

Sound: Great soundtrack and voice over’s that match that of the console versions as well. From bone crunches to be-heading the sounds transferred very well giving players a console like experience.

Controls: Adapted from the PS3 and XBox 360 the controls transferred well thanks to the help of the touch screen giving added support.