Defiance: Enter the Castithan DLC First Impressions
Originally Posted on and Copyrighted by Blast Away the Game Review on 8/21/2013
Written by Dustin Murphy 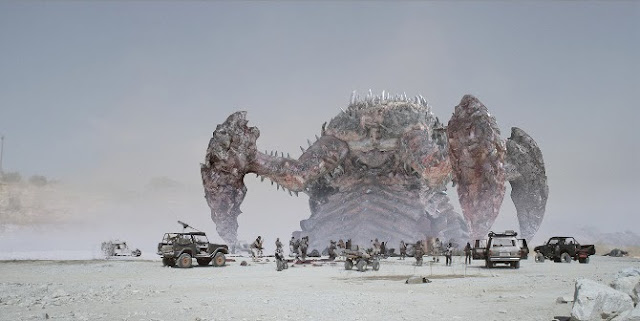 After having spent a majority of the night prepping notes from GamesCom live blog streams I figured it was time to put on my Turtle Beach X12's and turn on Defiance. Instead I was greeted with a rather hefty update having left me XBox 360 game file size sitting around seven gigabytes of memory on my hard drive. Thankfully with a 250gb HDD it was more than enough for my hands on experience with the DLC now that it has released. Before I go indepth lets recap the changes that came forth for players. Please note the patch notes have been taken directly from the Defiance Patch Forum.

Purchasing the Pack will grant you the following:

1 FREE CHARACTER RECUSTOMIZATION
* If you want to play a Castithan but don't want to make a new character, your account will have one free character recustomization where you'll be able to change your species and appearance.

NEW TRUCK: THE RAPTOR
* A truck to ride in for you and three of your closest friends, claimable in the Bits store.

UNIQUE OUTFIT
* Deck your character out in a Castithan styled outfit, claimable in the Bits Store.

The following content will be available to all players:

CASTITHAN CHARGE BLADES
* Wield a newly added weapon type that can be acquired through Battle Arena mission rewards, the Thorn Liro vendor, or as rare drops from Tier 4 lock boxes.

CHARGE WEAPONS
The Bay Area now has a new type of weapon that can be charged for a special effect, acquired through random loot drops or from the Thorn Liro vendor.

VOLGE SIEGES
They're back by popular demand! Capture points around the Bay Area and defend them from the Volge threat.

NEW PVP MAP: MILITARY ACADEMY
* Fight head-to-head in this all new 16 on 16 capture and hold map!

DUELING
* You can now challenge anyone to a one on one duel anywhere in the world.

After having spent some time with it I walked away due to the normal MMO patch day bugs, now that I had decided  to revisit the game, I was actually left quite happy and amused with what I got to experience. From the new music in the background in-game and on menus to the combat music, the title has taken a rather large re-release (theoretically that's what this is). I even noticed many graphical improvements that had taken place and made the game run smoother. However, I was quick to get hands on with the character editing thanks to Trion Worlds' ability to allow a one time race change, and that's exactly where I went to. First of all the Castithan facial presets are amazing, I don't mean amazing as in just "shiny", I mean they look as if they have been directly drawn from the TV show. The next hands-on impression was the ability to once more access my PVP customization and of course my free charge pack weapons. The Charge Pistol and Charge Sniper were the first things I used to violate any teams of peace with the Volge doing their new siege mod, which features the Volge as well as challenges that will reward players with Volge helmets, please look at the challenge log for information.

Another hands on was something I was beyond excited to experience - Dark Matter Arkfalls. The thing that impressed me was the sheer size of this thing. What was amazing was the technicality behind it as well as the rising difficulty. The Dark Matter Monolith was not something I was expecting. Instead of like the Hellions just mindlessly flying around to hunt players down, the Monolith was smarter in the developers creation. The Monolith would slam the ground, fire a major area of effect slam to knock players back, and when damaged enough it would react by flying off, and then assaulting players from the air with mini-nuclear like explosions rendering people either dead or pretty close to it. This to me wasn't just a partial challenge, instead it was a huge challenge, let alone the fact Dark Matter troops of all sorts WILL guard their precious mech.

After spending almost an hour taking down the Monolith my co-op partner and I decided to go on pursuit of the enigmatic Thorn Liro, a secret organization inside of the Castithan peoples, and we soon learn why. Disguised as an arena, the Thorn Liro sect is a secret society of assassins, and they are truly powerful. Experience the Arena they had in multiple locations after a simle seek and find quest line I was able to finally get my hands on this and walked away wanting more. Much like any shooter title arena, the Thorn Liro arenas pit players against wave after wave of enemy in a balanced time frame, with it is the objective is to keep your score multiplayer up, and ultimately become the top contestant. Lets just say if you want those Charge Blades, you earn them. The downside? Only way to customize their color is to purchase with real world currency and convert them to in-game shop money called "bits".

With the challenges I spent some time exploring the new graphics improvements, world music, and lastly the new character voices. I can already say, the Lunatic is the best for both male and female. With this I also got to enjoy several of the new PVP maps, which will be mentioned in the upcoming "Enter the Castithan DLC Review". For now I can definitely say this is an update the game was badly needing and will only seem to improve as time goes on.

Enter the Castithan is now available and will run consumers without the Season Pass a hefty 10 bucks or they can purchase the Season Pass for 39.99 USD and actually save a few dollars as the DLCs come out one at a time within the next year. Defiance for consoles is also available for a price of 19.99 USD for XBox 360 and PS3. For you PC players the game will run you an easy 9.99 USD on Steam.