A Blast Away the Game Review Exclusive Q&A. 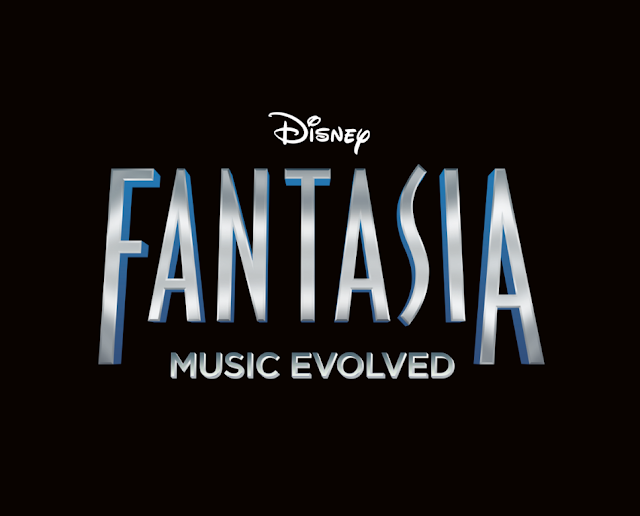 Earlier this year at E3 2013 Disney Interactive and Harmonix revealed their Microsoft XBox 360 and XBox One Kinect focused title; Disney's Fantasy: Music Evolved. When they revealed it players were quick to see an amazing trailer with several actors dancing, but also acting out the playing of this magical upcoming title.The highlight of it? Control, transform, and create. In this game, players enter the magical realms of Fantasia after being selected by the legendary sorcerer Yen Sid to strengthen their musical and magical prowess as his new apprentice. "Fantasia: Music Evolved" will take players on a truly beautiful, artfilled, motion-controlled music journey, truly unleashing their musical prowess during this experience. For those that are a bit out of the loop, Harmonix is very well known for their group focused music rhythm title's under the name Rock Band. With this step we are truly seeing a new evolution in rhythm based motion gaming.

At the beginning of this month I had spent some time speaking with John Drake who is one of the PR members of Harmonix. Thankful for his responses I was able to contact him and his fellow PR member Nick Chester, with their assistance I had been able to make a Q&A email that was responded to by the Project Lead Director, Daniel Sussman. In it were questions regarding the upcoming title that truly made us here at Blast Away the Game Review very excited to share the results! -Fantasia as seen is noticeably a Kinect title that is based off a musical master piece many of us grew up with. In this title can we expect to have a close to the same experience as the original? In his response he had stated that "Disney Fantasia: Music Evolved" has been designed using the creative pillars from the masterpiece film as inspiration. That said, it is a very different experience. Where the film is a passive viewing experience, the game is interactive. The player is interacting with music and using that music to impact and bring the environments to life. With that answer having been given I was quick to notice this when I sat down and re-watched the on-screen performances given from E3 by Community Manager Annette Gonzalez and Program Designer Daniel Chace of Harmonix. Having watched them play "Bohemian Rhapsody" we saw many of these influences into the title.


In my Q&A I had also stated that players will notice that "Fantasia: Music Evolved" players will quickly note that it's Kinect focused and will be focused on the music and interactivity I asked Harmonix if players will be able to experience the game as if they were characters from the title. His response left me even more excited. According to Mr. Sussman, they are truly excited about their narrative arc that will frame you, the player, as the Sorcerer's Apprentice. As you travel through the different realms of Fantasia, you will encounter a variety of characters, and if you keep your eyes peeled, may see a few cameos from some familiar characters. This has truly left an impression that the original concept of Fantasia plays a big tribute to this title and will surely be seen as it comes to players who search. With the XBox being very noticeably focused on community I questioned how this will play in on this title, and if we will see a multiplayer aspect . His response was everything I expected and in truth more. It was stated that Harmonix is planning for a local multiplayer mode and the title will support for a variety of online features. However, it was also stated they do not have more to announce yet on the behalf of XBox Live Gold Members, and we should stay tuned for further announcements.


With the XBox One coming soon I had to ask if there will be changes coming due to the limitations of the XBox Kinect Version 1.0 and if we can see a difference in room requirements for the XBox 360 Camera. In truth I got more than I expected, and this is truly great news for Kinect enthusiasts. Their response stated that with the XBox One camera that it is a phenomenal piece of technology and a generational improvement over the original Kinect. Having stated that, I was also enlightened that they have a lot of experience designing for the Kinect, and they will be delivering an accessible and engaging experience across both XBox 360 and the XBox One. In my questionnaire with Daniel Sussman I also stated that I grew up as a huge fan of "Fantasia" and would dance around to the scene of Mickey making the brooms and buckets do all his cleaning work in Yen Sid's basement. With it I questioned if fans alike would be able to experience to act out the scene in all of it's 1080p HD glory. Daniel however did state that he can't give me spoilers, but he did state that players will have a lot of new, really fun moments that will captivate people who love the film.

Taking a brief moment from my questions to of the film I decided to ask Daniel how the human body will interact with the title itself since Kinect titles are truly human interaction based. He stated that there is a tremendous amount of tech that goes into their detection schemes. The basic principle of their design is to develop a physical relationship between the player and the music. where the film drew a really tight connection between music and the visuals. Walt Disney described Fantasia as an adventure in color, sound, and motion. Daniel Sussman also stated that it is a very vivid quote and describes their approach to this title. In their case, motion refers to the gestural control that is driving the experience behind "Disney's Fantasia: Music Evolved".


I asked Mister Sussman with how the title is a non-age restrictive title how him and the team at Harmonix as well as Disney are working together to make the title playable by gamer's of all ages. His response is amazing. He stated that Harmonix has a legacy of creating interactive experiences that are available to a wide demographic. He also stated that Disney has a legacy of creating entertainment for all. In his view, this opportunity is a great match of companies that are trying to bring a novel interactive experiences to a wide audience. I also stated that I grew up loving Fantasia and Disney both, and that I had also heard that Disney is a great partner for multiple companies they've worked with. I asked Daniel of their experience with Disney and the experience been when it comes to working with them to bring Fantasia to an entertainment based gaming system. According to Daniel they have had a great time working with Disney. They've given their team at Harmonix an unparalleled access to the archives at Disney to allow them to get into the minds of the creative team behind the original team. He also stated that there is a tremendous sense of history with the Walt Disney Company; it has also been an honor to become a part of that great heritage.

At the end of my Q&A with Daniel Sussman, Lead Project Director at Harmonix I questioned him when us the world can see this master piece on their televisions and how much it will be. He graciously answered stating that "Disney Fantasia: Music Evolved: will be out in 2014. He also stated that "I know that's a big window, but we're still working on the game and have a lot to work to do yet. As soon as we narrow down the launch window, we'll let everyone know!"

In the title we can see music from artists such as AVICII, Bruno Mars, Fun., Kimbra, Queen, and more world wide renowned artists. Songs in this title so far given to us are "Bohemian Rhapsody", "Locked Out of Heaven", "Settle Down", and "Levels" to just name a few of the confirmed songs.

In doing this Q&A it has been an enlightening experience to see how developers such as Harmonix respond to their fan base be it reviewers, game news personnel, journalists and reviewers alike. With this Q&A I would like to thank Harmonix Lead Project Director Daniel Sussman, PR member Nick Chester, and PR member John T Drake for making this opportunity possible. I also hope you our readers are now just as excited as their team, us here at Blast Away the Game Review and the rest of the world can be with this title. I would also like to thank Harmonix's team for allowing this Blast Away the Game Review exclusive article to be released.

For more screen shots released to the Press, please check out our Fantasia gallery. All pictures in it are copyright to Disney and Harmonic, and are given permission to us to use by them.
Posted by Unknown at 1:09 PM